Home Culture Three Podcasts to Listen to in March | 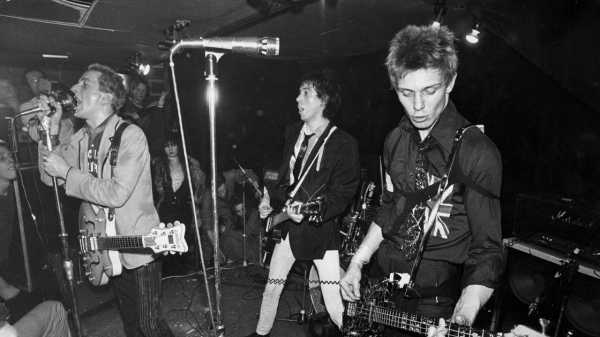 Bob Dylan wrote a song about Rubin (Hurricane) Carter, the famous middleweight boxer who was twice convicted and twice reprieved of a triple murder, in 1966, at a bar in Paterson, New Jersey, and Denzel Washington played him in a bio-pic. But a new podcast from the BBC World Service tries to do something that those works did not: solve the case. “This will be my first murder investigation, because I’m not a crime reporter—I’m a sports journalist,” the young British broadcaster Steve Crossman says cheerfully in “The Hurricane Tapes.” He brings intelligent zeal to the story and a refreshing willingness to use the word “racist” when it’s called for; he also seems to be making headway with his detective work. The series, which will conclude in April, features new interviews, great archival audio, liberal doses of the Dylan song, and fascinating excerpts from a recently discovered cache of cassette tapes of Carter talking about his life and the case.

Though I’m a big fan of both the Clash and Public Enemy, it hadn’t occurred to me that there might be a connection between those danceably rebellious and political bands—until I listened to the first episode of the delicious new Spotify podcast “Stay Free: The Story of the Clash,” narrated by Chuck D. In it, we learn that Chuck D, a radio d.j. at the time, co-founded Public Enemy after a conversation, in 1986, with a friend at Def Jam, who wanted him to become “the hip-hop version of Joe Strummer,” of the Clash—to make music with “intellectual heft” that could also “rock the party.” And reader, he did. His presence as narrator adds appealing perspective and gravitas to the podcast, which begins with the story of the Clash’s origins, in a West London riot in 1976. With a skillfully layered presentation of punk music, seventies-London audio, and interview clips, the podcast so far thrills me the way that “Mogul,” the Spotify-Gimlet podcast about the late hip-hop mogul Chris Lighty, did; I’m eager to hear the rest.

The latest podcast in Radiotopia’s “Showcase,” a reliable source of short-series gems, is the dazzling “Spacebridge,” about the communications and mind expansion of the late Cold War era, co-hosted by Julia Barton, in New York, and Charles Maynes, in Moscow. It begins with the ringing of the infamous red phone and proceeds into an improbable but true story of Soviet and American intrigue involving E.S.P. enthusiasts, satellite communications, cosmonauts, astronauts, citizen diplomats, and the development of “spacebridges,” early Internet innovations that enabled people from the U.S. and the U.S.S.R. to connect to each other during a time of nuclear anxiety and cross-cultural hope. So far, “Spacebridge” ’s audio production is artful and varied, and the story gives the listener perspective, again and again, on the Internet age and on the United States’s epic psychodrama with Russia.