Home Culture Three Podcasts to Listen to in November | 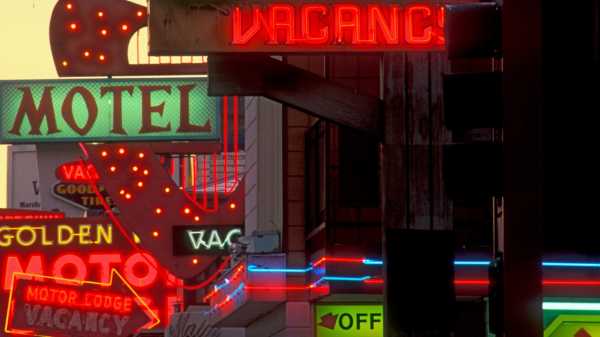 This fall brings a fresh crop of documentary podcast series, many of them timely but not overfamiliar. “Tunnel 29,” the new season of BBC Radio 4’s “Intrigue” series, reported and narrated by Helena Merriman, tells the true story of Joachim Randolph, who, in the early sixties, as a twenty-two-year-old engineering student in communist East Germany, escaped to West Berlin—and then dug a tunnel back into East Germany, beneath the Berlin Wall, to help other refugees escape. There’s plenty of spade-and-dirt action, and panting, in this Stasi-haunted dramatization of heroism, as Randolph and an unlikely team of helpers burrow toward an East German basement. But, unlike last season’s narratively unnerving “Intrigue: The Ratline” (upsetting Schloss, Nazi horrors, typewriter sounds), “Tunnel 29” finds a deft balance of realism and drama in its narration, performance, and sound design. A surprisingly lovely toast-eating scene, featuring pineapple marmalade and freedom, packs an unexpected punch.

“Bad Batch,” from the reporter Laura Beil, could fit into two genres. The first is medical true crime, as pioneered by Beil in her previous series, “Dr. Death,” about a horrifically injurious Texas neurosurgeon; the second is the startup cautionary tale, à la “The Dropout,” about Elizabeth Holmes and Theranos. “Bad Batch” delves into the promising but murky realm of stem-cell medical treatments, beginning with a deep dive into an incident in which treatments using a bad batch of stem cells, originating from a single company, almost killed several people. Beil, who hosts, takes us through backstories involving health-care fraud, a Ponzi scheme, and high-pressure stem-cell “educational seminars,” which hoodwink vulnerable people into spending thousands on dubious therapies. Four episodes in, “Bad Batch” has enlightened me more about fraudsters than science; future episodes may go further to sort out stem-cell fact from fiction. Meanwhile, I’m pleased that this series, produced, like “Dr. Death,” by the sensationalism-prone hitmaker Wondery, so far avoids the noir impulses of its predecessor.

Like Nashville Public Radio’s excellent “The Promise,” about a public-housing gambit in Nashville, the new season of USA Today’s “The City,” featuring Robin Amer and Anjeanette Damon, tells the story of a fast-changing city via one vivid enclave within it; here, it’s Reno, Nevada, and its strip clubs. A tech boom in Reno, near Elon Musk’s Tesla Gigafactory 1, has driven a real-estate frenzy and a gentrification battle, and “The City” takes us inside it—so far, to city-council meetings, private-eye stakeouts, and a newly vulnerable residential hotel. The reporting has a sensitive ear for distinctive characters, like Velma Shoals, a hotel resident determined to save her home, and Kamy Keshmiri, a straight-talking Reno native and former athlete whose family owns the hotel and a strip club. (“It’s sad that you’re bringing private investigators in to look at boobs,” he says at one point, about officials hoping to catch illegal activity at the club. “Yeah—there’s boobs.”) The series provides an impressively sweeping but intimate look at an American city; I began it knowing little about Reno and emerged wanting to know everything.