Home Culture Three Podcasts to Listen to in October | 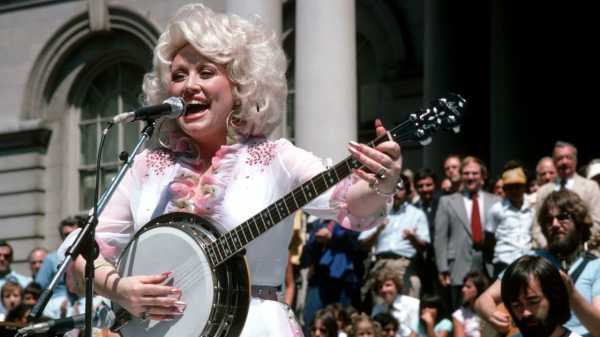 In his new podcast series, beginning October 15th, Jad Abumrad, the creator of “Radiolab” and “More Perfect,” asks an unexpected question: “In this intensely divided moment, one of the few things everyone still seems to agree on is Dolly Parton—but why?” “Dolly Parton’s America” explores the cultural impact of the zesty and self-aware icon from Locust Ridge, Tennessee, via biography, music, interviews, and sit-downs with Parton herself. In the first episode, she and Abumrad listen to her music together. “Bein’ born was the worst and the first mistake I ever made,” she sings in a song from 1983. “I used to write a lot of sad-ass songs,” she says. That leads to an exploration of the Appalachian connection to the British murder-ballad tradition, Parton’s candid lyrics, her thoughts on feminism, and beyond. A basic pleasure of the podcast is spending so much time with Parton’s voice—singing, of course, it’s a knockout, and speaking, it has a musicality all its own.

The Michigan Radio and NPR podcast series “Believed,” hosted by Kate Wells and Lindsey Smith, centers on stories from survivors of abuse by the former doctor Larry Nassar, of U.S.A. Gymnastics and Michigan State University, and in doing so helps make the incomprehensible story of his crimes comprehensible. In the course of two decades, Nassar sexually assaulted hundreds of young women and girls—Olympic medallists, student athletes, children of family friends. I discovered “Believed,” which came out last year, after watching the recent series “Unbelievable,” on Netflix, about the case of a serial rapist, and was struck by their parallels. Though the perpetrators’ situations were starkly different—one was a manipulative doctor and trusted friend, the other a violent, masked intruder—both got away with their crimes for years because survivors were initially not believed. In their podcast, Wells and Smith listen to Nassar’s former patients and their parents with sensitivity and care, presenting the story as it proceeds from chaos to conviction. “Little girls don’t stay little forever,” the survivor Kyle Stephens says to Nassar in court. “They grow into strong women that return to destroy your world.”

One of my favorite podcasts, Jonathan Goldstein’s “Heavyweight,” from Gimlet, recently returned for its fourth season. In each episode, Goldstein presents a story of a person with an unresolved issue from the past and then sets out to resolve it, often by reconnecting long-lost friends or acquaintances. (A first-season episode involves Moby, an Alan Lomax boxed set, and long-simmering resentment.) Goldstein’s writing is a pleasure to listen to—“Ah, the seventies,” he says. “All of us crying out ‘Dy-no-mite!’ when life was good, and ‘I am not a crook’ when life was bad”—his narrative skills confident and satisfying. This season begins with the story of Jonathan Marshall, who, as a ten-year-old boy, in 1974, embarked on a three-day bike trip to Vermont with three friends, riding two hundred and forty miles without adults, at the suggestion of his dad. The trip, inconceivable to rational beings today, did happen—and, as we come to discover, had startlingly different roles in the lives of his three companions. As ever, the series combines the pleasures of reflecting on the past without the burdens of thinking about oneself.