Home Culture Three Podcasts to Listen to in September | 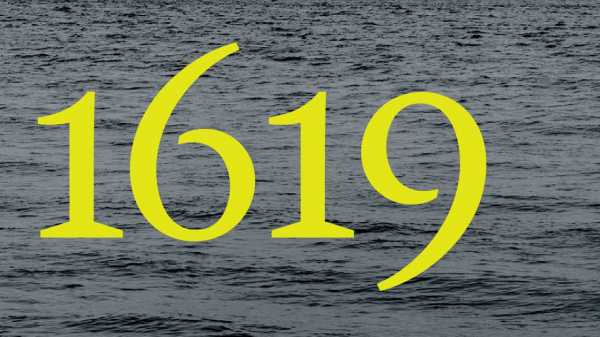 The magnificent “1619” podcast, part of the 1619 Project, from the New York Times, begins with the sound of surf and seagulls: the coast of Point Comfort, in Hampton, Virginia, where, four hundred years ago, in a ship called the White Lion, enslaved African people arrived for the first time in what became the United States. “I’m just thinking about what they went through,” the project’s creator and the series’ host, Nikole Hannah-Jones, says. Listening along with her, we are, too. Throughout, the podcast sparks empathetic recognition through powerful writing and archival audio—of former enslaved people, of former Presidents, of work songs—as it illuminates the history and legacy of how the United States was built simultaneously on the language of freedom and the economics of slavery. The series is sweeping and intimate, excellently written, consistently surprising. The third episode, “The Birth of American Music,” traces how black Americans have shaped popular music—and it begins with a discussion of yacht rock. The critic Wesley Morris’s joyful observations—including his descriptions of Kenny Loggins’s singing in “This Is It,” involving metaphors about pan-scraping and church rafters—are revelatory.

The ever-unfolding story of the late financier and convicted sex offender Jeffrey Epstein is both horrific and dizzyingly incomprehensible: the more we learn, it seems, the more our incredulity deepens. How did Epstein acquire so much money and power? How was he allowed to get away with what he did? Who knew what, and when? Much of the groundbreaking investigative reporting in the Epstein case comes from Julie K. Brown, of the Miami Herald, and I’m grateful for the new podcast “Broken: Jeffrey Epstein,” executive-produced by Brown and hosted by Ariel Levy, of The New Yorker, which began last week and will help us put the pieces together. (It’s also produced by Adam McKay, of “The Big Short” and “Vice”; Adam Davidson, of The New Yorker; and Laura Mayer, formerly of WNYC.) The first episode features commentary by Brown and audio by survivors of Epstein’s abuse. Levy rightly observes that Epstein was “obviously a twisted guy, but also a reflection of the worst in who we are”; how we reckon with that is yet to be revealed.

The long-running, independent, Seattle-based podcast “BirdNote,” I’m happy to report, offers brief daily escapes into the world of feathers and birdsong. “Some cloudless night in September, when the air is clear, take a seat outside and turn your binoculars to the sky,” Mary McCann, the narrator of the recent episode “Nighttime Flights of Songbirds,” says, over the sound of gentle woodwinds. “With patience and a bit of luck, you may see birds flying across the yellow face of the moon.” Here we learn how night factors into the September migrations of orioles, warblers, sparrows, and tanagers; other recent episodes explore bee hummingbirds, in Cuba; Vivaldi’s inspiration by goldfinches; and the difference between ravens and crows. “BirdNote” is only two minutes long—short enough to listen to every morning—but its archive is fifteen hundred shows deep, if you find yourself needing more.

Why Trump says he may leave meeting with Kim Jong Un...

Why 2020 Democrats need to have a serious debate about policing