Home Culture Tips for Changing Your Menu Without Enraging Customers, from Sweetgreen | 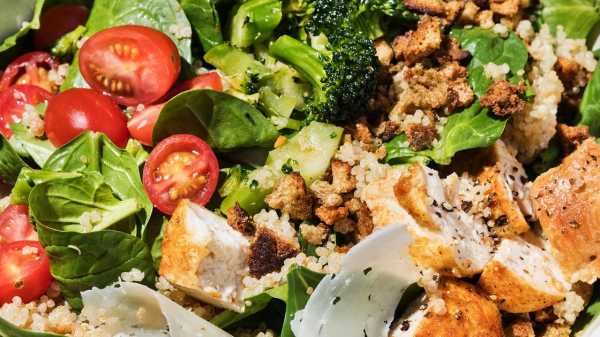 What if McDonald’s had come up in the Facebook age? The other day, Jonathan Neman, the C.E.O. of the fast-casual chain Sweetgreen, called a meeting at the company’s Los Angeles “treehouse” (headquarters, in the parlance of Ray Kroc) to finalize the rollout of a new menu. A modern, minimalist slinger of chopped salads, Sweetgreen strives to get everyday Americans excited about greens. Fans of its fare, which includes exotic fixings like za’atar bread crumbs and spicy sunflower seeds, grow attached to their favorite salad formulations and can lash out on social media when the offerings change. (In 2016, one Twitter user estimated that the company had lost a thousand dollars of his business, and counting, by doing away with bacon.) Neman, thirty-three, who started Sweetgreen with two Georgetown University classmates, in 2007, wanted to forestall the potential fallout from the new menu, which was introduced in the restaurant’s eighty-seven locations, in March, by reviewing a contingency plan that he began working on last year.

“The extreme example we use is Apple, when they take things away,” such as the headphone jack. “At the time, you’re, like, ‘Are you crazy?’ ” he said. “But then you get AirPods and you’re, like, ‘I can’t imagine my life without them.’ ” Neman, slim and with wavy brown hair, wore a collarless Aztec-print shirt. “We try to get in the consumer’s head. What are the friction points for eating healthier, and how do we increase desire and reduce friction?”

Friction flared when Sweetgreen removed the Sriracha brand of hot sauce from its menu, in 2016, prompting an outpouring of angry tweets and e-mails. Neman refers to the episode as “our Srirachagate.” “I answered a lot of those e-mails personally, and as soon as I explained why I did it, they got it,” Michael Stebner, Sweetgreen’s forty-five-year-old culinary director, said. He wore a short-sleeved version of chef’s whites. “We didn’t want to come out and say, ‘Hey, Sriracha is really bad for you, it’s twenty per cent sugar.’ ”

“Not that we have something against sugar—it’s just the hidden sugar,” Neman said. “For us, it’s all about transparency.”

To formulate five new permanent salads (seasonal ones come and go depending on ingredient availability; Sweetgreen sources its food from local farms), Stebner tested thirty with focus groups in Sweetgreen’s lab, below the treehouse, and four other restaurants. “We came up with the idea of capturing the flavor of chicken Parmesan in a bowl, and then we iterated,” Stebner said. “I love the Japanese term for continuous improvement: kaizen.” He pronounced the first syllable like the letter “K.”

“Kaizen,” Neman corrected him, so that the the first syllable rhymed with “sky.”

“Kaizen,” Stebner said. “Really, that’s what it is.” He called the resultant salad, the Chicken Pesto Parm, “our Big Mac. It’s the one that appeals to a lot of people, and it might appeal to a guy who does not want to eat at Sweetgreen.”

The new menu axed four salads; fans of those particular dishes received advance notification via e-mail. (Sweetgreen tracks user data.) It also got rid of shrimp as a protein option. “It was often taken out and it was rarely added,” Neman said. Stebner replaced shrimp with tofu in Sweetgreen’s new and theoretically improved Thai salad. In a video defending the decision, which never aired, he said, “If you were a Rad Thai fan, it wasn’t necessarily because of the shrimp, it was because of the dressing and all the other flavors.”

Casey Gleason, forty-one, Sweetgreen’s food and beverage director, planned to deal with ornery customers at the point of purchase. Corporate staffers would parachute in with recommendations akin to the Amazon algorithm: “If you liked the Rad Thai, you might like the Spicy Thai.” “We will rally, as a company, around helping customers that are not happy,” Gleason said. “I’m sure we’ll give away a lot of salads doing that.”

One salad forced into retirement was OMG Omega: greens, steelhead (a type of trout), and miso dressing. Focus groups preferred steelhead with lime, cilantro, and tortilla chips, hence the new Fish Taco salad. Gleason noted that Sweetgreen’s smartphone app makes it possible to custom order an approximation of the OMG Omega. He and Neman debated revealing this to the salad’s fans.

“We could just put the version of the OMG Omega on the app,” Gleason said. “We tell people, ‘You can basically still make it.’ ”

“Only the people who ordered the OMG Omega see it,” Neman said. “We don’t want to be that company that has a hundred things and then there’s, like, this paralysis of choice.” (Stebner had mentioned how the Tex-Mex chain Chili’s once offered three items.)

“The idea is to lean towards choicelessness,” Neman said. He had folded his legs into an approximation of a lotus position. “I don’t know if it’s even a real word, but I use it a lot. It has to do with decision fatigue. People have to make decisions all day long. We want it to be easy to choose, ‘That’s what I want.’ ”

The men went to the Sweetgreen lab, skirting through the lunchtime crowd—the lab is in the back of a restaurant that’s open to the public—to an area behind the main kitchen. A whiteboard listed ideas for a kids’ communal dining menu (broccoli tater tots). “We’re testing all kinds of things,” Neman said. Stebner fetched new salads for a final sampling; Gleason left for a conference call. Neman tried the Avocado Lentil. Has he always been a salad person? “I just like healthy food,” he said. “I think salad’s just, like, a great platform for it.” He forked a bite of the Chicken Pesto Parm. “It’s so good, bro,” he said to Stebner. His phone buzzed. “I’m being summoned.”

As Stebner dug into the Spicy Thai, the salad with tofu instead of shrimp, he recalled a focus group in Virginia, where he met a forlorn fan of the shrimp version. “It’s a preconditioned thing, most people don’t like tofu,” he said. “There’s all of us, this percentage of people that are adventurous eaters, or whatever you want to call us, who feel like, ‘Oh yeah, tofu in there makes total sense.’ But the rest of the world is not ready for tofu in a salad.” He laughed. “They’re not even ready for a salad.”

Guardiola shows sympathy for Xhaka over dispute with fans