The artist Tom Gauld is, for many British readers, a familiar presence. Gauld lives in London and draws weekly for the Guardian and New Scientist, where his strips have become known for their wry, playful erudition. (That sensibility is suggested in the title of Gauld’s new book of postcards, “The Snooty Bookshop.”) We recently talked to Gauld about his work, his productivity, and how he manages to get through the winter.

Your image contrasts a lush indoor setting with a drab outside. Do you spend much time outdoors?

I like taking walks. Whenever I’m stuck on an idea or tired of drawing, I go for a walk and it almost always seems to help.

What strategies do you use to get through long and cold winter days?

I grew up in the north of Scotland, so the winters here in London feel rather mild to me. When I was a kid, the winter days were so short that I’d go to school in the dark and come home in the dark. It sounds rather depressing to me now, but I don’t remember feeling that way at the time. In fact, I rather miss the drama of heavy snowfalls and properly freezing winter weather. 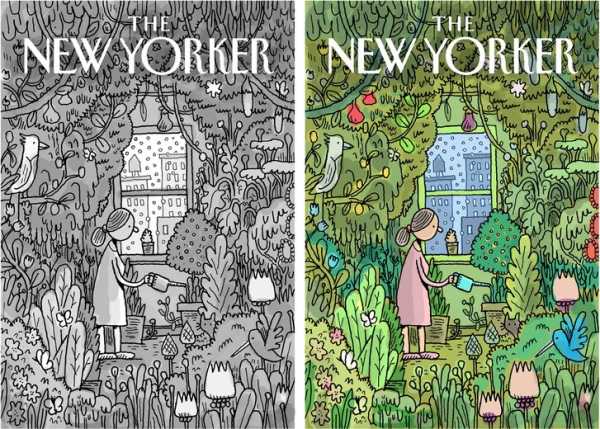 Did you ever grow indoor plants, and was it your inspiration here?

Now that you mention it, I don’t think I’ve ever even attempted to grow anything indoors. I like the idea of gardening but never get around to actually doing much. When I conceived this image, I was thinking of my uncle’s house when I was a child. We lived in the countryside with a big garden surrounded by fields and forests, but he lived in the city in a small house that was completely stuffed with plants. It made a real impression on me, and I can clearly remember sleeping there once with a big plant looming over me.

I should also acknowledge the help of my wife and daughters. My color palette is usually quite muted, but the plants in this image had to look really lush. So I took the image home and they helped me stray outside my comfort zone and choose colors which hopefully feel bright but not garish. 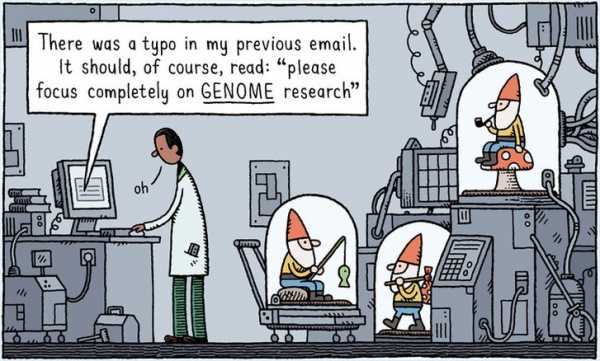 One of Gauld’s recent cartoons for New Scientist.

How do you generate enough ideas for a weekly cartoon for the Guardian and for New Scientist?

I try to write down or quickly sketch every idea I have, however strange or unfinished, in a notebook, sketchbook, or notes app. Sometimes I look back through the ideas and something that had made no sense six months ago forms into a new idea.

I find deadlines are a great spur to my creativity. The feeling of time running out seems to help me focus on choosing one idea and making it work, rather than flitting between the endless possibilities or becoming paralyzed by perfectionism.

One of Gauld’s recent cartoons for the Guardian.

See below for other covers that have celebrated indoor gardening: 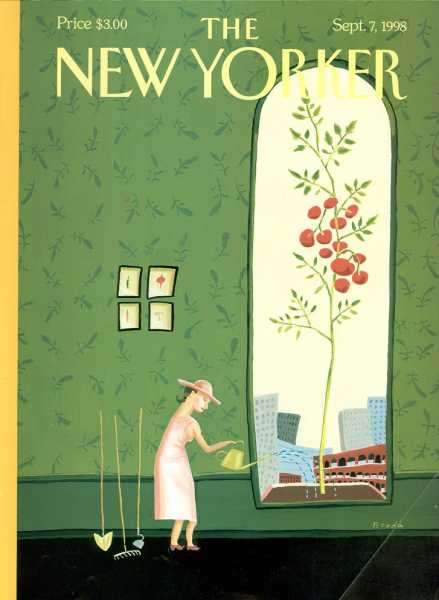 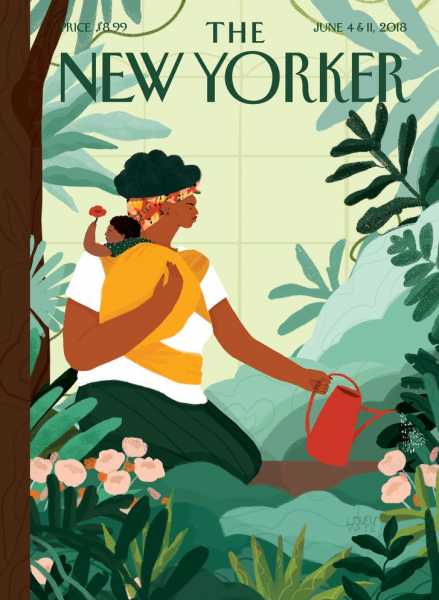 Polls show Americans are closer to Democrats than Donald Trump on...

The human feet that routinely wash ashore in the Pacific Northwest,...

Theologian Examines if Discovery of Alien Life Could ‘Kill’ Religion