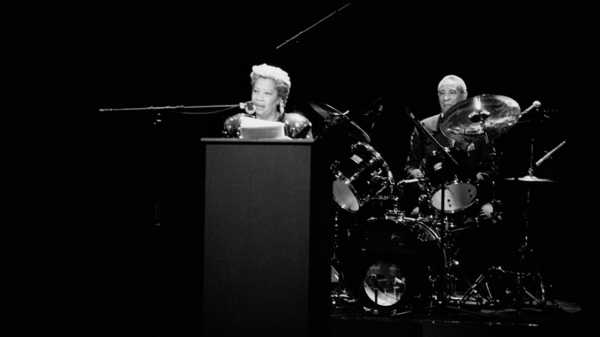 Toni Morrison was such an exceptional talent, and seemed to float so high above the fray, that it’s easy to forget she was a product of her time. But she was profoundly influenced by the work of contemporary musicians. She wanted her writing to emulate, she told the scholar Paul Gilroy, “all of the intricacy, all of the discipline” that she heard in black musical performance.

Literary critics sometimes compare Morrison’s writing to jazz, the genre after which she titled her novel from 1992, and whose cultural prestige as “America’s classical music” befits her canonical stature. But Morrison, who wrote with relish in “The Bluest Eye” about the “funkiness of passion” that erupts despite attempts at feminine respectability, shared as much with the gritty virtuosity of soul singers as she did with the most cerebral forms of jazz. Her work resonates with the music of those soul artists alongside whom she honed her craft: the grand ambition of Isaac Hayes, the moral clarity of Curtis Mayfield, and the erotic truth-telling of Aretha Franklin. But the soul artist who is most closely aligned with Morrison is Nina Simone. “She saved our lives,” Morrison said of the singer, after Simone’s death, in 2003. Simone meant so much to her, and to other black women, I think, in part because of how she turned social exclusion into superlative beauty and style. It was this recuperative alchemy that defined soul, as a music and an ethos. And, if Simone was soul’s “High Priestess,” Morrison was one of its literary architects.

Simone was born two years after Morrison, in 1933. A musical prodigy by any measure, she played piano in her mother’s church while she was still a toddler and studied classical music throughout her early life. But her dreams of becoming a classical pianist began to wither when she was denied admission to the Curtis Institute of Music, in Philadelphia, owing to her race. It was a foundational trauma, but Simone made of it a radically new aesthetic: a mixture of classical, gospel, the blues, and anything else that inspired her. “I was and still am influenced by everything I hear,” she said, citing Bach, Louis Armstrong, and Marian Anderson as examples. By the nineteen-sixties, she had turned her institutional homelessness into a righteous artistic nomadism.

In Simone’s recording of the jazz standard “Love Me or Leave Me,” she weaves a solo around a Bach-style fugue. In “Mississippi Goddam,” she couches a statement of black rage in a show tune, like a concealed explosive. But she most explicitly turns marginalization into sonic innovation in her recording of “Ain’t Got No, I Got Life” (or simply “Life”), from the rock musical “Hair.” With her rich and pointed voice, Simone catalogues her deprivations: “Ain’t got no home, ain’t got no shoes, ain’t got no money, ain’t got no class. . . .” Nor does she have family, friends, culture, perfume, food, faith, love, or God. What she does have is, simply, herself:

Especially in light of Simone’s song “Four Women,” which details the “pain inflicted again and again” on a series of black women, her recording of “Life” marks a striking reclamation of the black female body as a source of pleasure and pride. The song anticipates Morrison’s famous scene in “Beloved,” in which Baby Suggs instructs black people to love every part of their much-maligned flesh. But, even beyond Simone’s lyrics, her integrative technique itself—her use of gospel piano, blues melisma, classical riffs—refutes myths of black deprivation. Here instead is expressive abundance.

This mode of turning supposed lack into plenitude shapes all of Morrison’s work, but it is especially clear in her novel “Sula,” from 1973, which she composed at the height of the soul era. She seems to echo Simone’s recording of “Life” when she describes Shadrack, a young shell-shocked veteran of the First World War, as finding himself “with no past, no language, no tribe, no source, no address book, no comb, no pencil, no clock . . . no soap, no key, no tobacco pouch, no soiled underwear and nothing nothing nothing to do. . . .” What Shadrack does find amid this crisis is his blackness. Seeking his reflection in a toilet bowl (he has no mirror), he feels “joy” at the sight of his black face: “When the blackness greeted him with its indisputable presence, he wanted nothing more.”

Shadrack lives on the edge of an all-black town called the Bottom, where the novel’s protagonists, the best friends Sula and Nel, come of age in the nineteen-twenties. Morrison writes that the girls “had discovered years before that they were neither white nor male, and that all freedom and triumph was forbidden to them,” and so “they had set about creating something else to be.” That “something” never quite coalesces, but the search for it cements their bond, which outlasts betrayal, estrangement, and death.

Black female friendship was as crucial to Morrison’s process of writing “Sula” as it was to her main characters. In her foreword to the 2004 edition of the book, she explains that she started work on it in 1969 as a single mother “strapped for money,” and relied on a network of other single mothers for “time, food, money . . . and daring.” “Daring” was especially important, because “in the late sixties, with so many dead, detained, or silenced, there could be no turning back simply because there was no ‘back’ back there. Cut adrift, so to speak, we found it possible to think up things, try things, explore. . . . Nobody was minding us, so we minded ourselves.” These women, like Sula and Nel, were making something else to be. And Morrison’s experience of that kind of community—as a friend, and later as an editor, at Random House—was a key difference between her life in the arts and that of the exiled and often alienated Simone.

It was perhaps Morrison’s sense of being “cut adrift” while writing “Sula” that allowed her to craft such an experimentally syncretic work—a literary counterpart to Simone’s multi-genre music. “Sula” begins in the dreamlike mode of a fable; proceeds as a series of short vignettes told from different perspectives; includes omniscient reflections on townspeople’s behavior and theology; and showcases luminous description, fantastic narrative devices, and theatrical yet perfectly pitched dialogue. It is as strange and stunning a work as Morrison would ever create. This is the richness of black life when no one else is looking—a life touched, but not defined, by white supremacy. This is the reality that Morrison dedicated her life to representing.

There is a version of “Life” that Simone recorded live in Paris, in 1968, in which she performs a false ending: she plays a closing cadence, then strikes up a funk jam to keep the song going. The device enacts the virtuosic recovery that was intrinsic to soul. So it is fitting that Morrison should stage a series of narrative false endings in “Sula.” Although one would expect the novel to end with the death of its title character, it doesn’t. Nor does it end when Shadrack leads most of the townspeople into a protest that ends in mass death. The novel structurally performs the fantastic will to proceed that Morrison saw as characteristic of black life in this country. As she herself notes in the recent documentary “Toni Morrison: The Pieces I Am,” “Nobody else could have loved as much as we did. Went on with life as much as we did. Carried on. And considering the efforts to make sure we never did—considering that, it’s amazing.”

In one of “Sula” ’s more incredible moments, Sula muses on her death in the moments after she has died: “She was not breathing because she didn’t have to. Her body did not need oxygen. She was dead. Sula felt her face smiling. ‘Well, I’ll be damned,’ she thought, ‘it didn’t even hurt. Wait’ll I tell Nel.’ ” Outlasting her own last breath, Sula embodies the soul-music ethos of overcoming everything, with wit and style. So it is with Morrison. It’s hard to believe she is gone. Wait until she tells us that she isn’t.