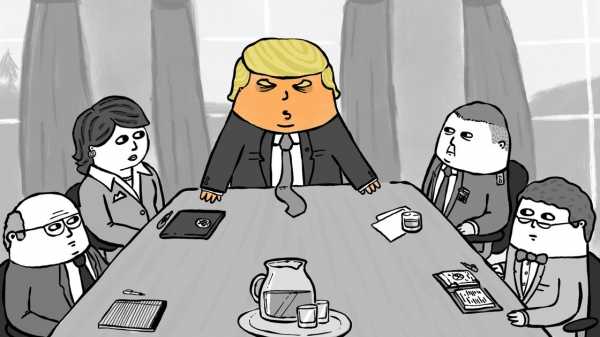 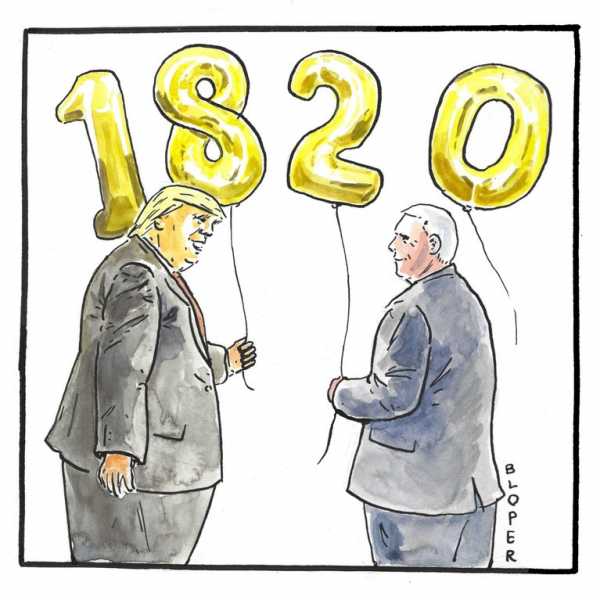 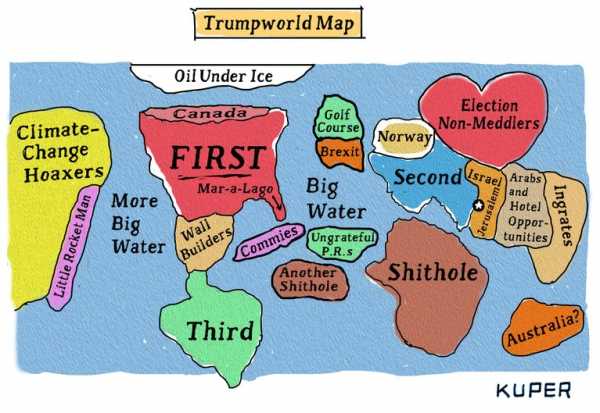 23Chapter 369: in which President Pooh gets stuck in his border wall. 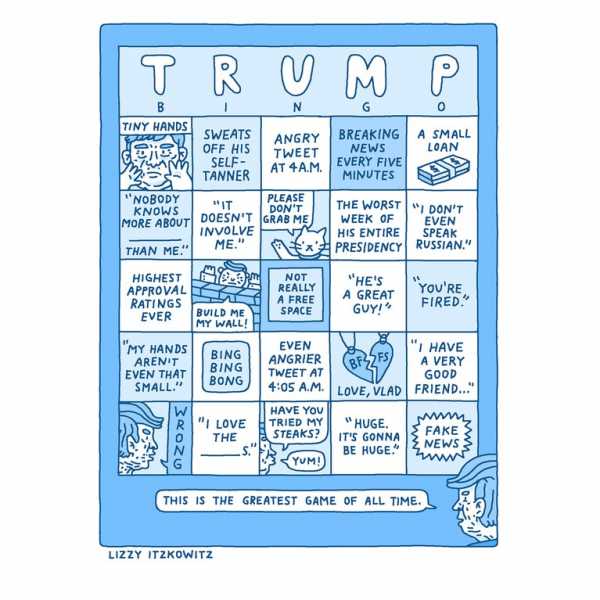 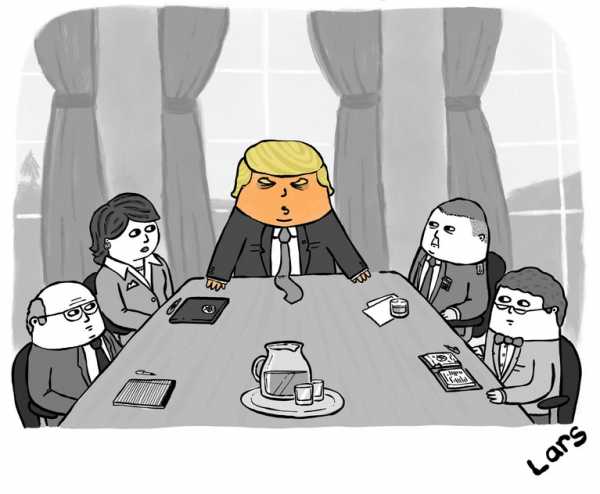 Looking for a well-earned holiday from Donald Trump? Well, you’ve come to the wrong place, and I’m sort of worried about your ability to use the Internet. Why don’t you take a second to double-check that your “Aunt Frances” on Facebook is not actually a Russian troll. I’ll wait. Good? Great. But even the most search-savvy among us find it difficult to evade the President. He can text us now! At any time! And never forget that we’re one misspelling away from war with North Corea!

But who wants to consume only melatonin and videos of fainting goats? (Me.) No, we’ve got to look this thing right in its ugly orange mug and say, “Ha!” Or, perhaps, “Hahahahahaha.” An “LOL” might even do the trick. To that end, I’ve compiled some killer Trumpian Daily Cartoons from the past twelve months. For the uninitiated, Daily Cartoons are the more timely editorial gags that we publish each morning on newyorker.com. Want them in your in-box every single remaining pre-apocalyptic day (along with a bevy of other laughs, political and otherwise)? Sign up for the Daily Humor newsletter here. Maybe sign up Aunt Frances while you’re at it.

As you do that, let me set a scene for you: first thing in the A.M., I wake up, read headlines, cry, look at some fainting goats, and then turn to the Daily Cartoon submissions for some sweet relief, in single-panel form. Some cartoonists draw our Commander-in-Chief in grotesque fashion, some creepily infantile; once, he was depicted as a literal dumpster fire. For this slide show, I’ve limited myself to gags that explicitly address Trump, and not just end-of-days Trump-fuelled despair, or any of his infinitely satirizable goon squad. So pour yourself a stiff drink and prepare to laugh through the tears. Or cry through the laughs. Whatever gets you to 2019, when things, without a doubt, will only be heating up.

Meghan Markle Says She is ‘Too Well-Known’ to do Normal Things...

Hong Kong Police to Deploy Thousands of Officers Ahead of Mass...