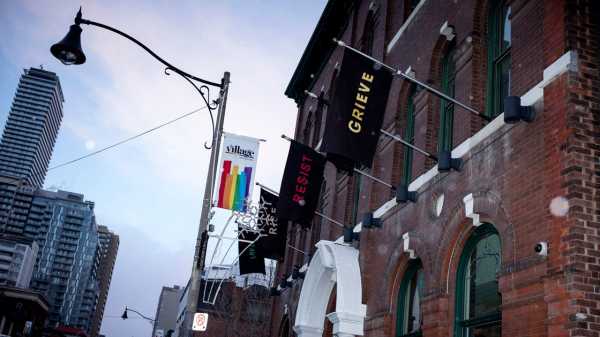 Early in the first episode of the new podcast “Uncover: The Village,” from the Canadian Broadcasting Company, we visit the garden of a woman named Karen Fraser, at her house, on a quiet side street in Toronto. It’s August, 2018, and Fraser is showing the podcast’s reporter and host, Justin Ling, her flower beds, or what’s left of them; she describes “tulips and daffodils along here, lots of periwinkle.” All of this, Ling says, “was designed and maintained by her faithful gardener, Bruce.” For the past decade, Fraser allowed a family acquaintance, Bruce McArthur, to use space in her garage to store equipment for his landscaping business. In exchange, he tended to her yard. In early 2018, Toronto police told Fraser and her partner that they would need to leave the property—the police needed to excavate. In what became the largest forensic investigation in Toronto police history, officers found the remains of eight men in Fraser’s planters and a nearby ravine.

In February, McArthur, sixty-seven, was convicted, in a Toronto criminal court, of killing those eight men, all of them gay and six of them immigrant men of color, between 2010 and 2017. McArthur’s conviction, Ling tells us, answered some painful questions that “had hung over Toronto’s queer community for years”—questions that began with an awful series of disappearances, whose horrors of which were compounded by the inadequacy of the police investigation. It also reopened another, possibly related, set of mysteries, which “go back decades, to a time when being gay meant being a target; to when the community had to defend itself, because police wouldn’t; when the closet was, for many, just a safer choice than coming out; to a time when queer people were winding up dead and their killers were getting away with it.”

“The Village” is the third season of “Uncover,” whose previous seasons explore the NXIVM cult and an airplane bombing. “The Village” feels particularly vital; Ling, an investigative journalist who writes and produces the series with Jennifer Fowler and Erin Byrnes, is emotionally invested in the story and has reported it, with thoroughness and care, for five years. (He’s publishing a book on the case in 2020.) A few years ago, Ling tells us, it seemed that police had moved on from investigating the cases of the missing men. “Those disappearances nagged at me,” Ling says. “This was personal. This was my community.” Many, including Ling, suspected that the victims’ “sexuality and their skin color made them easier to forget.” “The Village” is as much a gesture toward healing as it is a work of investigation; its focus is on the victims, their loved ones, the police, and the community, not on McArthur and the murders. The care that Ling brings to the story elevates it beyond true crime; what’s being uncovered isn’t a culprit but a history.

The site of that history is Toronto’s Gay Village. The neighborhood is about three city blocks, Ling says, and it’s decorated with pride flags, rainbow spirals, disco balls, and “a bronze statue of a dapper man with a flowing coat and a walking cane.” The American version of “Queer as Folk” was set in Pittsburgh but filmed there. For many—including foreign-born Canadians and people from small towns in Canada, including Ling—it’s a refuge of sorts. Skandaraj Navaratnam, nicknamed Skanda, had moved there from Sri Lanka and went missing, in 2010, at age forty. Navaratnam was “hilarious,” his friend Joel Walker says, and he loved him for it. “If I was in a bad mood, he’d draw it out of me, and immediately I’d be fine.” Skanda was a skilled pool player; he liked to wear jewelry; he liked older men, whom he called “silver daddies.” One of these was McArthur—who was “very, very jealous and very, very obsessive and controlling,” Walker says. One day, Navaratnam disappeared, without his wallet, his I.D., and his beloved puppy. His friends were panicked, with little recourse beyond “Missing” posters and police efforts that seemed to lead nowhere. 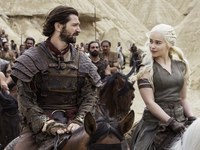 Three Podcasts to Listen to in April 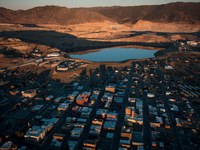 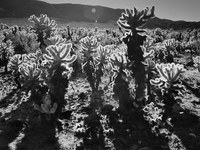 “Case Closed,” Reviewed: Do We Really Want a True-Crime Podcast with Answers? 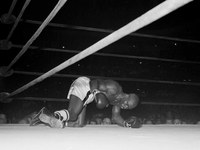 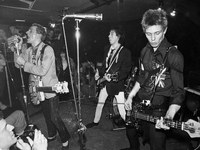 Three Podcasts to Listen to in March 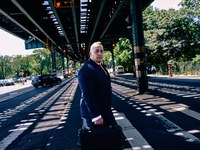 We hear such details about several of McArthur’s victims. Majeed Kayhan, known as Hamid, had moved to Canada from Kabul, with his wife and kids, and had struggled to come out to his family; his friend Kyle Andrews had seen him with McArthur. Abdulbasir Faizi, an Afghan immigrant with a wife and children, disappeared in December, 2010. The police set up a task force to investigate the three disappearances and asked the public to come forward with information. Kyle Andrews talked to them; they discussed Bruce McArthur.

In a recording, from 2016, Ling asks Toronto police for information, and they give him a two-page report about their investigation. Flagging the men’s credit cards and alerting border agencies, the summary said, had “not returned any evidence as to their whereabouts or even a path of where they may have headed.” Ling is flabbergasted—where they may have headed? Implying that the men had skipped town seems willfully disingenuous. In 2017, Selim Essen, an immigrant from Turkey, went missing; two months later, Andrew Kinsman, a widely beloved, and white, bartender, disappeared without his medication or his cat, further terrifying an increasingly anxious community. On the last day Kinsman was seen, he’d written a word on his calendar: “Bruce.” In the photograph on his “Missing” poster, Ling says, he was wearing a Bob & Doug McKenzie T-shirt.

Friends say that it “took some coaxing” for the police to realize that Kinsman hadn’t just left town. “You kind of had to underscore to them that this was very out of character for him,” a friend says. Police set up another task force, to investigate the disappearances of Essen and Kinsman, and held a meeting at a community center in the Village which was tense and packed. We hear some of it. Police say that they’ve found “no evidence of criminality,” no evidence to link the disappearances, no evidence of a serial killer. A month after the meeting, they arrested McArthur, after finding Kinsman’s and Selim’s DNA in his van. Their remains, along with those of Essen, Navaratnam, Kayhan, and Faizi, were found around Karen Fraser’s property, as were those of three men who had not been part of the police’s task-force investigations: Soroush Mahmudi, an immigrant from Iran with a wife and stepson; Kirushnakumar Kanagaratnam, a refugee from Sri Lanka; and Dean Lisowick, who was homeless at the time of his disappearance and whose absence was not reported.

This all plays out in the first two episodes, which illustrate why the community felt not just particularly vulnerable but also unheard by the police, who seemed under-aware of the community’s particular needs and reluctant to seriously take murder as a possibility. In the third episode, Ling takes the narrative on a sharp turn—back to cold-case mysteries that he mentioned at the beginning of the series and the tortured history between police and the gay community in Toronto. In the seventies, a rash of murders of gay men struck the city, several of them characterized by “overkill”—excessive brutality that marks a crime as rage-driven, personal. At that time, McArthur, then in his twenties, had worked nearby. Could he have been involved? As Toronto police look for McArthur’s fingerprints amid old cases—communicating little about the details—Ling investigates, too. “I figure if Toronto Police are dusting off a bunch of cold-case murders, so will I,” he says.

In the process, he re-creates some of the world of the Village in the seventies, revealing joy and pain in equal measure. A gay bar called David’s Discotheque, one of the neighborhood’s first gay-owned gay bars, featured a life-sized fountain replica of Michelangelo’s David in the middle of the dance floor. “I realize it sounds a bit tacky, but I wish so badly this place was still open,” Ling says. “This would be my kind of club.” Its owner, Sandy LeBlanc, was killed in 1978, at age twenty-nine—stabbed dozens of times, in his apartment. Ling tracks down LeBlanc’s siblings, in rural New Brunswick, who talk about their brother and the case with extraordinary grace. He talks to police, too, including a well-meaning retired cop who had understood the “overkill” murders to be the work of gay killers who “had not come to terms with their sexual problems.” Gay sex wasn’t decriminalized in Canada until 1969, and many police officers and straight civilians associated it with criminality. In the seventh episode, Ling talks to a kindly widower whose partner died in 1979, in police custody, after he was arrested by “morality officers” in the men’s room of a gay bar. Raids on sexual activity in bars and bathhouses were common; growing frustration with these raids helped lead to gay-rights activism in Toronto.

As he investigates all of this, Ling makes fascinating headway. One of the most compelling things about this podcast—and there are many—is the sensitivity with which he seeks out and listens to the people who felt neglected for so long. “Uncover: The Village” is thoughtfully produced, but it doesn’t signal to you, as many crime-related podcasts do, that it’s entertainment. Its minimal music reflects your emotions without manipulating them; Ling’s narration isn’t self-dramatizing. The series is engrossing because of its powerful story, Ling’s dogged and far-ranging reporting, its sympathetic characters, compelling scenes, and a patient, well-paced narrative. But those elements can be found in good true crime. What sets “Uncover” apart is that it aims to serve something beyond its audience: more than a whodunit, the series feels like a kind of truth-and-reconciliation commission, in podcast form. What’s important isn’t the edification of those listening but the solace of those being heard.

Another Plane From Russia Delivers Coronavirus Aid to Italy – MoD

‘Finally, you are back’ – Jurgen Klopp hails Sadio Mane after...