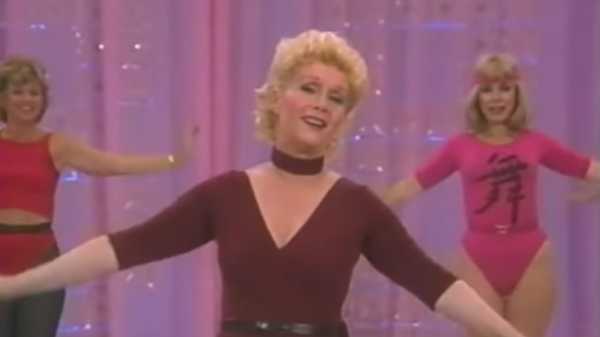 In 1983, Carrie Fisher posed for the cover of Rolling Stone sporting a metal bikini that she’d made infamous, as Princess Leia, in the “Star Wars” films. Twenty-six years old at the time, she looked footloose and fancy free, sitting on a beach towel with one leg thrust into the air, her arms thrown out wide to grasp the paws of a snuggly Ewok standing behind her. In reality, she was terribly uncomfortable. In an essay published a decade and a half later, Fisher wrote that the iron negligee was “what supermodels will eventually wear in the seventh ring of hell.” In the same piece, Fisher compared her own public image to that of her mother, the actress Debbie Reynolds. “My mother was always the girl next door,” Fisher wrote. “I wasn’t quite girl-next-door material; I was the girl-next-dogstar, the one in the titanium thong.” Fisher and Reynolds, who died a day apart, in 2016, had a hot and cold relationship; like any mother-daughter duo, they travelled in different generational orbits. Reynolds was a product of the classic Hollywood studio system: a pert triple threat who tap-danced her way through “Singin’ in the Rain” and then had to play the part of the Guileless Good Girl in the tabloids for decades. While Fisher’s image was more volatile, the product of New Hollywood’s wild, maverick filmmaking, Reynolds conveyed an affable stability. She knew how to take care of herself, she knew how to laugh at herself, and she knew how to persist in a business that is very good at casting women aside.

The same summer that her daughter appeared on the cover of Rolling Stone, for instance, Reynolds recorded her own exercise video. Whereas Fisher was miserable in her “Star Wars” bikini, Reynolds, who was fifty-one at the time, willfully donned a low-cut burgundy leotard—with matching tights, a matching choker around the neck, and a slim waist belt—to show off her middle-aged maintenance routine. “Do It Debbie’s Way,” which came out as both a VHS and an LP record, in 1983, is a marvel, a wacky and endearing item of cultural ephemera that reflects, in good humor, the way so many aging women felt about their bodies during the hedonistic “Me” decade. For the video, which was recently posted in full on YouTube, Reynolds invited several of her Hollywood pals—Dionne Warwick, Teri Garr, Rose Marie, Florence Henderson—and a crew of younger women in lycra and leg warmers to sweat with her for an hour. The studio where this took place—bubble-gum-pink carpeting, the word “Debbie” lit up in giant razzle-dazzle lights, and, for some reason, a crystal chandelier and a pair of Doric columns—looks like the Barbie Dreamhouse meets the mansion from “Sunset Boulevard.”

It is clear from the outset that Reynolds does not take her special too seriously. In some introductory remarks, she talks about trying to watch other celebrity tapes (this is the era of Jane Fonda’s frenetic, high-stepping cardio blasts) and not being able to keep up. This is a workout for ladies, by which she means older broads who might appreciate the occasional low-impact leg lifts. “No matter what shape you are, no matter what age you are, we can still look better,” Reynolds tells the camera. “We can feel better. So, why don’t we?” In the subsequent hour of buttock tucks and tummy twists, set to dopey big-band music, Reynolds treats the studio like a coffee klatch. She shouts out random items of gossip about Marlon Brando; she yells “I hate exercise!”; at one point, she starts making up nonsense songs about how doing crunches is lousy. She is self-effacing and breezy and full of more one-liners than a comic working overtime in the Catskills. While on all fours, lifting one leg behind her, Reynolds says, “If I only had a hit record, I wouldn’t have to do this!”

Still, the real star of the video is Reynolds’s longtime friend (and sometimes foil) Shelley Winters. Once a studio-system regular herself, Winters decided to leave the strictures of contract work behind in order to return to New York and focus on method acting. By the nineteen-eighties, she was a famously irascible character, unabashedly herself at all times. (In her memoir, “Unsinkable,” Reynolds recalled how, when the two co-starred in the 1971 horror film “What’s the Matter with Helen?,” Winters once “ripped off all her clothes, stomped out of the fitting room stark naked, and left the set” after a row with the costume designer.) In Reynolds’s video, Winters shows up wearing sweatpants and a sweatshirt that reads “I’m Only Doing This for Debbie,” and then refuses to do exercises with the rest of the group. Instead, she sits in the back, behind rows of Olivia Newton-John look-alikes, goofing off and heckling Reynolds. “Hey, Debbie, are your bulges supposed to hurt?” she asks. During some thrusting exercises, she jokes that she used to do similar moves in a motel; at another point, she asks how many of the women have slept with Howard Hughes (several, including Reynolds, casually raise their hands). During an ab routine, she opts to simply lie on her belly.

Reynolds seems both exasperated by these antics—Winters could at least join in for the shoulder shrugs, she says—and delighted by them. To the viewer, Winters’s refusal comes across as a break in the fourth wall of the entire exercise-video genre: all of the pressures on women are a sham, she seems to say, and I am here to prove it. The sparkly pink set is, in the end, made of cardboard and held together by glue, like so many things in Hollywood. Watching “Do It Debbie’s Way,” I picture a trio of women in 1983: Fisher posing in her iron thong, Reynolds lunging in her raspberry spandex, and Winters lounging in her oversized sweatshirt. I admire Winters’s decision to sit out the ab curls, but I feel empathy for all three late actors, each of them pushed and pulled and shaped by stardom, each finding her own way to navigate its constraints.

What to Stream This Weekend: Movies in the Spirit of Philip...

At Parris Island, training is an equalizer