Home Culture What Can We Learn from the Germans About Confronting Our History? | 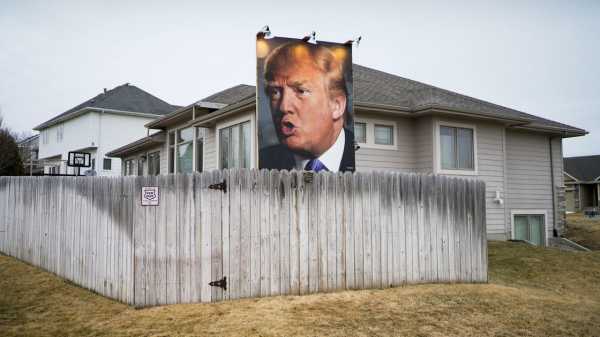 When Donald Trump recently tweeted a dark warning of a “Civil War like fracture in this Nation” were he to be impeached, it was further evidence of his Administration’s troubled relationship with that period in American history. The President has also suggested that the abolitionist leader Frederick Douglass was still alive; asked, “Why was there the Civil War?”; and described white supremacists rallying around a Robert E. Lee memorial as “very fine people.” His former Attorney General, Jeff Sessions, compared California’s immigration laws to Confederate secession; Trump’s former chief of staff, John Kelly, referred to Lee as an “honorable man” and said that the Civil War was caused by a “lack of ability to compromise.”

But the philosopher Susan Neiman argues that it’s not just Trump or his Administration. Most white Americans are fuzzy on the cause of the Civil War—slavery—and even more are unaware of the decades of racial terror and oppression that followed Reconstruction: lynching, convict leasing, mass incarceration, racist labor practices. “For many people, and I’m including myself until recently, the period between 1865 and the 1955 Montgomery bus boycott is just a blank,” Neiman told me the other day. This is not incidental. If Americans were more familiar with the darkest parts of the country’s past, she argued, “it’s hard to imagine that Trump would have been elected.”

Neiman, an American who directs the Einstein Forum, a public think tank outside of Berlin, has recently published a book, “Learning from the Germans,” that makes the case for an American version of Vergangenheitsaufarbeitung, a word that she translates as “working off the past,” which refers to the decades-long process through which Germany has come to terms with Nazism and the Holocaust. Today, the country isn’t free from racism and anti-Semitism, as the recent attack on a synagogue in Halle showed, but its culture and politics remain deeply informed by its history. All of the arts, including TV and film, regularly refer to and treat Nazi history. And the country pauses to perform what Neiman calls “public rites of repentance” around events such as the liberation of Auschwitz, Kristallnacht, and the end of the war. Then there’s the iconography: the Holocaust Memorial sits at the center of a reunified Berlin. There are also the famous “stumbling stones”—small brass plaques placed throughout the city to mark where Jews and other victims of the Nazis last lived, before they were deported. By comparison, she writes, “Imagine a monument to the Middle Passage or the genocide of Native Americans at the center of the Washington Mall. Suppose you could walk down a New York street and step on a reminder that this building was constructed with slave labor.”

Neiman was in town recently, and she visited the exhibit “Auschwitz: Not Long Ago, Not Far Away,” at the Museum of Jewish Heritage. In her book, she points out that the Nazi era is, ironically, quite prominent in American culture. There are more Holocaust museums in the U.S. than in Germany, Israel, and Poland combined—and almost none devoted to slavery. This isn’t an accident, either. Imagining Nazis as “monsters who are not like us” allows us to “outsource evil,” she said at the museum. In the book, she calls our fixation on the Holocaust “a form of displacement for what we don’t want to know about our own national crimes.” She talked about the backlash when Alexandria Ocasio-Cortez referred to migrant detention camps at the U.S. border as concentration camps. It made people think of Auschwitz. “But that’s not a concentration camp,” she said. “It’s a death camp.” We tend to focus on the very worse, and forget everything else—the many smaller camps, and lesser crimes, that the Nazis also committed. Were those not evil, too? “People talk about never forgetting, and learning the lessons of Auschwitz,” she said. “As long as you’re not putting people in boxcars and gassing them on arrival, then you’re not evil. Unfortunately, that is the lesson that way too many people have learned.”

Neiman’s interest in such comparisons comes from her life experience: she grew up in Atlanta, during the nineteen-fifties and sixties, witnessing both segregation and the civil-rights movement. Her mother, a Jewish housewife from Chicago, took part in a campaign to desegregate Atlanta’s schools. And she has spent much of her adult life in Berlin, as an American Jew. She first moved there, in 1982, to study German philosophy, and was shocked by “how present the war was in everybody’s mind.” The people she hung out with—politically progressive people, including artists and academics—seemed to talk about it constantly. “I thought, ‘Why are they so focussed on this, when Americans seem to do their best to forget history?’ In a certain sense, that question, the ways in which the Germans have faced their national crimes and catastrophe, has been on my mind ever since.”

She decided to write about it four years ago, after watching President Obama’s eulogy for victims of the Charleston shooting. Dylann Roof, a twenty-one-year-old white supremacist, had murdered nine African-American churchgoers during a prayer service. Nikki Haley, then the governor of South Carolina, signed a bill removing the Confederate flag from the state’s capitol. Walmart stopped carrying Confederate-themed merchandise. “It really did seem like a turning point,” Neiman said. America was starting to confront its past. “I thought, I’ve been thinking about this stuff for the past thirty years. Maybe I have something to contribute.” Then came 2016 and the election of Donald Trump; also a turning point—just not the one Neiman had expected. “Trump’s racism has been so out front, and so horrifying, that I think a lot of white Americans are recognizing for the first time just how deep it goes,” she said. “Three years ago, the term ‘white supremacy’ was not being used outside of departments of post-colonial studies. And now it’s the New York Times and the Washington Post.”

To research her book, Neiman read a variety of German writings from the postwar period: philosophy books, prisoner-of-war memoirs, best-selling novels. She learned something that she’d never realized before: for a long time, everyday Germans didn’t feel bad about the Holocaust, or their country’s descent into Nazism. Instead, they made excuses for it and thought of themselves as innocent victims. She paraphrased the arguments: “Terrible things happen in war. It was bad for us, too. Our cities were destroyed. Our young men were murdered. We were occupied by foreign troops.” A Nazi brother or uncle was “just defending his homeland.” To a Southern reader, this sounded familiar. “They started sounding like defenders of the Lost Cause,” Neiman said. This German denial came as a shock. “When I first came to Berlin, I would meet people who would tell me, ‘My parents were Nazis,’ and they were ashamed and upset,” she said. “But they would never say, ‘My parents were Nazis, and they thought they were the worst victims of the war.’ ”

The lesson for Americans—particularly those involved in racial-justice work—is that “Nobody wants to look at the dark sides of their history,” she said. “It’s like finding out that your parents did something really horrible. There’s always going to be resistance. It’s normal, and it’s something we should expect.” So what made the Germans change? Neiman writes about a number of historical factors, but the most important, in her opinion, was “civil engagement” by the German public, beginning in the nineteen-sixties. A new generation came of age. “They realized that their parents and teachers had been Nazis, or at least complicit in Nazi atrocities, and were outraged,” she said. A small and often controversial vanguard insisted on digging up history that older generations had refused to discuss. People called them Nestbeschmützer, or “nest-foulers.” But the process they set in motion—a process of uncovering the past and talking about it—eventually reverberated throughout German society.

For argument’s sake, let’s imagine that Trump’s tweet was wrong, and the “Civil War like fracture in this Nation” doesn’t come to pass. Instead, he and his allies lose the 2020 election. A new Administration comes in, dedicated to helping the nation “work off” its historical crimes, to avoid the coming of a Trump 2.0. What can we learn from the Germans? A few things, Neiman said. First of all, any attempt at Vergangenheitsaufarbeitung must be “multifaceted.” It can’t be confined to schools or museums. “Otherwise it’s boring, and it takes on the character of propaganda,” she said. Germans don’t learn about the Holocaust in just one way. “You really can’t escape it,” she said. “It’s in art works, in literature, in movies, in television, done in different keys and in different registers. There’s no one message.”

Similarly, government initiatives can’t just be a top-down, federal effort. “It needs to be local, spurred by citizen engagement,” she said. She talked about the Stumbling Stones project, which a German artist began in 1996, and which is now the largest decentralized monument in the world, with plaques all over Germany. “In many, many parts of the country, it’s citizen-financed,” Neiman said. “So if you want to put a stumbling stone in your house or in front of your building, you have to research the history of the people who lived there, you have to come up with the fee, a hundred and twenty euros, and get permission from the city. It’s quite interactive. And thousands of people do this.” Meanwhile, white Americans are still getting married at plantations—a practice that Neiman said Germans would probably view with horror. “After all, plantations were concentration camps for black people,” Neiman said.

Her final lesson was about balance. She brought up a charge recently made by conservative critics of the Times’ 1619 Project, which commemorates slavery: that focussing on the worst parts of a nation’s history is depressing and, worse, delegitimizing. “They complained about it in Germany as much as Newt Gingrich and company are complaining about it now—‘It’s going to tear the social fabric, and we won’t have a national identity anymore! People won’t have anything to celebrate!’ ” There’s some truth there, she said. When planning monuments, “I think it’s really important that it not just be sites of horror, that we also remember heroes.” Is this to make us feel better about ourselves? “Yes,” she said. “I make this analogy which may seem a bit hokey: having a grownup relationship to your history is like having a grownup relationship to your parents. As a kid, you believe everything they tell you. As an adolescent, you may be inclined to reject everything. But having a grownup view involves sifting through with some distance, and saying, ‘O.K., I’m glad that my mother had those values, and that’s what I’m going to pass on to my kids. Not the other stuff.’ ” She mentioned a few of her own heroes: Sojourner Truth and Ralph Waldo Emerson, John Brown and Harriet Tubman, Woody Guthrie and Paul Robeson. She said, “It’s like being orphaned if you can’t say, ‘No, there are people, and not a few of them, in my nation’s history whom I really admire.’ ”

The White House is trying to force Democrats to choose between...