Home Culture What Happens When a Bad-Tempered, Distractible Doofus Runs an Empire? | 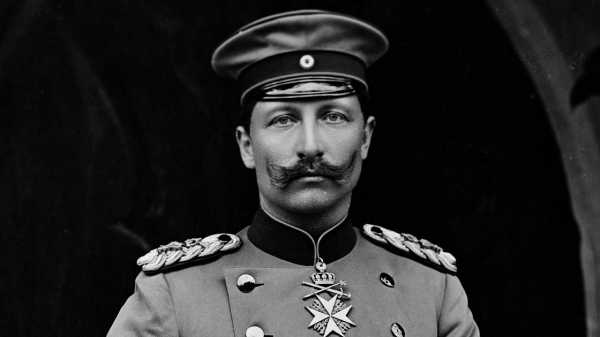 One of the few things that Kaiser Wilhelm II, who ruled Germany from 1888 to 1918, had a talent for was causing outrage. A particular specialty was insulting other monarchs. He called the diminutive King Victor Emmanuel III of Italy “the dwarf” in front of the king’s own entourage. He called Prince (later Tsar) Ferdinand, of Bulgaria, “Fernando naso,” on account of his beaky nose, and spread rumors that he was a hermaphrodite. Since Wilhelm was notably indiscreet, people always knew what he was saying behind their backs. Ferdinand had his revenge. After a visit to Germany, in 1909, during which the Kaiser slapped him on the bottom in public and then refused to apologize, Ferdinand awarded a valuable arms contract that had been promised to the Germans to a French company instead.

Not that this deterred the Kaiser. One of the many things that Wilhelm was convinced he was brilliant at, despite all evidence to the contrary, was “personal diplomacy,” fixing foreign policy through one-on-one meetings with other European monarchs and statesmen. In fact, Wilhelm could do neither the personal nor the diplomacy, and these meetings rarely went well. The Kaiser viewed other people in instrumental terms, was a compulsive liar, and seemed to have a limited understanding of cause and effect. In 1890, he let lapse a long-standing defensive agreement with Russia—the German Empire’s vast and sometimes threatening eastern neighbor. He judged, wrongly, that Russia was so desperate for German good will that he could keep it dangling. Instead, Russia immediately made an alliance with Germany’s western neighbor and enemy, France. Wilhelm decided he would charm and manipulate Tsar Nicholas II (a “ninny” and a “whimperer,” according to Wilhelm, fit only “to grow turnips”) into abandoning the alliance. In 1897, Nicholas told Wilhelm to get lost; the German-Russian alliance withered.

About a decade ago, I published “George, Nicholas and Wilhelm: Three Royal Cousins and the Road to World War I,” a book that was, in part, about Kaiser Wilhelm, who is probably best known for being Queen Victoria’s first grandchild and for leading Germany into the First World War. Ever since Donald Trump started campaigning for President, the Kaiser has once again been on my mind—his personal failings, and the global fallout they led to.

Trump’s tweets were what first reminded me of the Kaiser. Wilhelm was a compulsive speechmaker who constantly strayed off script. Even his staff couldn’t stop him, though it tried, distributing copies of speeches to the German press before he’d actually given them. Unfortunately, the Austrian press printed the speeches as they were delivered, and the gaffes and insults soon circulated around Europe. “There is only one person who is master in this empire and I am not going to tolerate any other,” Wilhelm liked to say, even though Germany had a democratic assembly and political parties. (“I’m the only one that matters,” Trump has said.) The Kaiser reserved particular abuse for political parties that voted against his policies. “I regard every Social Democrat as an enemy of the Fatherland,” he said, and he denounced the German Socialist party as a “gang of traitors.” August Bebel, the Socialist party leader, said that every time the Kaiser opened his mouth, the party gained another hundred thousand votes.

When Wilhelm became emperor, in 1888, at twenty-nine years old, he was determined to be seen as tough and powerful. He fetishized the Army, surrounded himself with generals (though, like Trump, he didn’t like listening to them), owned a hundred and twenty military uniforms, and wore little else. He cultivated a special severe facial expression for public occasions and photographs—there are many, as Wilhelm would send out signed photos and portrait busts to anyone who’d have one—and also a heavily waxed, upward-turned moustache that was so famous it had its own name, “Er ist Erreicht!” (It is accomplished!)

In fact, Wilhelm didn’t accomplish very much. The general staff of the German Army agreed that the Kaiser couldn’t “lead three soldiers over a gutter.” He had neither the attention span nor the ability. “Distractions, whether they are little games with his army or navy, travelling or hunting—are everything to him,” a disillusioned former mentor wrote. “He reads very little apart from newspaper cuttings, hardly writes anything himself apart from marginalia on reports and considers those talks best which are quickly over and done with.” The Kaiser’s entourage compiled press cuttings for him, mostly about himself, which he read as obsessively as Trump watches television. A critical story would send him into paroxysms of fury.

During Wilhelm’s reign, the upper echelons of the German government began to unravel into a free-for-all, with officials wrangling against one another. “The most contradictory opinions are now urged at high and all-highest level,” a German diplomat lamented. To add to the confusion, Wilhelm changed his position every five minutes. He was deeply suggestible and would defer to the last person he’d spoken to or cutting he’d read—at least until he’d spoken to the next person. “It is unendurable,” a foreign minister wrote, in 1894. “Today one thing and tomorrow the next and after a few days something completely different.” Wilhelm’s staff and ministers resorted to manipulation, distraction, and flattery to manage him. “In order to get him to accept an idea you must act as if the idea were his,” the Kaiser’s closest friend, Philipp zu Eulenburg, advised his colleagues, adding, “Don’t forget the sugar.” (In “Fire and Fury,” Michael Wolff writes that to get Trump to take an action his White House staff has to persuade him that “he had thought of it himself.”)

More sinisterly, Wilhelm’s patronage of the aggressive, nationalistic right left him surrounded by ministers who held a collective conviction that a European war was inevitable and even desirable. Alfred von Tirpitz, Germany’s Naval chief—who realized at his first meeting with the Kaiser that he did “not live in the real world”—consciously exploited Wilhelm’s envy and rage in order to extract the astronomical sums required to build a German Navy to rival Britain’s, a project that created an arms race and became an intractable block to peace negotiations.

The Kaiser was susceptible but never truly controllable. He asserted his authority unpredictably, as if to prove he was still in charge, staging rogue interventions into his own advisers’ policies and sacking ministers without warning. “You cannot have the faintest idea what I have prevented,” his most obsequious aide, Bernhard von Bülow, complained to a friend, “and how much of my time I must devote to restoring order where our All Highest Master has created chaos.”

The Kaiser’s darkest secret was that every few years—after his meddling and blunders had exposed his incompetence or resulted in a crisis—he would suffer a full-blown collapse. His entourage would scrape him off the floor, and he would retire to one of his palaces, where, prostrate, he would weep and complain that he’d been victimized. After the moaning came the pacing, in uncharacteristic silence. Occasionally he would give way to tears. Gradually he would recalibrate his sense of reality—or unreality—and after a few weeks would bounce up again, as boisterous and obstreperous as ever.

I spent six years writing my book about Wilhelm and his cousins, King George V, of England, and Tsar Nicholas II, and the Kaiser’s egotism and eccentricity made him by far the most entertaining of the three to write about. After a while, though, living with Wilhelm—as you do when you write about another person over a long period—became onerous. It was dispiriting, even oppressive, to spend so much time around someone who never learned, and never changed.

The Kaiser wasn’t singly responsible for the First World War, but his actions and choices helped to bring it on. If international conflict is around the corner, it would seem that you really don’t want a narcissist in control of a global power. Wilhelm’s touchiness, his unpredictability, his need to be acknowledged: these things struck a chord with elements in Germany, which was in a kind of adolescent spasm—quick to perceive slights, excited by the idea of flexing its muscles, filled with a sense of entitlement. At the same time, Wilhelm’s posturing raised tensions in Europe. His clumsy personal diplomacy created suspicion. His alliance with the vitriolic right and his slavish admiration for the Army inched the country closer and closer to war. Once the war was actually upon him, the government and military effectively swept the Kaiser aside. And the gravest damage occurred only after Wilhelm abdicated, in November of 1918. (He spent the rest of his life—he survived until 1941—in central Holland.) The defeated Germany sank into years of depression, resentments sharpened, the toxic lie that Germany had been “robbed” of its rightful victory in the war took hold. The rest, as they say, is history.

I’m not suggesting that Trump is about to start the Third World War. But recent foreign developments—the wild swings with North Korea, the ditching of the Iran nuclear deal, the threat of a trade war with China—suggest upheavals that could quickly grow out of American control. Some of Trump’s critics suppose that these escalating crises might cause him to loosen, or even lose, his grip on the Presidency. The real lesson of Kaiser Wilhelm II, however, may be that Trump’s leaving office might not be the end of the problems he may bring on or exacerbate—it may be only the beginning.

Trump says ‘major decisions’ on Syria coming in next 24 to...