Home Culture What Paul Badura-Skoda Did for Classical Piano | 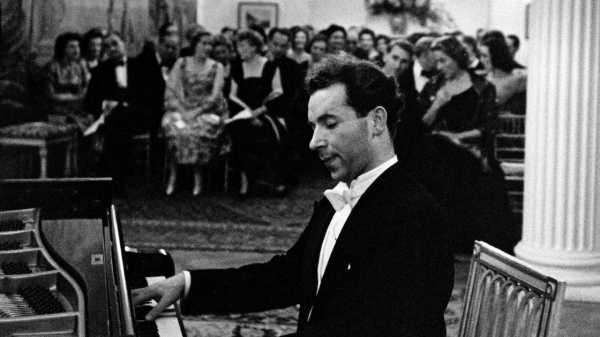 If the greatness of music is in its triple play of emotions, ideas, and sonic pleasure, the Austrian pianist Paul Badura-Skoda, who died last week, at the age of ninety-one, holds a justified place in the front ranks of modern performers. Badura-Skoda, whose career got a boost in his early twenties, when he was tapped to perform with the mightily original conductor Wilhelm Furtwängler, did his most enduring work in his later years, at the crossroads of musicology and pianism, as a pioneer of performances using period instruments and historically informed practice. Though he didn’t have the most immediately recognizable or ravishing sound at the keyboard, he succeeded in revising, by way of scholarly passion, the very basis for pianistic sound and beauty—and, for that matter, the physical relationship of pianists to their instruments. Yet, for all the meticulous connoisseurship that went into his efforts, Badura-Skoda’s splaying is rich in revelatory spontaneity and passion.

Badura-Skoda’s specialty was the Viennese classics—Haydn, Mozart, Beethoven, and Schubert. Though he often played and recorded on modern piano (as he did at a superb Carnegie Hall concert in 2003 that I attended), he also collected and restored pianos dating from the late eighteenth through the mid-nineteenth centuries. He made many fine recordings in the fifties and sixties (notably, of sonatas and other works by Schubert), but in the nineteen-seventies he embarked on a series of recordings, which he worked on through the mid-nineteen-nineties, that I consider the core of his achievement. With the backing of the record-company owner and producer Michel Bernstein and the recording engineer and co-producer Charlotte Gilart de Keranflec’h, Badura-Skoda recorded a selection of Haydn’s sonatas and the complete piano sonatas of Mozart, Beethoven, and Schubert—twenty-seven CDs’ worth in all—on about a dozen of his historical instruments.

Badura-Skoda’s collaboration with his producers was uniquely fruitful. There’s nothing tinkly or small about these period instruments; rather, their recorded sound is sumptuously intricate and intensely tactile, filled with overtones and reverberations far beyond those of the large-scale, hall-filling instruments with which modern concert heroics are achieved. Badura-Skoda clearly revels in the sounds that they make, in the nuanced grandeur of their intimacy, and in the composers’ own relationship to the instruments—the possibilities offered and the challenges posed by the pianos of their time.

Badura-Skoda clearly revelled in his producers’ confidence in him, and in the technique used to create and preserve such sounds and the intellectual analysis needed to dig deep into the music’s mysteries: his performances in this series (long out of print) have an uninhibited interpretive audacity and a rare imaginative power. His detailed reconsideration of the music, amplified by the intimately tactile responsiveness of ancient pianos, reveals the astonishing variety of events, gestures, voices, and harmonies of which familiar pieces are made—and the complex, intimate, deeply personal emotional worlds that they reveal.

In short, Badura-Skoda reconceived the very nature of classical-music performance, and he wasn’t unique or alone in this effort. He was part of a generation of Austrian musicians based in Vienna—including the conductor Nikolaus Harnoncourt (1929-2016) and the pianist Jörg Demus, Badura-Skoda’s frequent musical collaborator (who died in April, at the age of ninety)—that, starting around 1950, turned that city into a hotbed of research and experimentation in historical instruments and practices. As if leapfrogging back over the sedimented traditions of Viennese music that had been sullied by association with the Nazi regime, they worked to rebuild the very foundations of classical music. Now there’s hardly a significant classical musician who doesn’t reckon with ideas of historically informed practice (and often the related instruments as well). Badura-Skoda’s recordings are among the crucial delights and treasures of the classical archive, but their influence and power goes far beyond their specific sales or distribution; they have become, in their way, ubiquitous.

Time to Talk to the Taliban

Man City must address weaknesses quickly or fall further behind –...

When We Think About the Pee Tape |