Home Culture What Rutabaga Does Better Than Anyone Else | 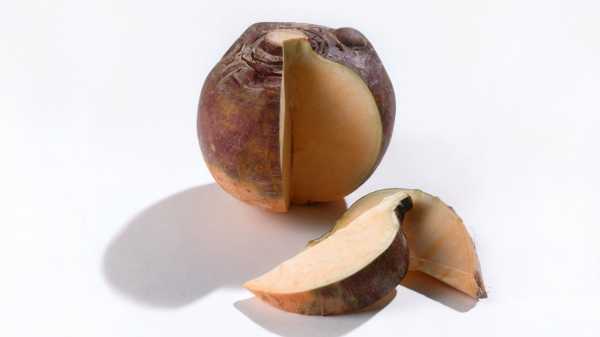 The Swiss botanist Gaspard Bauhin was born in Basel in 1560, and he dedicated his life to obsessively cataloguing the vegetable world. To present-day historians, he’s notable primarily for his botanical thesaurus “Pinax Theatri Botanici” (“An Illustrated Exposition of Plants”), published in 1623. But, among cooks, he’s sometimes recalled for his lesser work, published in 1620: “Prodromos Theatri Botanici” (“Prologue to the Exposition of Plants”), a compendium of flora in which he describes a plant with vivid yellow flowers, a spray of leaves, and massive, hairy roots “more or less similar to those of turnip or carrots.” It was a specimen that had never before appeared in any scientific list of plants: the rutabaga.

The annals of botany abound with claims that Bauhin was not only rutabaga’s biographer but also its inventor: that he found it growing wild and domesticated it; that he was a civic-minded scientist seeking a cold-resistant turnip to feed his chilly countrymen and not (more likely) a monomaniacal scholar who spent his life ensconced in an herbarium, scrivening endless latinate lists of plant names. “The turnip is older than history,” the caption on a color plate in a 1949 issue of National Geographic declares. “The rutabaga almost modern.” In fact, the vegetable has been around at least since ancient-Roman times, when the naturalist Pliny the Elder, writing in the first century, described an edible root “between a radish and a rape”—meaning the plant from which rapeseed oil derives, which is a cultivar of the same species. Bauhin writes that in his time the vegetable was widely grown in “the cold Noric fields of Bohemia,” where it was eaten pickled or mashed and was called simply “root” by its cultivators.

“Rutabaga” comes from rotabagge, the plant’s Swedish name, meaning “baggy root.” This is, perhaps, the reason that it’s sometimes called a Swedish turnip or simply a swede. Dense and sweetly earthy, a spheroid that can grow to the size of a human head, with a mottled, brown-and-white surface and a buttery, yellow interior, the rutabaga looks like an overgrown turnip—which it is, sort of, at least on its mother’s side. A reproductive quirk of the Brassica genus allows for uncommonly easy hybridization (see the evidence in your local grocery store: kalettes, the frilly little greens that were 2014’s sexy new vegetable, are a cross between kale and Brussels sprouts). Somewhere, in the misty meadows of Central Europe, a turnip got frisky with a cabbage, and the rutabaga was born. This genetic history was confirmed only recently, in 1935, by the Korean-Japanese agricultural scientist Woo Jang-choon. But, three hundred years before, Bauhin, with his eye for botanical detail, saw to name the plant napobrassica, the turnip-cabbage. 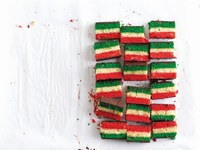 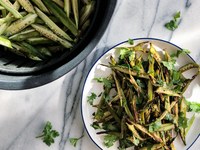 Is the Air Fryer the New Instant Pot? 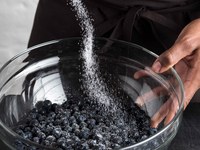 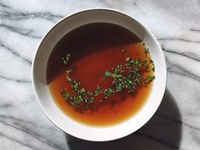 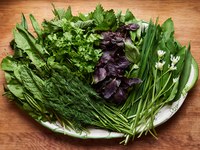 A Case for Eating Herbs as if They Were Vegetables 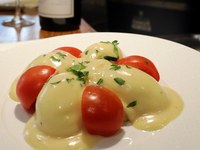 Absolutely none of this historical ephemera is required to appreciate the rutabaga as a food. Though, to be honest, I’ve struggled through the years to find rutabaga’s particular strength among its fellow root vegetables. I buy it at the market on all sorts of pretexts: because I like these twists and turns of its etymological backstory; because of my fondness for the writer Carl Sandburg’s underappreciated fable cycle “Rootabaga Stories”; because I feel compelled by a stubborn sense of underdog solidarity to give a home to the less-loved, less-cool vegetables. There’s a moment of epiphany, for any cook, when she realizes that a certain ingredient performs a function better than absolutely anything else: carrots caramelize, artichokes hold a marinade, eggplants purée, shallots frizzle to a crisp. The rutabaga, however, is creamy enough to be made into a mash, but it’s no potato; it’s mild enough to be sliced paper-thin with a mandoline or vegetable peeler and eaten raw, but it’s no jicama; it makes a zingy, crisp pickle, but it’s no turnip. The writer Alicia Kennedy recently made the case for rutabaga as a substitute for meat, but that compelling proposition could also be made, just as neatly, for cauliflower. I wasn’t able to find its exceptionality. Was there anything that a rutabaga did best?

The answer, when I found it, was in my own back yard. Olmsted, a Brooklyn restaurant that’s just a few blocks from where I live, has an ever-changing menu, but one of their superstar dishes—almost always available—is a plate of tagliatelle drowning in an earthy brown-butter sauce with truffles. But the pasta isn’t pasta, it’s a tangle of paper-thin ribbons of rutabaga, shaved to resemble noodles. When I asked Greg Baxtrom, the restaurant’s chef and co-owner, why rutabaga was the right vegetable for the job, his answer was simple. “It’s so big!” he said. “We can slice it into the right tagliatelle shape.” And, compared with the other big root vegetables, rutabaga is mild enough to let the sauce shine—“not like parsley root or celeriac,” Baxtrom said. “Its taste is clean.” 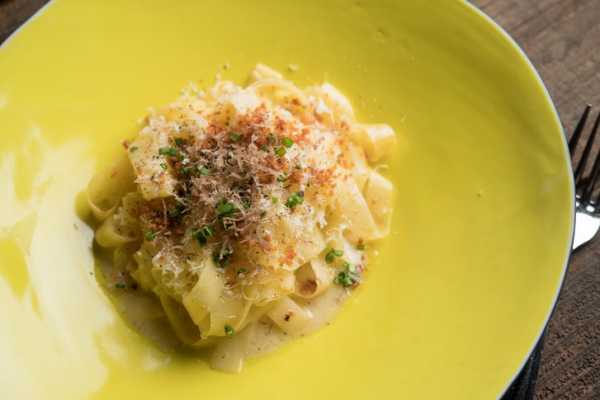 Rutabaga tagliatelle, from Olmstead, in Brooklyn.

The rutabaga noodles at Olmsted are, by far, the best vegetable noodles I’ve ever tried. Most often made from zucchini—though you can also find them spun from carrots, butternut squash, parsnips, or sweet potatoes—vegetable noodles are typically long and square-sided, like a cellulose spaghetti alla chitarra, ready to be twirled on a fork for a low-carb simulacrum of a Sophia Loren-style slurp. It’s an elegant idea that, in practice, is rarely satisfying. You can achieve the best flavor by cooking the noodles in the sauce, but then you risk turning them to mush. Keep the structural integrity of the noodles intact by cooking them on their own and dressing them after. The sauce slips right off, like a satin negligee.

Baxtrom discovered that rutabaga is the solution to all these problems; it’s lower in starch than the usual vegetable-noodle suspects and is thus less prone to textural collapse. He further shores up the ribbons’ structural integrity by blanching them in unsalted water (salt contributes to the breakdown of the vegetables’ cellular structure). He then finishes the softened strips in a beurre blanc, which, thanks to the alchemical magic of emulsification, isn’t repelled by the water clinging to the noodles but magnetically adheres to it instead. The dish, which is silky and luxe, with an elegantly layered mirepoix, calls on an expensive Japanese gadget called a vegetable sheeter to cut the rutabaga noodles. To replicate it at home, I used a mandoline, and made up for the lack of restaurant finesse (or truffles) with loads of black pepper and cheese, ending up with something that nods to cacio e pepe. You could make the dish with turnips, but the noodles would be too small, and the flavor would be too spicy. You could make it with carrots, but it would be too sweet. You could make it with zucchini, but it would fall apart on your fork. Rutabaga, this time, is the best vegetable of all.

2. Make the beurre blanc: Cut 8 tablespoons of the butter into chunks and set aside in a cool place. Heat the remaining 1 tablespoon butter in a medium saucepan and stir in the shallots and peppercorns. Cook, stirring, for about one minute, until the shallots are aromatic but not beginning to brown. Add the wine and cook until almost entirely reduced, with about two tablespoons remaining. Add the cream and salt and reduce again. (If the pan looks too dry, stir in a tablespoon or two of water.) Add the remaining chilled butter, one piece at a time, stirring briskly with a wire whisk with each addition, continuing to whisk until the sauce is shiny and thick. Strain out the solids (or keep the shallots and just fish out the whole peppercorns). Taste and add more salt, if necessary. Cover and keep the beurre blanc warm over low heat until the rutabaga pasta is ready.

3. Bring a pot of unsalted water to a boil. Add the rutabaga noodles and blanch for 3 minutes, until just barely softened. Strain the noodles and add them to the pot with the warm beurre blanc. Raise the heat to medium and gently toss the tagliatelle in the butter sauce until the noodles are softened and the sauce clings to each strand, about 4-5 minutes. Serve topped with grated cheese, freshly ground black pepper, and a sprinkle of chives.

The absurdity of American health care pricing, in one chart

Mars May Have Once Had Conditions Hospitable for RNA and Life...