Home Culture What’s New in Streaming: “Did You Wonder Who Fired the Gun?,” a... 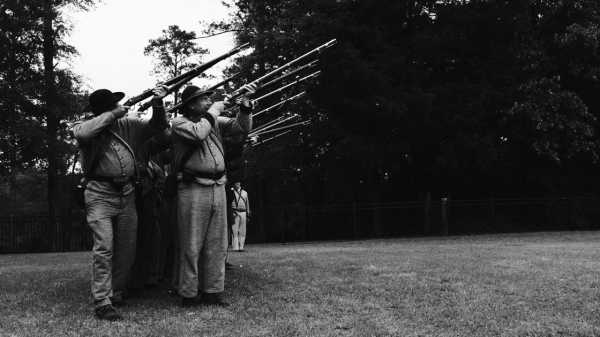 The delight of streaming movies is instant and inexpensive access; the downside is impermanence—the prospect of titles vanishing from services because of contractual limits or planned scarcity. Movies worth revisiting enduringly are, in my opinion, worth owning on physical media, and “Did You Wonder Who Fired the Gun?,” from 2017, Travis Wilkerson’s personal documentary at the intersection of political history, is one such film. It has just been released on DVD by Grasshopper Film (one of the most artistically daring of distributors), and it’s also available on iTunes.

Wilkerson’s film is one of journalistic inquiry, family secrets, and self-questioning. A white man in his forties living in Los Angeles, he returns to his mother’s home town of Dothan, Alabama, to investigate a killing: in 1946, his great-grandfather, S. E. Branch, killed a black man, Bill Spann, with impunity. Wilkerson relies on home movies of Branch to conjure the past; he speaks with his mother and an aunt, who recall the killer with horror, and with another aunt who is a pro-Confederacy activist. Wilkerson visits the building (then a store, now a restaurant) where the killing took place, speaks with a neighbor, and interviews a longtime civil-rights activist and local politician named Ed Vaughn, who places the events in a detailed historical context that leads Wilkerson to the nearby town of Abbeville—and to Rosa Parks’s activities in the area, in 1944, in the effort to seek justice for Recy Taylor, a black woman who was gang-raped by six white men who also faced no punishment. (Nancy Buirski’s 2017 documentary, “The Rape of Recy Taylor”—in which Taylor herself, who died, at the age of ninety-seven, last December, takes part—is a significant account of this incident and its aftermath.)

As Wilkerson expands the scope of his inquiry, he comes into terrifying contact with the ongoing legacy of white supremacy. With his searing, impassioned monologue (which, at the time of the movie’s première, Wilkerson delivered live onstage while the movie was playing), Wilkerson creates, alongside a work of intimate and historical revelation, a passionate work of mourning and rage, of challenge to privilege and responsibility, of the unredressed injustices perpetuated by enforced silence.

Stream “Did You Wonder Who Fired the Gun?” on iTunes.

Stream “The Rape of Recy Taylor” on Amazon, iTunes, and other services.

Murray opens up on ‘hurt’ over rumours of failed drug test