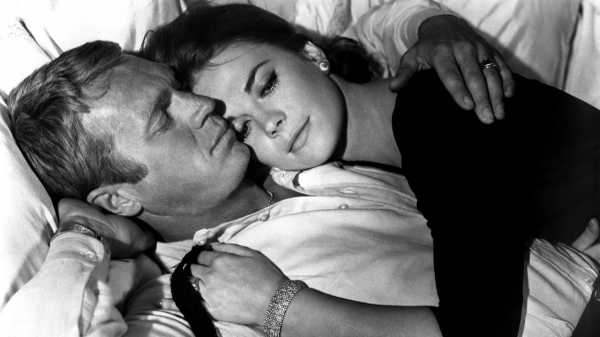 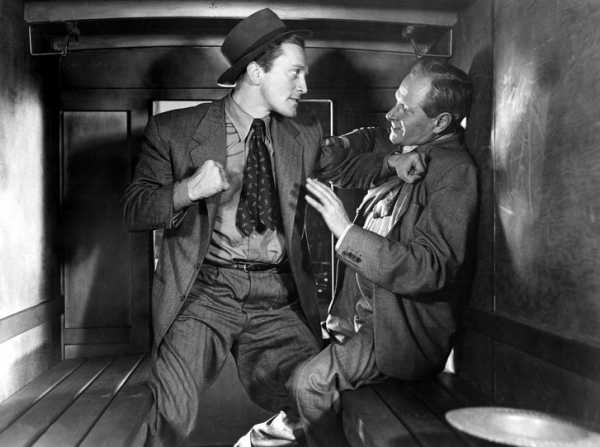 The streaming service Kanopy, which is free to many library-card holders and students, has just expanded its roster to include eighty-one classic movies from Paramount, including the first Oscar winner for Best Picture, “Wings,” from 1927, Jerry Lewis’s “The Nutty Professor,” “Saturday Night Fever,” and masterworks by Robert Altman, Peter Bogdanovich, and John Cassavetes. Two of the major films in the batch confront a subject that remains urgent, and that Hollywood treated only gingerly: abortion. William Wyler’s drama “Detective Story,” from 1951, is based on a play by Sidney Kingsley, and most of the action takes place, theatre-style, on a single set, a Manhattan police station. Kirk Douglas stars as Detective Jim McLeod, a hard-nosed officer whose bitter and violent hatred of criminals is rooted in his childhood—his father, a criminal, abused his mother and, he says, drove her literally insane. But Jim is more than legally unyielding—he’s morally unyielding, and the prime target of Jim’s hatred is an abortionist, a former doctor named Karl Schneider (George Macready), whom he has previously arrested and assaulted. (Schneider is responsible for the deaths of women who, as a result, can’t testify against him.) When long-preserved secrets about Jim’s wife, Mary (Eleanor Parker), emerge, Jim implodes under the force of his own unrelieved fury. The drama’s underlying tension involves the extremes of masculinity, linking strength and courage with pitiless judgment, the presumptive virtue of defense with the defense of presumed virtue; its essential subject is virginity, and its liberal-minded perspective (which is linked to the Second World War and its legacy) brings a hint of reality to rigid Hollywood mores.

“Love with the Proper Stranger” 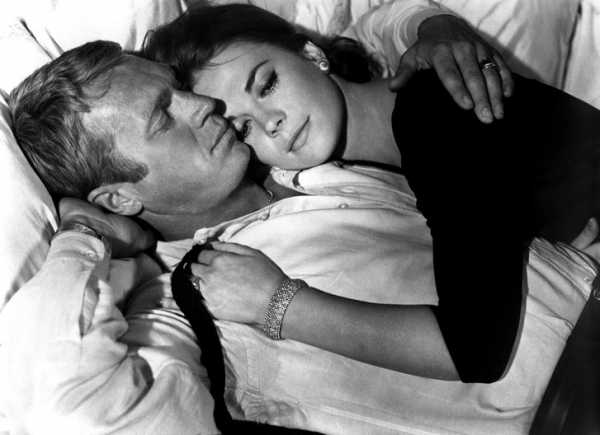 The director Robert Mulligan’s drama “Love with the Proper Stranger,” from 1963, is another New York story; filmed largely on location and revelling in its sense of place, it’s steeped in turbulent urban moods that, though not tied expressly to external events, seems to thunder with the era’s impending changes. Natalie Wood plays Angie Rossini, a Macy’s salesclerk who lives with her traditional and repressive Italian-immigrant family—and who, though unmarried, is pregnant as a result of a one-night stand with Rocky Papasano (Steve McQueen), a freewheeling and fast-talking musician who’s also the son of a tight-knit Italian family. Angie asks Rocky to find her a doctor—which is to say, an abortionist; the scenes of their Sunday trip to a shut-down industrial wasteland and to an abandoned apartment follow “Detective Story” in displaying the dangers faced by women as a result of illegal abortions. The core of “Love with the Proper Stranger” is sex; its subject, contemporaneous with the films of Alfred Hitchcock, in step with the changing mores of the sixties, and more than forty years ahead of Judd Apatow’s “Knocked Up,” is the emotional centrality of mutual desire, the primordial authenticity of lust.

Stream “Love with the Proper Stranger” on Kanopy.