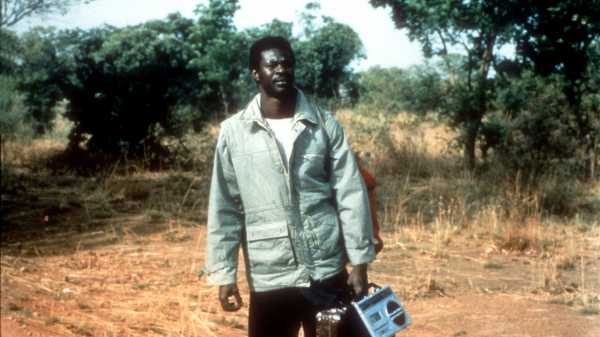 Artists perceive and deride the arrogance of miscreants while also acknowledging their allure, as in the Burkinabé director Idrissa Ouedraogo’s graceful yet harsh drama “Samba Traoré,” from 1992, a work of political fury with the lyricism of a folktale. The title character (played by Bakary Sangaré) takes part in the holdup of a gas station in the city and gets away with the loot. He reaches his distant home village, from which he has long been absent; flaunting his cash, he’s welcomed as a hero. As the beneficiary of ill-gotten gains, Samba, when questioned, turns aggressive—and his secondary beneficiaries, on whom he regally and condescendingly bestows his largesse, including his new wife, Saratou (Mariame Kaba), and his best friend, Salif (Abdoulaye Komboudri), turn a blind eye to his evasions and angrily stop others from interfering. Though he’s the subject of rumors, and though there’s an ongoing police investigation, the nature of Samba’s coverup proves more outrageous than his crime—yet, along with the outward machinery of opprobrium (and of justice), the movie also dramatizes both the socialization of boys by fun-loving outlaws and the destructive madness to which the patriarchy is subject. 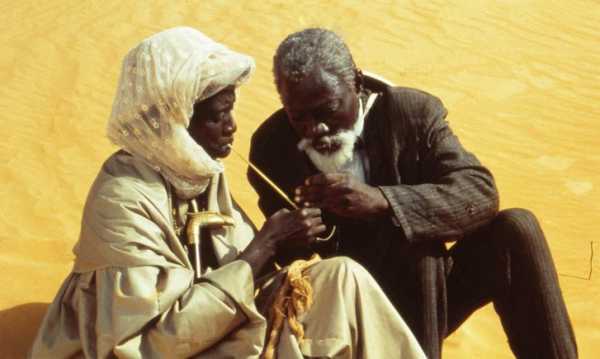 Ouedraogo also dramatized the migrant’s return in his 1990 film “Tilaï” (“The Law”), where the social order that the prodigal son confronts and challenges is a literal patriarchy. Also, the New York Film Festival is showing, on October 13th, a new restoration of the Senegalese director Djibril Diop Mambéty’s “Hyenas,” from 1992, an adaptation of the play “The Visit,” by Friedrich Dürrenmatt; it’s the story of a woman who returns to her home village (which is so poor that its town hall is in foreclosure) after thirty years’ absence. Now rich from her many years of prostitution, she offers to share her bounty with the village, on one condition: that they put to death a village notable named Dramaan Drameh; they had been lovers as teen-agers, but, when she became pregnant, he abandoned her for a wealthy woman and got two men to lie that they had had sex with her, thus exonerating him from the responsibilities of paternity, shaming her, and leaving her to fend for herself as an outcast. Mambéty’s furious vision links the subjection of women to a corrupt legal system, economic oppression, and overarching, unredressed patriarchal misrule—and depicting the inner corruption and depravity that the system creates.

Stream “Hyenas” on Kanopy and FilmStruck.

F1 2018: Every drivers’ half-term report as we reach summer break

US Sen Graham Proposes Alternative to JCPOA, Does Not Object to...