Home Culture What Survives After the “Game of Thrones” Finale | 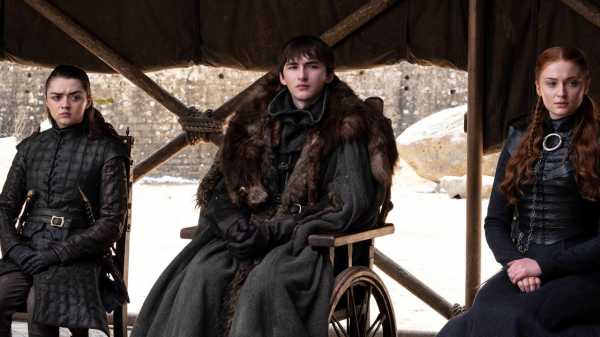 I had some advantages, last night, in preparing to watch the finale of “Game of Thrones.” Although I’d written two columns about the HBO series, I wasn’t passionate about it, one way or the other. I liked parts of the show and thought other parts were silly. The battle sequences were dazzling; the dialogue wasn’t much to write home about. I would have been Team Tyrion and pro-Sansa, if I had been forced to pick. I would have preferred for Jon Snow to stay dead. This is not much of a “take” when it comes to a big, splashy pop-culture phenomenon, one that critics frequently suggested was the last such must-watch weekly event ever. But it spared me the pain of high expectations.

Nevertheless, I went in thinking—foolishly, obviously—that a series which has featured such a punishing array of beheadings, rapes, castrations, Red Weddings, rat cages attached to stomachs, incest, villains getting eaten by dogs, and so on might offer something strange and intense at the end. The Internet theory that Daenerys had been poisoned appealed to me, as opposed to the notion that she’d “snapped” and committed genocide simply because she was biologically insane in the Targaryen membrane—or, worse, that’s she’d gone mad because of a bad breakup. I thought there might be some cool twist, some snappy and quotable political insights. Maybe Arya would use one of those wicked face skills she’d learned as an assassination intern! But no dice.

Sarah Larson recaps the series finale of “Game of Thrones.”

Instead, the finale delivered what an unfortunate percentage of finales have provided for the past twenty years: warm, cozy, dull closure—although, in the case of “Game of Thrones,” a few scenes that played like trailers for upcoming spinoffs were added in, like one about Arya as Christopher Columbus. There was a lot of slow walking through rubble. People spoke slowly, too. Dany, in full Evita mode, with “Who’s That Girl” eyebrows, gave her triumphant victory speech as the Dothraki cheered—and all the characters that we cared about looked judgy, apparently not O.K. with the new “Everlasting War Crossing Every Boundary Ever” mandate.

Eventually, Jon, after a conversation with Tyrion that consisted of the two lobbing greeting-card statements back and forth—“Love is more powerful than reason!” “Love is more powerful than duty!” “Sometimes duty is more powerful than love”—gently kissed his aunt/ex, then stabbed her in the heart. Why did Dany even let him into her isolated dictator lair? Jon was obviously motivated to kill her. She had no guards. Also, while we’re on the subject of plot holes, whatever happened to that white horse Arya was on last week? Eh, moving on.

That said, a hilarious and surprising sequence followed: after the aforementioned heart-stabbing, Dany’s dragon, Drogon, who was distressed and furious and better characterized than any human around, chose not to burn Jon to death. Instead, the dragon melted the throne itself, as, I guess, an aggressively literal act of literary and political criticism, a flaming suggestion to end the hereditary-monarchy business, the one that his wild-eyed mother, for all her talk of liberation, was very much in favor of. Then, grieving, Drogon snatched up Dany’s corpse and flew away. I can’t lie, I loved this scene. Dragons are cool. Watch the movie “Reign of Fire” if you don’t believe me. I also didn’t care if it made sense, which is the best way to enjoy a lot of finales.

Emilia Clarke, who plays Daenerys Targaryen, talks about the final episode of “Game of Thrones.”

That scene was definitely better than the rest of the episode, which consisted of a Model U.N. discussion about how Westeros should be governed. After the nobles, realistically enough, laughed off Sam’s pitch to start a democracy, Tyrion pressed his case again that they simply needed to pick a leader from their group—ideally, the one with the best backstory.

It was clear where this was going. At last, my girl Sansa was going to get her due! Because, look, I may not be able to remember half of what happened on “Game of Thrones” over the past eight seasons, but even I understand that the story of a naïve princess who was married off to a monster, went through absolute hell, was repeatedly traumatized, got revenge, and gradually hardened into a savvy, strategic survivor able to make tough decisions under pressure . . . well, it makes for a nice campaign ad. Or maybe it could be Arya instead: she did kill the Night King, after all. Shouldn’t all of Westeros be singing her praises, instead of treating her like some smudgy little rando? (Even if that Popsicle Jughead wasn’t much of a threat in the end.) 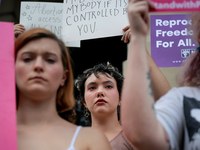 The Messiness of Reproduction and the Dishonesty of Anti-Abortion Propaganda 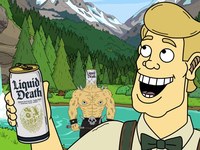 Liquid Death and the Nonsense of Packaged Water Notre-Dame and the Paradoxes of Historical Preservation 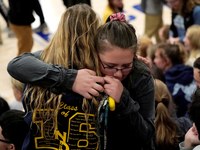 School Shootings and the Heroes Who Shouldn’t Be 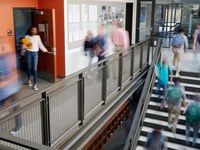 Netflix and Suicide: The Disturbing Example of “13 Reasons Why” 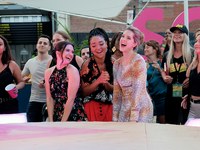 The Delights and Discomforts of “The Bold Type,” a Woke Fantasy of Magazine Journalism

Instead, Tyrion was talking about Bran Stark, that mystical lox with the fur lap-rug, the know-it-all who kept murmuring things like, “Why do you think I came all this way?” My editor tweeted, in response, “I pictured Bran more as a tech startup founder,” which neatly sums up his limp brand of visionary, complete with bird symbolism. Sansa got a nice runners-up crown and a spinoff Northern nation, but come on. For those of us who’ve been skeptical all along of the show’s gender politics, this was a kick in the teeth. Bran, electable?

There was one other fun part of the episode: Jon Snow getting sent back the Night’s Watch. “There’s still a Night’s Watch?” he said, incredulously. My living room burst out laughing again. Sometimes you have to embrace the goofiness of a secretly goofy show.

As ever, the filming was nifty, with an especially lovely image of Dany striding forward with Drogon’s wings rising behind her back. But the writing was . . . honestly, it just felt dumb to me. “There’s nothing in the world more powerful than a good story. Nothing can stop it. Nothing can defeat it,” the writers, trolling any unhappy viewers via Tyrion, insisted. I do understand that plenty of people loved this show more than I did and that many people thought the show was better than I did, which is not the same thing. I hope these viewers felt satisfied because, as much as I’d enjoyed watching some of “Game of Thrones,” I mainly felt exhausted. And there are clearly more of these kinds of shows coming!

Get ready for the zombie horde: a deluge of high-priced epics, spinoffs, and ripoffs—serialized narratives in the “Thrones” tradition, duly larded with sexposition and gravitas, fur vests and exotic weapons, each of them aiming to hit the demographic sweet spot. Most of these shows will miss, but something will hit. The real Iron Throne may be the sort of appointment TV that “Game of Thrones” represented, something that I do think will survive. Technology alters television, but credulous, passionate, argumentative fanhood adjusts. You can’t melt that with a dragon.

With E3 and SXSW canceled, the direct losses from major tech...