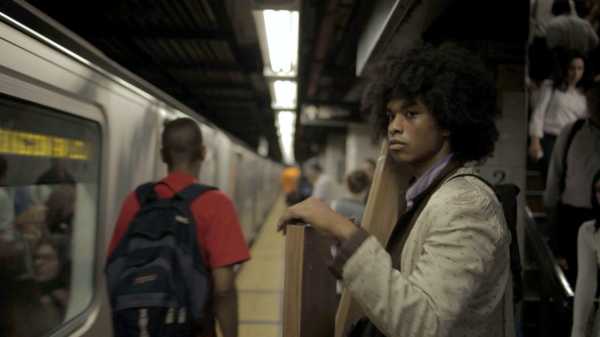 The very notion of a director’s first feature is at the core of cinematic modernity, because the first director whose first feature is is synonymous with both his artistic acclaim and a revolution in the art form is Orson Welles, with “Citizen Kane.” Among succeeding generations of innovators, there are many varieties of first features; some, like Welles’s, set the groove that would be deepened and extended, while others made feints and false starts as if getting something out of their system (or even just getting some practice) before finding their style or voice. Film at Lincoln Center’s fascinating new series devoted to first features, “This Is Cinema Now: 21st Century Debuts,” which begins on Friday, offers some of both—but doesn’t quite live up to the lofty promise of its title. The programming of the series reflects two odd tendencies—one toward a consensus of art-house repertory, whether prize winners or festival favorites, and the other toward the narrowly formalist. (It’s also nonfiction-averse.) My own favorite first features of the twenty-first century are teeming and inventive, joyfully cinematic and thrillingly audacious in their frank confrontations with personal demons and the cruelties of politics, family conflicts, and the blunderings of history. Some of them are hard to find, such as Mahamat-Saleh Haroun’s “Abouna,” Sara Fattahi’s “Coma,” Matías Piñeiro’s “A Stolen Man,” Oliver Laxe’s “You All Are Captains,” Sophie Letourneur’s “Les Coquillettes,” Khalik Allah’s “Field Niggas,” and Antonin Peretjatko’s “La Fille du 14 juillet.” Fortunately, many others are available to stream. Here are five of them.

“An Oversimplification of Her Beauty”

Terence Nance’s first feature was widely misunderstood and underappreciated at the time of its release, in 2013. A multi-layered, intricately nested, self-commenting blend of live action and animation, the film forged a new mode of personal cinema, relying on second-person address for first-person revelation. Nance’s subsequent work—including the short “Swimming in Your Skin Again” and, above all, his teeming and polyphonic HBO series, “Random Acts of Flyness”—has continued to reveal, and has extended, his visionary reimagination of cinematic subjectivity. In his first feature, he was siphoning off only a trickle of his stream of artistic consciousness, which flows mightily with the currents of history, politics, the multiplicity of identity, and an awareness of the ways in which identity is reduced and abused by the prevailing powers.

Stream “An Oversimplification of Her Beauty” on Vudu and iTunes.

“Butter on the Latch”

Along with Nance, Josephine Decker has made the most extreme reinventions of recent cinema. With the cinematographer Ashley Connor, Decker reconfigures such fundamental concepts as framing and focus in order to recover the primal intensity and emotional complexity of even familiar and straightforward stories. Her approach to performance and dialogue, and her emphasis on the scenes and situations from which a story is composed, are no less original—as they were in her very first feature, from 2013, which tells the story of two young women in Brooklyn who flee the tense urban center for a “Balkan camp,” a rustic workshop of the performing arts, deep in the wilds of California, where the ecstatic fusion of nature and culture give rise to sexual rivalry and inner turmoil.

Stream “Butter on the Latch” on Kanopy, Amazon Prime, and iTunes.

There’s a Mozartean perfection to Matt Porterfield’s first feature, from 2006, a story of adolescents in slow-burn crisis in a Baltimore neighborhood perched between woods and highways. Porterfield’s sense of composition and movement, of light and color, of the contrapuntal precision of terse dialogue, has an exalted yet serene precision. There’s nothing rigid or confining in its heights of refinement. It seems to breathe intimately with its characters and grandly with the air of its suburban landscapes. 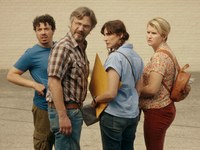 “Sword of Trust,” Reviewed: A Mumblecore Comedy That Takes on the Pro-Confederate Right 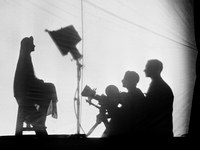 The 1914 Y.A. Novel That Provides a Fascinating Look at the Movie Industry 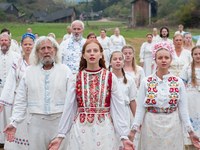 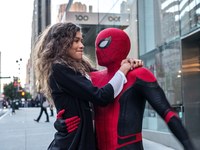 Review: “Spider-Man: Far from Home” Presents the Illusion of a Good Movie 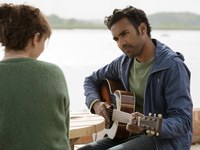 “Yesterday,” Reviewed: Danny Boyle’s Comedic Fantasy About a World Without the Beatles 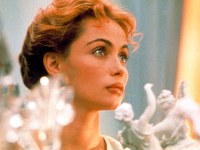 Five Films to Stream on Kanopy While New Yorkers Still Can

Among the reasons for including the Bulgarian director Maya Vitkova’s first feature, from 2014, on this list is that she hasn’t yet made a second one, which has been the unfortunate fate of many wonderful filmmakers—especially female ones. “Viktoria” is a comedic fantasy that fuses the personal and the political, domestic life and grand historical currents, in sharply intimate strokes of tangled emotion. The story, of a girl born without a belly button who therefore becomes a heroine of Bulgaria’s Communist regime, details that regime’s cruel yet sentimental absurdity, as well as her family’s powerful multigenerational tensions, with a blend of unsparing insight and breathtaking whimsy.

Stream “Viktoria” on Kanopy, Vudu, YouTube, and other services.

The audaciously analytical style and substance on display in Ying Liang’s films is already on view in his first feature, “Taking Father Home,” from 2005. Ying is now in exile from China, which tried to suppress his fourth feature, “When Night Falls”; his 2018 feature “A Family Tour,” which was screened at last year’s New York Film Festival but still hasn’t been released in the U.S. (it won the National Society of Film Critics award for best film awaiting distribution), dramatizes the state terror that he and his family have endured. In “Taking Father Home,” made for a pittance with a borrowed video camera and nonprofessional actors, he tells the story of a boy who leaves his small town for a big city in search of his estranged father. Ying films on a human scale but with an apocalyptic imagination, showing family relations shattered by a combination of oppressive policy and official indifference, personal relationships coarsened by a cruel social order, and grand-scale destruction resulting from a blend of governmental irresponsibility and impunity.

It’s amazing that this movie, begun in 2007, completed in 2009, and set in 1972, even exists. Its director, Anna Biller, also stars in it, as a woman caught up in the frenzy of the sexual revolution. With a blend of erotic and decorative exuberance, and a virtuosic display of stylistic imagination, she reveals the liberation in artifice and the alluring masks of natural desire. In the process, she delves deep into the psychology of pop culture to reach a magma that, for most filmmakers, is too hot to touch and too dangerous even to imagine. Biller is one of the most daringly original filmmakers of the time, and this film (no less than her second, “The Love Witch”) should have propelled her into the forefront of an industry that appears, rather, to ignore her presence. (Her version of 007, for instance, would be historic.)

Sufjan Stevens and Justin Peck Make a Ballet About Respect |

On Killmonger, the American Villain of “Black Panther” |