Home Culture What to Stream This Weekend: A Taste of Three Great Directors with... 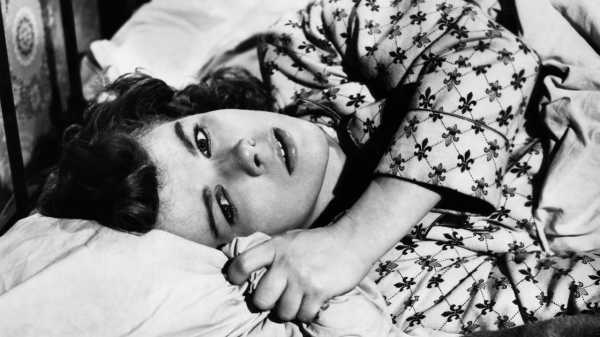 This weekend, New York’s thriving repertory houses offer major retrospectives of three great directors who are also among my personal favorites (you can find links below to some pieces I’ve written about them). But those who aren’t in the city or can’t get out at the right time can enjoy some of their work at home. Among the opening-weekend offerings in Film Forum’s retrospective of Ida Lupino is her first, but uncredited, feature as a director, “Not Wanted,” from 1949. As its producer, she hired the director Elmer Clifton to make it, but he suffered a heart attack after three days of shooting; she took his place but not his credit. It’s obvious from the start that the film is original, coherent, accomplished, and impassioned. And viewing it alongside the five other films she directed between then and 1953 makes it equally clear that its tone, style, and themes are entirely her own. She’s simply one of the best directors of the time, and the truncation of her career was a terrible loss. “Not Wanted” is the story of a young woman, about twenty years old, named Sally Kelton (Sally Forrest), who becomes pregnant after an affair with a shiftless but talented musician named Steve (Leo Penn, Sean’s father). Filming largely on location and merging documentary-based curiosity with the compressed intensity of film-noir styles, Lupino unfolds, in hectic detail, the frustrations of Sally’s small-town life, the expanses of her dreams, and the cruel labyrinth of norms and laws—rigged against women, even when they’re the ones enforcing the rules—that turn the ordinary fact of single motherhood into a living nightmare.

Stream “Not Wanted” on Amazon. 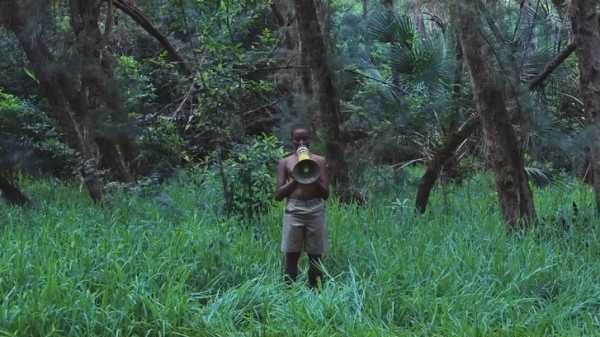 A scene from Terence Nance’s short film “Swimming in Your Skin Again.”

Swimming in Your Skin Again

Terence Nance’s feature “An Oversimplification of Her Beauty,” from 2012, and his new HBO series, “Random Acts of Flyness,” are linked by their fusion of intimate concerns with political analyses, and by their complex collage of live action with an effervescent variety of animation and effects. But BAM Cinématek’s retrospective of Nance’s films (which includes movies by filmmakers with whom he collaborates) teases out another trope of visual rhetoric and another theme that he first brought to light in his short films (which are also playing there)—the creation of exquisitely choreographed, boldly intricate travelling shots that evoke dream states and collective raptures. It’s one of the modes of wonder that illuminate “Random Acts of Flyness,” and it’s among the glories of “Swimming in Your Skin Again,” a short, from 2015, which was produced by the Miami-based collective Borscht Corp. and which Nance filmed in Miami, weaving the depths of daily details with visionary subjectivity, musical energy, and a history-infused, mythopoetic imagination.

Stream “Swimming in Your Skin Again” on Vimeo and YouTube.

For more on Terence Nance, read my reviews of “An Oversimplification of Her Beauty,” “Random Acts of Flyness,” “You and I and You,” and “Univitellin.” 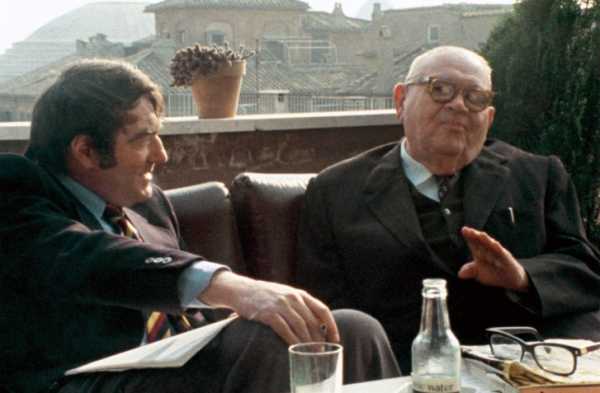 Claude Lanzmann interviews Benjamin Murmelstein in “The Last of the Unjust.”

Claude Lanzmann, who died in July at the age of ninety-two, made the greatest documentary ever, “Shoah.” The Quad presents a complete retrospective of Lanzmann’s films (I’ll have the honor of introducing Saturday evening’s double feature of “A Visitor from the Living” and “The Karski Report”), including his autobiographical and historical film “Napalm,” from 2017, which has not yet been released in the United States. (His last film, “Shoah: The Four Sisters,” will be released on November 14th.) Not much of Lanzmann’s work is currently available to stream, but what’s most readily available is crucial: “The Last of the Unjust,” his film from 2013, centered on the first set of interviews that he did for “Shoah,” in 1975, with Benjamin Murmelstein, a rabbi who was forced, under orders from Adolf Eichmann, to work to speed the emigration of Jews from Austria, and then to administer the “model” concentration camp of Theresienstadt. Here, Lanzmann addresses explicitly a theme that remained under the surface of “Shoah” (and which will be part of Saturday’s discussion)—the responsibility or innocence of Jews who were forced to help the Nazi regime enact its murderous plans. “The Last of the Unjust” is a revelatory work of history, a crucial view of the psychology of tyranny and oppression, and a virtual work of moral philosophy.

Stream “The Last of the Unjust” on Amazon, Vudu, and other services.

For more on Claude Lanzmann, read my piece “The Witness”; my coverage of “Shoah,” “A Visitor from the Living,” “Sobibor, Oct. 14, 1943, 4 P.M.,” “The Karski Report,” “The Last of the Unjust,” and “Shoah: The Four Sisters”; and my reviews of his autobiography, “The Patagonian Hare,” and his collection of writings, “La Tombe du Divin Plongeur.”

The top 3 contenders for Trump’s next Supreme Court pick