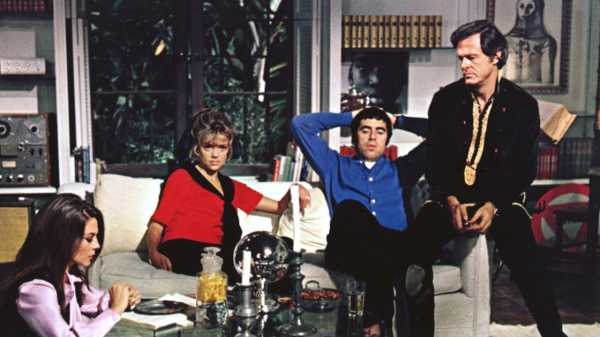 Critics are formed by their early experiences, which congeal into the ideas, tastes, habits, and prejudices that inform a lifetime of work. If they’re both conscientious and lucky, critics also find ways of overcoming their prejudices. The joyful shock of watching new movies is one way of doing so; confronting the work of other critics is another. I’ve written about my longtime disagreements with the writings of Pauline Kael, who was a film critic at The New Yorker from 1967 to 1991, but—especially since I started working as a critic—I’ve often found those disagreements immensely fruitful in reconsidering my own preconceptions. Kael, who would have turned a hundred this week (she died in 2001), was the most vigorously, immediately responsive critic of her time; she was bracingly alert to the experience of watching movies, and her nuanced and engaged attention to them provides a vast amount of substance for a reader to wrangle with.

Despite our many differences of opinion, Kael and I have plenty of beloved movies in common, and rereading her reviews of some of those films makes me appreciate them afresh. Take, for instance, Kael’s enthusiastic review of Paul Mazursky’s first feature, “Bob & Carol & Ted & Alice,” in the October 4, 1969, issue of the magazine. Significantly, the film hadn’t yet been released in theatres (it would come out on October 8th of that year); rather, it had already played as the opening-night offering at the New York Film Festival and, as Kael notes, had already proved controversial. Amos Vogel, a founder of the festival, was outraged by its selection, as he wrote to Susan Sontag at the time, and three (three!) negative pieces were published in the Times. The very prominence of the festival in the city’s, and the country’s, cinematic landscape was news in itself; in discussing and endorsing Mazursky’s film, Kael was also responding favorably to the changing times in the world of movies.

Mazursky’s comedy addresses what the Coen brothers would dub, forty years later, “the new freedoms.” It’s a story of two married couples, four best friends, in a posh Los Angeles suburb—Bob (Robert Culp) and Carol (Natalie Wood), and Ted (Elliott Gould) and Alice (Dyan Cannon)—who ultimately confront the possibility of partner-swapping. Where Vincent Canby, in the Times, was bewildered that the festival would show “a film that is already assured of wide commercial release,” Kael praised “Bob & Carol & Ted & Alice” for its overtly commercial intentions and for how it shared the tone and style of popular movies (for her, this was a career-long ideal)—yet she also recognized that “though it looks conventional, it isn’t.” More importantly, she recognized the specifics of Mazursky’s individuality as a filmmaker: “ . . . Mazursky, directing his first picture, has done something very ingenious. He has developed a style from satiric improvisational revue . . . and from TV situation comedy, and, with skill and wit, has made this mixture work.”

In “Bob & Carol & Ted & Alice,” Mazursky, born in 1930, seems to be channelling the complex experience of the late nineteen-sixties, the tangle and the clash of past and present, settled habits and sudden changes, into the actions of his characters and the over-all tone (and often striking visual identity) of his movie. The four protagonists’ lurches toward openness and frankness (Bob and Carol, blithely; Ted and Alice, grudgingly) as ideals is matched by the lurches and leaps in their behavior, their dialogue, and their performances, which are infused with a quasi-improvisational spontaneity and a janglingly disjunctive clash of tones. With its conflict-riddled and boldly symbolic expressions of emotional impulses and sexual drives—and its sense of collapsing boundaries, both social and aesthetic—“Bob & Carol & Ted & Alice” is as much a vision of Mazursky’s artistry as it is of the times; that’s the glowing point where Kael’s critical acumen and ardor fuse.

Kael was writing at a moment when political crises and historical shifts coincided with vast changes in the art and the business of movies. The studios were on the verge of collapse, and a new generation of filmmakers was pulling Hollywood into a new era. Kael’s writings were crucial to the recognition of many of these artists (including Martin Scorsese, Robert Altman, and Francis Ford Coppola), and Mazursky was among the first of them to make his mark. (Kael also rejected many of the best of the time, such as Elaine May, John Cassavetes, and Terrence Malick, but that’s another story.) She had the good fortune to be writing in exhilarating cinematic times and to have the insight—and the passion—to know it and to make those epochal innovations her very subject. Recent cinematic times have seen similarly drastic shifts in the aesthetics and the business of movies. Critical resistance to those changes is as strong now as it was then, and—disagree as one might with the specific targets of Kael’s praise and disdain—her excited enthusiasm for change remains exemplary.