Home Culture What to Stream this Weekend: Director’s Cuts | 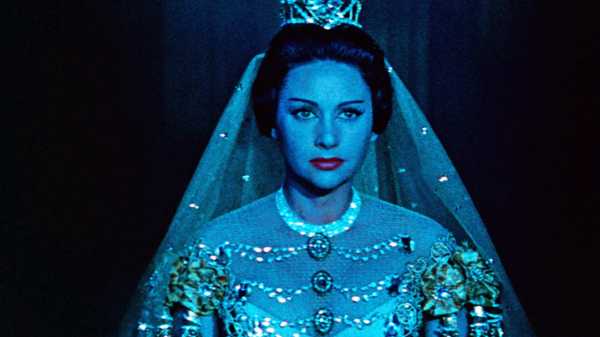 “The Rules of the Game” 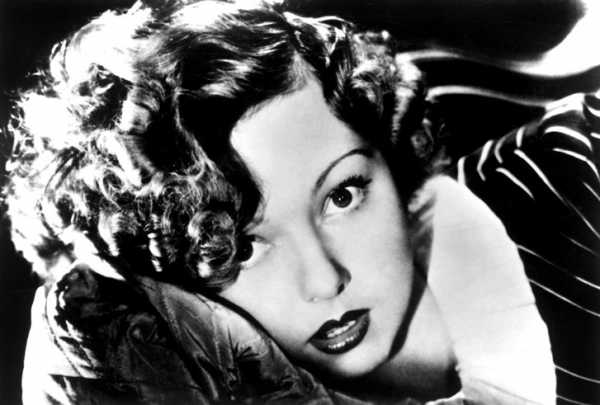 The weeklong run of Luchino Visconti’s “Ludwig” at Film Society of Lincoln Center, in a nearly four-hour cut that wasn’t released until after Visconti’s death, is a reminder that many great movies have been released in truncated versions that their directors repudiated. The restoration of directors’ cuts has, fortunately, become a crucial practice of responsible distributors, but it wasn’t always so. When Jean Renoir’s teeming panoramic comedy “The Rules of the Game”—the most expensive French production to date—was released, in 1939, it was a commercial disaster that, despite some critical enthusiasm, was banned by censors as “demoralizing” to France. To try to save it, Renoir kept cutting it, to no avail. It wasn’t until 1959 that a foundation reconstituted a version that nearly matched Renoir’s original one. What emerged was a movie, made on the eve of the Second World War, that could properly be called a prewar film—one that, in its depiction of a wide range of societal pathologies in a vigorously comedic yet romantically intense light, revealed the rot of a country that was sufficiently divided, filled with both hatred and obliviously nostalgic delusions, that its moral defenses would prove even flimsier than its military ones. Starting with the Lindbergh-like heroism of a flyer (Roland Toutain) who, with his whimsical musician friend Octave (Renoir), is a guest at a weekend party at the château of the woman he loves, an Austrian patrician named Christine (Nora Gregor), and her husband (Marcel Dalio), the Marquis de la Chesnaye, who is Jewish. The upstairs-downstairs action, in which the staff—including a maid (Paulette Dubost) and her husband, a harsh gamekeeper (Gaston Modot)—and a folk-wise local poacher (Julien Carette) are part of Renoir’s wildly theatrical portrait gallery of exemplary types unaware that the social stage below their feet was built on quicksand.

Stream “The Rules of the Game” on the Criterion Channel on FilmStruck and Kanopy. 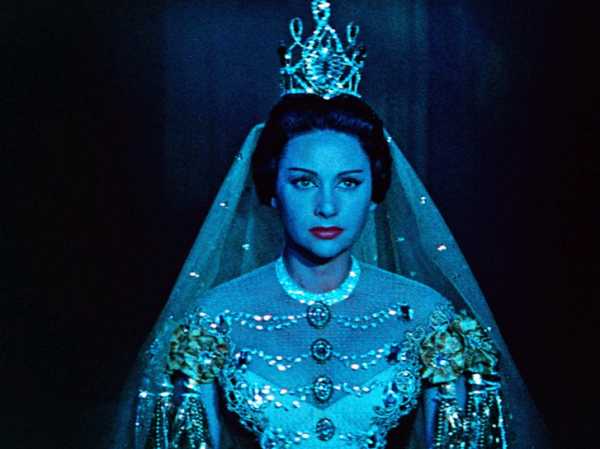 The French cinema, with its historic array of boldly original filmmakers, was long equally balanced by mercenary producers who dealt cavalierly with those artists’ works. The German filmmaker Max Ophüls, who took refuge from the Nazi regime in France and then moved to Hollywood, went back to France in 1950, where he made his greatest films. The one that proved to be the last, “Lola Montès,” from 1955—which was, at the time of its production, the costliest European film ever made—was similarly mutilated by its producers soon after its release. Its successive restorations culminated in the complete version that came out in 2008. It’s a spectacular historical drama and bio-pic of a colorful, extravagant, decorative splendor—and its story dramatizes the emotional price of its extravagant show. The real-life protagonist, played by Martine Carol—an actress who was one of France’s tabloid celebrities of the time—was one of the celebrities of the nineteenth century, romantically involved with Franz Liszt (played by Will Quadflieg) and King Ludwig I of Bavaria (played by Anton Walbrook), to shudderingly political effect. (That monarch is also the grandfather of King Ludwig II, the subject of Visconti’s masterwork; as for the real-life Lola Montez, she’s buried in Green-Wood Cemetery, in Brooklyn, under her birth name of Eliza Gilbert.) But Ophüls, a tragedian of social graces who sees with a relentless clarity the inevitable conflict between the unruliness of authentic passion and the aesthetic refinement of enforced norms, pulls the curtain back on his own aesthetic: he films Montès’s romantic adventures in flashback from her latter-day existence as a circus star who is dependent upon a worldly and cynical impresario (Peter Ustinov). In effect, Ophuls dramatizes the two sides of the cinema, the intense, sophisticated, and destructive life off-screen that gives rise to the dumbed-down display of celebrity for public consumption. Few films are as clear-eyed about their own impending catastrophe.

Stream “Lola Montès” on the Criterion Channel on FilmStruck and Kanopy. 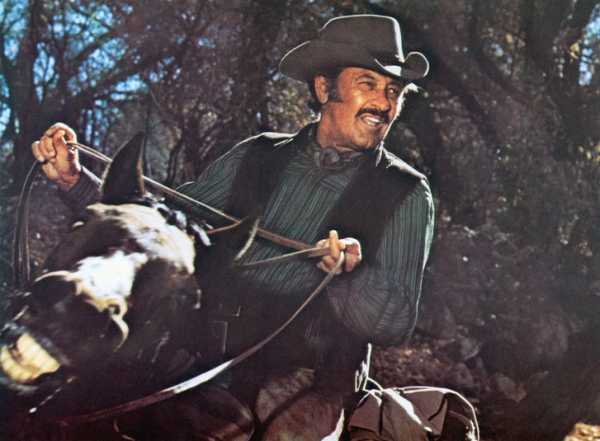 Hollywood has often served its luminaries poorly, and not only in the early days of tight studio control. Blake Edwards’s successes with the “Pink Panther” comedies didn’t make him immune to gross interference when he tried something different. His 1971 Western, “Wild Rovers,” is a Western of the times—a rowdy yet death-haunted jaunt through a troubled landscape by two cowboys (William Holden and Ryan O’Neal) who, frustrated by their ill-paying labor, turn to crime. Throughout, Edwards—a master both of comedy and of movie-centric winks—borrows tropes from other Westerns and turns them inside-out, as Holden and O’Neal, one a holdover from earlier times and one a herald of new ones, banter and bicker their way through ranches and saloons, and, as they flee the law with a clear yet blundering sense of purpose, they also exult in the transcendent wonder of the vast land and the big sky and revel in the illusory joys of their outlaw freedom. Working in a freewheeling vein akin to the films of John Cassavetes, Edwards planned a three-hour expanse to match the span of his subject; instead, the studio hacked nearly an hour out of it, and Edwards renounced the film. (It was released on VHS in a cut that restored twenty minutes of the missing footage.) 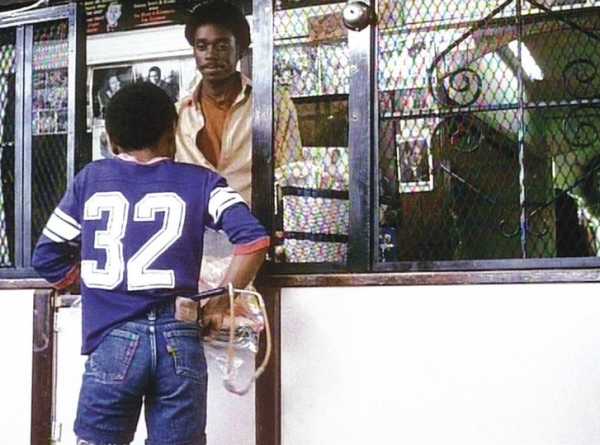 Independent filmmaking is often as fraught a process as studio production. Charles Burnett, who became one of the crucial modern directors with his first feature, “Killer of Sheep,” from 1977, about the life of a family living in the mainly black neighborhood of Watts, in Los Angeles, followed it with “My Brother’s Wedding,” from 1983, also filmed in Watts and centered on members of several families living there. For his second film, Burnett expanded the scope of the action to include both a wider range of characters and a more extreme range of emotions—the movie’s touches of loopy and raucous comedy are matched by the prevalence of violence and the proximity of death. It’s a story filled with the presence of guns and their horrific result—and with threats of crime and the burden of punishment. A young man named Pierce (Everett Silas), who lives with his parents and works in their dry-cleaning store, is bitterly resentful of his brother Wendell (Monte Easter), a lawyer, who’s engaged to a woman named Sonia (Gaye Shannon-Burnett), the daughter of a prosperous doctor (Sy Richardson). Pierce’s best friend, Soldier (Ronnie Bell), is about to be released from prison; Soldier is killed in an accident soon after his release, and Soldier’s funeral will be held on the same day as Wendell and Sonia’s wedding, at which Pierce is expected to serve as best man. Burnett fills the film with voices and memories, humor and rage; his vision of neighborhood life has an ample, passionate generosity. The drama of unresolved frustrations and stifled dreams, as well as of divisions in the black community, seems propelled by a sense of history that looms just below the surface. The movie was originally taken from Burnett’s hands by its producers, shown in a rough cut, and was never released. For its recent video release, by Milestone, Burnett completed the edit. His director’s cut is one of the few that’s shorter than earlier versions.

Stream “My Brother’s Wedding” on FilmStruck.

Democrats should worry about all their close special election losses

Twelve Feel-Good Seasonal Pop Classics, with and Without Christmas |

‘Ghost’ Signals Haunt Milky Way, but As We Get Them Aliens...