Home Culture What to Stream This Weekend: Regina Hall’s Vital Performance in “Support the... 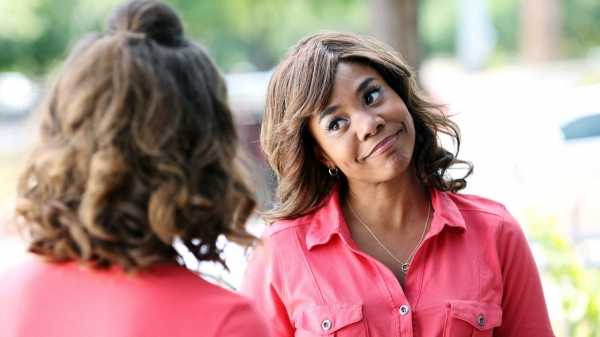 Andrew Bujalski is one of the best and most influential American filmmakers to emerge in the new century. His first feature, “Funny Ha Ha,” is widely credited (or blamed) for sparking the “mumblecore” movement. But nobody mumbles in “Support the Girls,” except for a belligerent man who’s tossed from the Texas sports bar where the story is set. Rather, in Bujalski’s drama about the overlap of personal and professional demands on the waitstaff at the bar in question (as in all of his films), he’s ardently and incisively filming businesses, laws, rules, public power—and their private implications. He films institutions as insistently as Frederick Wiseman does in documentaries, as Vincente Minnelli did in fictions, and the low-key whimsy of Bujalski’s ironic yet hearty observations bursts out with passionately ornate workaday lyricism in “Support the Girls.”

The movie stars Regina Hall, whose role in the film won her the 2018 Best Actress award from the New York Film Critics Circle (of which I’m a member). She delivers a worldly, wise, live-wire-alert performance as a terribly conflicted yet preternaturally graceful manager who bends the rules to help the young women who work for her until the conflicts become irreconcilable. And her performance is only one of the many vitally energetic and nuanced ones in the film, which also features Shayna McHayle and Haley Lu Richardson, as members of the staff, Lea DeLaria, as a regular at the bar, and James Le Gros, as the bar’s owner; if there were an award for Best Ensemble Cast, I’d vote for “Support the Girls.” Yet, for all its artistry behind and in front of the camera, “Support the Girls” took in a grand total of $129,124 at the box office when it was released, in August, which hardly even registers as an opening weekend in Hollywood. But it can be viewed more or less anywhere now, because it’s available to stream at Amazon, YouTube, and other services, where you can also find many other of the best films of 2018.

N.B.: the world of streaming is about to get much larger, with two planned launches—of the Criterion Channel, the successor to the late, lamented FilmStruck, on April 8th, and the new platform OVID.TV, featuring films from some of the most ambitious distribution companies, in March.

The fall and rise of Wolves: Charting the club’s ups and...

Ireland lead England by 122 runs after incredible day one of...