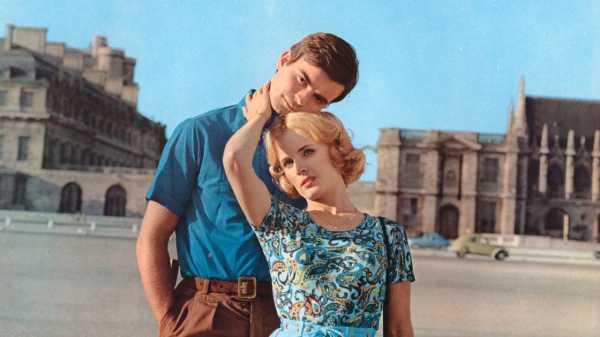 The impending shutdown of FilmStruck, scheduled for November 29th, is both a misfortune and an opportunity. Vivid memories of hours spent, um, film-struck in front of the racks of video stores filled with movies I’d long wanted to see or rewatch, unable to choose one, have come to the fore again with the teeming batch of worthy films on offer at the doomed site. But the terminal date has a way of focussing attention: fortunately, many of the noteworthy films offered there can also be streamed on other sites. But there are some that can’t, and I’d be remiss not to share some of these enthusiasm-stoking trance-breakers for the common good. (Tip: the site, foregrounding its closing announcement, doesn’t make viewing easy. Type the word “watch” at the end of the URL or go to https://www.filmstruck.com/us/watch.)

“A Story from Chikamatsu” 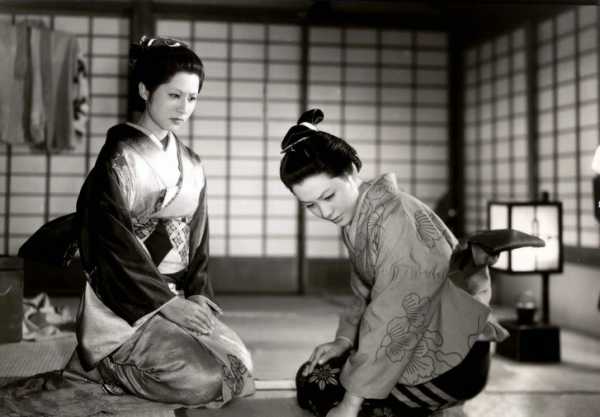 One of the unpleasant surprises of the BBC critics’ poll of the hundred greatest foreign-language (i.e., non-English-language) films (in which I had the honor of voting) is that no film by Kenji Mizoguchi placed higher than sixty-first, far behind many films by far less inspired filmmakers. FilmStruck offers a generous helping of Mizoguchi’s films, and is the only place to stream one of his last, and best, films, “A Story from Chikamatsu,” from 1954, an intensely romantic and bitter historical drama, based on an eighteenth-century play, that’s centered on the filmmaker’s lifelong theme—the oppression of women in Japanese culture and the central part that this oppression plays in a widespread, traditional system of injustice and misrule. It’s the story of a young woman who’s been married off for money, whose flight to rustic freedom also becomes a flight into true love—and definitive, horrific conflict with a cruel social order.

“A Story from Chikamatsu” is streaming on FilmStruck.

Another extraordinary, and extraordinarily rare, movie about public misogyny is Jean Rouch’s “Punishment” (“La Punition”), from 1962. Rouch’s films have long been hard to get hold of; there’s now a terrific boxed set available, from Icarus Films, and it includes “Punishment,” which is showing on FilmStruck and is hardly ever seen elsewhere. It’s a sequel—improvised by its actors—to his seminal metafiction “The Human Pyramid,” featuring one of its main characters, Nadine (Nadine Ballot), a teen-ager in Paris (recently arrived from her colonial home in Ivory Coast) who, after being tossed out of high school for the day, lets herself be picked up by men as a kind of social experiment, in order to probe their personalities, ideas, and ways of life. (It’s also a sidelong sequel to his and Edgar Morin’s crucial film “Chronicle of a Summer,” also on FilmStruck.) Throughout the film, Rouch, an ethnographic filmmaker, makes clear the dangers that Nadine naïvely exposes herself to, especially in a concluding sequence of relentless street harassment that he depicts as an appalling constant of French life and culture—as a feature, not an aberration.

“La Punition” is streaming on FilmStruck. 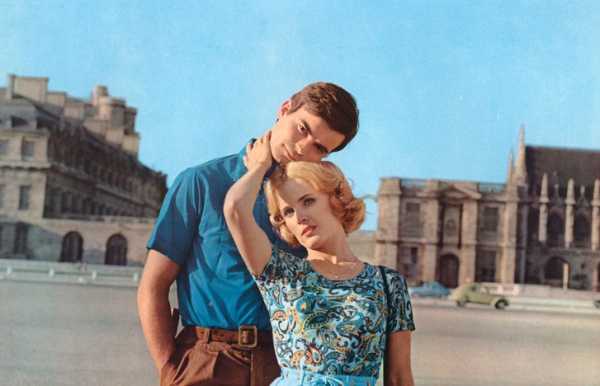 The history of cinema is held together by secret threads. Agnès Varda’s 1965 film “Le Bonheur” (“Happiness”)—a sort of sociological romantic drama about a young family (mother, father, two young children), living in a charming working-class suburb, that’s destroyed by the young man’s affair with another woman—responds obliquely to the premise of “Chronicle of a Summer” (a person-in-the-street documentary in which the filmmakers ask passersby whether they’re happy). It does so with a florid, colorful, sunlit pictorial delight that anchors the film ironically in art history, as well as a series of sidelong allusions in which Varda bounces her film off—and against—those of her male contemporaries in the French New Wave.

“Le Bonheur” is streaming on FilmStruck.

William Greaves’s “Symbiopsychotaxiplasm: Take One,” from 1968, is also an improvised drama, as well as a metafiction. It depicts the filming, in Central Park, of the story of a couple in romantic crisis—and does so with various sets of actors who bring their own concerns to the production, both in their performance of their roles and in their personal discussions (which, of course, are included in the film, along with the activities of the film crew, the intrusion of passersby, and the participants’ debates about Greaves and the project over all. The director’s subject is the nature of artistic authority—and, along the way, the nature of power itself and the wider societal echoes of an intimate and small-scale revolution.

“Symbiopsychotaxiplasm: Take One” is streaming on FilmStruck. 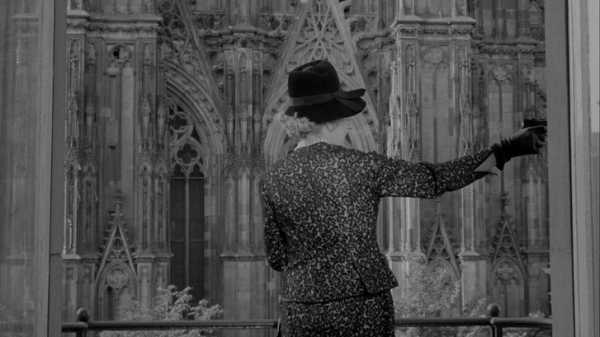 Straub and Danièle Huillet (they were a married couple; she died, in 2006) worked together for a half century and are among the few creators of an original style that embodies a comprehensive world view. Their first feature, “Not Reconciled,” from 1965, a fragmented and elliptical adaptation of Heinrich Böll’s novel “Billiards at Half-Past Nine,” bears the subtitle “Or, Only Violence Helps Where Violence Reigns”—and the diagonalized, shard-like severity of their aesthetic matches the solar clarity of their social and political perspective. They condense the German century of military and authoritarian atrocities into one family’s story—and reveal the endurance and success of the former authoritarians in the bosom of West Germany’s postwar democracy.

“Not Reconciled” is streaming on FilmStruck.

One of the year’s major movie events was the Jacques Becker retrospective at the newly renovated Film Forum, in August. Few films by Becker (and fewer of his best) are available online, but FilmStruck offers one of the greats, “Casque d’Or” (“Golden Helmet”), a passionate and suspenseful Belle Époque melodrama. It’s set mainly in and around the night spots and cafés of Montmartre, as infamous for its criminal underworld as it’s celebrated for its artistic one, as well as at a countryside dance, straight out of a Renoir painting, where a sharp-witted prostitute (Simone Signoret) abandons her abusive gangster boyfriend for a softspoken carpenter (Serge Reggiani) who turns out to be a former convict who’s trying to go straight—but whose relationship with her inflames the criminal element and drags him back in. The movie’s intense air of doomed romanticism is matched by the elegance of its dramatic, even violent gestures; Becker measures, with anguish, the desperately high price that women in the underworld pay for a tiny margin of freedom.

“Casque d’Or” is streaming on FilmStruck. 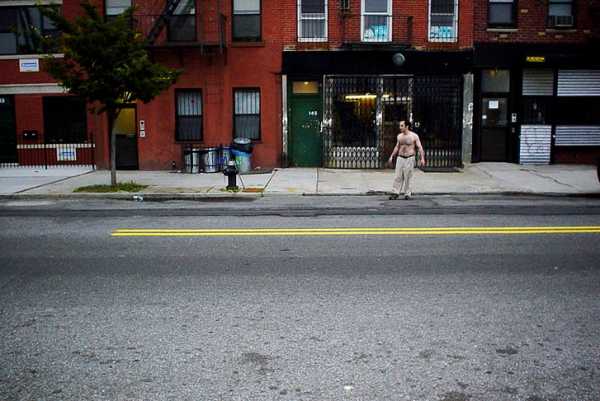 Ronald Bronstein’s “Frownland,” shot in 2002 and 2003 but not released until 2008 (and then only scantly), is the big bang of the ever-expanding universe of this century’s independent filmmaking. Dore Mann (Bronstein’s cousin) plays a deeply struggling, frantically burdened young man, working as a door-to-door salesman, living with an oppressive roommate, coming out of a flaying relationship, and lurching from a toehold on sustenance into a New York night of free fall. It’s a movie of terror and exaltation, delusion and clarity, raw ferocity and aesthetic delight; it’s Bronstein’s only feature as director to date. (He has been working with the Safdie brothers, Josh and Benny, in whose feature “Daddy Longlegs” he stars.)

“Frownland” is streaming on FilmStruck.

The extraordinarily prolific Filipino director Lino Brocka’s melodrama “Insiang,” from 1976, is a passionately detailed drama of the sexual, economic, and familial degradation of a poor young woman, who is raped by her mother’s gangster lover and decides to fight back. It’s a revenge story of a vivid energy and a vital ferocity, in which the codes and norms of an indifferent and depraved milieu are turned against it. Hilda Koronel’s performance in the title role infuses it with fierce intelligence, righteous outrage, and the darkly bitter illumination of consciousness expanding in real time.

“Insiang” is streaming on FilmStruck. 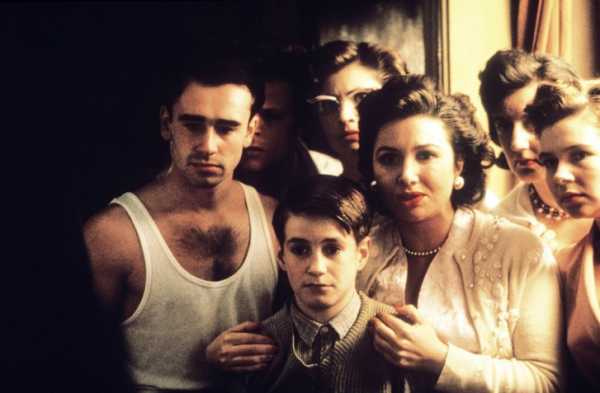 Terence Davies (whose film “A Quiet Passion,” from 2016, ranks high among all recent movies) is one of the crucial modern filmmakers, but his greatness is matched by the rarity of some of his best work. FilmStruck offers “The Long Day Closes,” his second feature, from 1992, and the autobiographical sequel to “Distant Voices, Still Lives.” It’s the story of the nearly adolescent Bud (Leigh McCormack), a Liverpool boy in the nineteen-fifties, whose harsh world of school and the streets is balanced by the rituals of church and other ceremonies, even dearer to him, that are celebrated in the pews of movie theatres. It’s among the great memory pieces, coming-of-age stories, and musicals; the rendition of the title song, and its place in the film, is one of the most exalted of all musical movie moments.

“The Long Day Closes” is streaming on FilmStruck.

“Cluny Brown” is streaming on FilmStruck.

Olivier Giroud to Chelsea: Why the striker is a loss to...

What Is She Hiding? Australian Republicans Furious As Palace Does U-Turn...