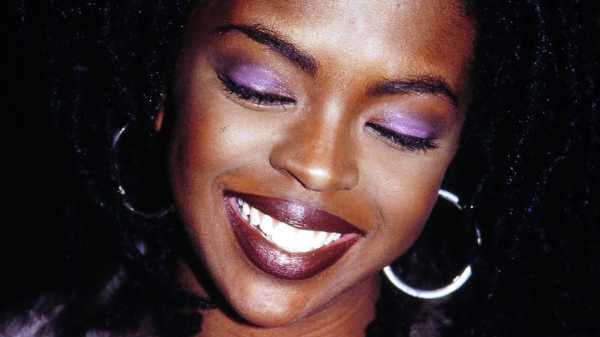 There was no telling when or whether Lauryn Hill would show up to her own concert at Newark’s New Jersey Performing Arts Center on Monday night. Given her history of cancelling or arriving late, to buy a ticket to a Lauryn Hill show is to perform an act of faith. Yet fans continue to do so, partly because when Hill does arrive she does not come to play.

We have known this about her for at least twenty years, ever since the release of her first—and, to date, only—solo studio album, “The Miseducation of Lauryn Hill.” A treatise on spirituality, blackness, experience, and a showcase of Hill’s superlative talent, the album was released when Hill was only twenty-three, and is perhaps most striking, in retrospect, for its incredible seriousness. The first full track, “Lost Ones,” glares down all those who doubted that the Fugees alum and new mother could make it on her own. “That initial boom bap bah boom bap? That’s it,” the early Hill associate and producer Jayson Jackson is quoted saying in “She Begat This: 20 Years of The Miseducation of Lauryn Hill,” a new book about the album, by Joan Morgan. “From the very first line,” Jackson says, “you just know it’s going down.”

“It’s funny how money change a situation,” Hill begins. But, of course, it’s not funny. “This was Lauryn’s machete rhyme,” the d.j. and scholar Lynnée Denise says in the book. “She’s telling you that she will cut you.” Aside from anything that Hill actually sang or rapped, her craft on the album made its own argument: the best revenge for being betrayed or underestimated is sheer excellence.

As is now well known, “Miseducation” proved the haters wrong in 1998, breaking records for first-week sales and winning five Grammys, including Album of the Year. It has sold more than nineteen million copies. Hill, meanwhile, has gone from everyone’s homegirl, L-Boogie, to black music’s enigmatic grand dame. She has released only a handful of new songs since 2002. She has been sued by her “Miseducation” collaborators and has served time for tax evasion. Yet Ms. Lauryn Hill, as she prefers to be called, has also been working—not only as a mother of six but also as an heir to an intensely demanding musical tradition.

Her current tour, designed to celebrate the twentieth anniversary of “Miseducation,” makes sense, because retrospection has always been Hill’s dominant mode. Reflecting on “the kind of life that I have lived” on “I Used to Love Him,” in 1998, Hill described her love object as “a young man,” as if she herself were not in her early twenties. On “Miseducation” as a whole, she seemed to spin the gold and fire of the past forty years into an album that charged right up to the musical mountaintop. Binding soul with hip-hop and reggae, Christian faith with Rastafarian righteousness, the album expressed a sense of arrival so profound that Hill herself had to undo it. Three years after its release, she played a solo set on MTV “Unplugged” that was marked by self-conscious candor, hoarse vocals, and an uneven acoustic guitar. Sharing new songs that replaced fan-favorite themes of self-affirmation and healing with those of penitence and reform, Hill tested the fidelity of her audience and the limits of hip-hop’s cult of authenticity, its love of “keeping it real.”

Morgan’s book argues that even if Hill never releases another album she will have done more than enough. Morgan is a veteran music critic and scholar, who coined the term “hip-hop feminism” in her classic book “When Chickenheads Come Home to Roost.” Here, she draws on conversations with two generations of black women to frame Hill as a progenitor of “black-girl magic”—that particular mixture of self-love and verve that revels in complexity instead of hiding it. She describes Hill as a no-shit-taking Ivy Leaguer and a sex-positive romantic who challenged hip-hop’s “queens vs. hoes” dichotomy; a “diasporic chameleon” who proudly repped her New Jersey roots while also claiming the Caribbean; a deep brown, natural-haired fashionista who, according to the image activist Michaela Angela Davis, proved that “We can be sexy. And tomboy. And radical. And church girl. And visionary.” Such representation matters, Morgan concludes, not simply as a matter of demographic coverage but “because it allows you to grant yourself permission to become the thing you know in your heart you are but have never seen.” Beyond “Miseducation,” this very personal sense of possibility and permission is what Hill “begat.”

But what of Hill herself? She did show up in Newark, dressed for the homecoming in a long, white gauze-and-lace gown, and played a strong two-hour set that showed her to be not only progenitor but also an inheritor. A mosaic of vintage video clips was projected behind her, showing Nina Simone, Minnie Riperton, Stevie Wonder, Otis Redding, Kurtis Blow, and others, performing in their prime. Between songs, she explained that their music was “the soundtrack of [her] upbringing,” and that she sought, on “Miseducation,” to synthesize soul and hip-hop to “create a modern-day classic for my generation.” If that sounds somewhat staid, her live versions of the songs proved how unruly—how unsettled and unsettling—a classic can be. She began with a re-harmonized version of “Lost Ones” that blared like a finale. It was loud with horns, drums, and a day-of-judgment organ—chanelling the sound and fury of an entire musical century.

Hill’s own voice—a rich, copper contralto, at once thick and impossibly nimble—was front and center of “Miseducation.” Not so on these arrangements. In concert, Hill was directing the band, fretting over the sound system, and proving that her own verbal dexterity is undiminished—but she also played the role of a conduit. Carrying forward the eccentric timing of Nina Simone, the epic theatre of Curtis Mayfield, the prayerful critique of Marvin Gaye, her revamped songs, in so many ways, announced that the music was bigger than her.

In “She Begat This,” the music critic dream hampton regrets that Hill was saddled with “a legendary status she had not yet earned” by those who, upon hearing “Miseducation,” crowned her the next Nina Simone. It might seem as though she has spent the past two reclusive decades doing what jazz musicians call “woodshedding,” privately honing her craft so as to retroactively earn the accolades that were bestowed on her too soon. But the burden was never simply that of public expectation; it was the weight of a whole tradition of African-American music, the pressure of a history that makes its own demands.

The way these demands are made of both Hill and her audience was apparent on Monday night when she sang “Forgive Them Father,” with the screen behind her displaying clips of black people being killed and abused by the police. Along with images of the MOVE bombing, in Philadelphia in 1985, and of the 1992 Los Angeles riots were more recent videos that, having gone viral through cell phones and laptops, were especially sickening when rendered on a big screen: Eric Garner in the moments before he was strangled; the police car approaching Tamir Rice; a four-year-old girl embracing her mother, Diamond Reynolds, who sits handcuffed after cops have killed her boyfriend, Philando Castile. Meanwhile, Hill shouted a gospel chorus that was both indictment and appeal: “They don’t know / Teach them! / They wouldn’t do it if they did.” The crowd, which had been dancing, stopped.

In 1963, the writer and activist Amiri Baraka published a story called “The Screamers,” in which a jazz band plays with such radicalizing “hatred and frustration, secrecy and despair” that the black audience members follow them out of the club and onto the streets of Newark. Thirty years later, the author’s son, Ras Baraka, would appear on “Miseducation” as a teacher guiding students through lessons about love. He is now the mayor of Newark.

That play between rebellion and governance, power and despair, was palpable as Hill brought the audience to the brink and backed us up, turning from “Forgive Them Father” to the upbeat nostalgia trip “Every Ghetto, Every City.” She was clearly trying to lighten the mood, but the sequence of songs suggested a promise betrayed. If we are still, as “Every Ghetto” has it, “looking back” on death, recent deaths, then clearly the better days that soul-era revolutionaries and everyday people looked forward to have not come to pass. Hill is still writing herself into a tradition that keeps pushing, seeing black music as an inexhaustible balm, instigation, and guide. Watching her onstage in Newark, it seemed that she had been reckoning with that history all these years, finding herself in and through it even when she appeared to be lost.

Harry Winks delighted to have played so many games for Tottenham...