Home Culture Why Humans Treat Their Dogs Like People | 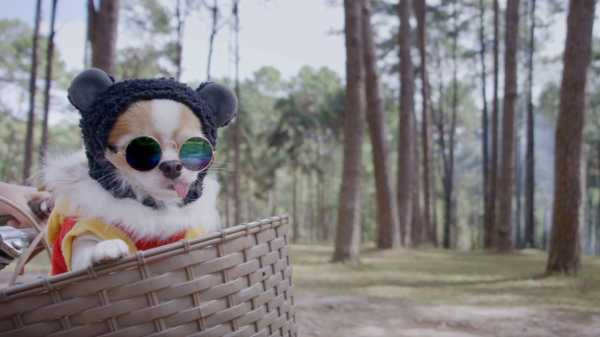 If you have the means, you can treat your dog not just like a human but like a well-heeled sophisticate.

A couple of years ago, I put on my shoes, grabbed my purse, and asked my dog, Luna, if she needed anything from the bodega. It was then that I realized just how deep into the madness of pet anthropomorphism I had sunk. My excuse, of course, is the same as every other nut job’s. I swear that Luna, a fluffy, mischievous, ninety-pound Border collie–Great Pyrenees mix, is basically a human. She’s as big as one, anyway, and as expressive. Friends come over for parties, gaze into her skeptical hazel eyes, and inform me that Luna resembles a person wearing a dog suit. Because I work from home, I’ve spent much more time with her than I have with my actual human partner, and every day I observe her mood shifting like the light in our apartment: she’s sleepy; she’s hyper; she’s on edge; she’s happy; she wants to be left alone. Like most dog-owners, I have developed an embarrassing voice that I use to ventriloquize her thoughts and feelings (as I imagine them, anyway), and, if Luna were docile enough to dress up in anything more complicated than a bandanna, I would probably style a full outfit for her every day.

This kind of behavior is fairly common—and there’s a thriving market aimed at it, as detailed in the Annals of Obsession video above. Tinkerbelle, a papillon-Maltese mix whose Wikipedia page describes her as a “canine model and internet celebrity,” has appeared in ads for Ralph Lauren, Febreze, Swiffer, and Target. “I just treat her as a person more than an animal,” her owner, Sam Carrell, says. “And I think that’s why she’s so successful, too, is because she’s not treated as an animal.” If you have the means, you can treat your dog not just like a human but like a rich and fancy one: Kerry Brown, the co-owner of the New York City location of D Pet Hotels, a “five star” chain of boutique dog accommodations, runs an establishment with a full slate of amenities, including night-and-day room service prepared by a private chef; a gym called Pant, where dogs can run on treadmills; and a selection of grooming options, including the Rich Bitch and the Suri Cruz. “Does a dog need a forty-two-inch flat-screen TV?” Brown asks. “No. They do not. But a parent knows that, by having that TV running, it will keep the dog company and help the dog feel more at home.”

Charismatic animals tend to receive an illogical amount of human care and attention. The sadness prompted by images of a polar bear whose habitat is shrinking often outstrips the sympathy generated by a climate refugee in the same situation. I can’t remember the last time I went to the doctor for a routine checkup, but I take Luna twice a year. It’s “problematic,” the dog trainer Annie Grossman says, “to treat them like we would want to treat a person.” Dogs are meant to be dogs; they evolved to hunt, to work, and to live in packs. “We give them everything they need. Is that really giving the dog the best possible life?” Carrell has a counterpoint, though: “If you have something, and you care for it, why wouldn’t you spend the money?” I looked at Tinkerbelle, in her pink jacket, and considered the fact that I cut my boyfriend’s hair in the kitchen, but Luna goes to a Brooklyn groomer where a wash and trim costs over a hundred dollars, with tip.

George Nader, one of the Trump-Russia investigation’s most mysterious figures, explained