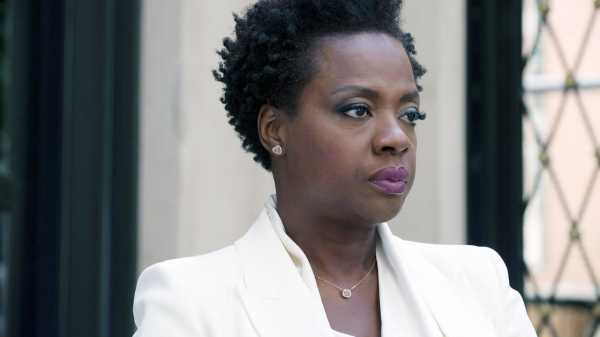 With his 2013 movie, “12 Years a Slave,” Steve McQueen took on a subject of mighty historical import and created original, impassioned scenes of high political complexity and moral moment. In “Widows,” he takes on a subject of familiar and overfamiliar entertainment, the heist film, and infuses it with myriad political elements, which he brings to the fore. Despite the deftness of the graft (thanks to a script that he co-wrote with Gillian Flynn), it remains, throughout, a graft—a conspicuous effort to rely on the simple emotional engagement of a crime drama to deliver didactic observations about political power relations.

“Didactic” is no insult; there are great and inspiring teachers, and directing might as well involve the role of teacher along with that of storyteller. But in “Widows” there’s an element of cynicism in the playing of that role, a sense of McQueen adorning the storytelling with doctrine rather than enriching or illuminating it. The movie tosses back at viewers a variety of casual exasperations—inchoate, flip, and manipulable—that flatten and simplify the very ills and grievances that it dramatizes.

“Widows” nonetheless offers an occasionally persuasive, if transitory, line of immediate passion through the authoritative presence of its cast. The film is a remarkable showcase for a group of stars and should-be-stars, who give the impression of doing the bulk of the work, turning flat roles three-dimensional and bringing off-key or simplistic lines of dialogue into rich harmony.

The film is actually a double heist. The first ends in tragedy as four men, after fleeing in a van filled with the cash that they’ve boosted, are besieged in their hideout by a SWAT team and caught in a huge explosion. The men’s widows are left to fend for themselves—and each man has left behind a mighty mess.

Linda (Michelle Rodriguez), one of three widows at the center of the story, owns a store that sells gowns and trimmings for quinceañera celebrations, but she loses the store after discovering that her husband has gambled away her capital. Alice (Elizabeth Debicki), whose husband physically abused her, has been left both penniless and resourceless, and her mother (Jacki Weaver), herself a criminal and an abuser, pushes her to take up prostitution. Veronica (Viola Davis), a former teacher and union official, lives in a luxurious apartment; her husband, Harry (Liam Neeson), the kingpin of the crime ring, left her well provided-for. But the money stolen in the failed heist was taken from Jamal Manning (Brian Tyree Henry), a former drug dealer, who threatens Veronica’s life and gives her a month to pay back his two million missing dollars. As a kind of virtual insurance policy, Harry left Veronica a notebook, filled with detailed plans for another heist, that she’d be able to sell to other criminals; but, instead, she decides to do the heist herself, and recruits Linda and Alice to take part.

Alongside this criminal plotline is a story of local political machinations. Jamal, having left his drug-dealing days behind, is running for local office, in a campaign run by his brother Jatemme (Daniel Kaluuya), a sadistic enforcer whose strong-arm tactics leave a trail of blood. Jamal’s rival is Jack Mulligan (Colin Farrell), the dapper and well-groomed son of the hardnosed and streetwise outgoing alderman, Tom (Robert Duvall), who’s retiring for medical reasons and plans—or, rather, presumes—to pass the seat along to his son. But the district is now predominantly populated by black residents; the Mulligans are white, the Mannings are black, and Jack, part of a corrupt political machine, makes a big show of the benefits that he and his family can offer the community.

These details, along with many other cannily planted ones, fit together with a technically impressive coherence that’s also dramatically ridiculous. Incidentals turn out to have a clichéd and unintentionally comedic prominence, such as the long-term significance of a flask used for a post-coital drink, or a ubiquitous dog’s well-developed sense of smell. If the movie conveyed even a bit of playfulness, a hint of a wink at genre conventions, these absurdities would advance the film’s substance rather than submerging it in the sentimental sludge of overwrought and underdeveloped sympathies. Instead, the carefully calibrated restraint that arises from McQueen’s earnest and sententious direction seals out the psychological implications of the stifled melodrama. (By contrast, David Fincher’s approach to Flynn’s script adapting her novel “Gone Girl”—with which “Widows” shares some curious traits—renders the story’s melodramatic twists as metaphors and its conflicts as myths.)

The elements of “Widows” that seem to excite and interest McQueen the most are the secondary societal observations that he includes with no dramatic necessity but great moral urgency: a brief but indelible subplot involving the wrongful killing of a black teen-ager by a white cop; a clip of an interview with Albert Woodfox, who was held for forty-one years in solitary confinement in Angola prison, in Louisiana; a scene of dilapidated wooden buildings in a mainly black Chicago neighborhood; a view of uninhibited racism among white officials.

But McQueen’s illuminations of the conditions of the time, in the bright light of fleeting and emblematic reflections, are undermined by the traditional dramatic composition of his hermetically assembled plot. “12 Years a Slave” is by far his best film because his historical distance from the subject matter allowed him to tilt the movie’s balance toward his powerfully symbolic imagination. In “Widows,” by contrast, the symbolic elements remain detached, isolated, secondary to the story, even as they seem to be its raison d’être.

In “Widows,” the intricacy with which the criminal and political realms—and the personal and public ones—are intertwined makes for a narrative refinement that suggests a grand design that the movie leaves unexplored. Despite the dramatic power of the burdens endured by the movie’s female protagonists at the (literal and figurative) hands of men, their stories are diluted by their lack of personal characteristics or inner life. As the women’s heist plot speeds toward action, Veronica delivers, to her partners in crime, the movie’s money line: “The best thing we have going for us is being who we are . . . because no one thinks we have the balls to pull this off.” The problem is that the movie never bothers to make clear who, in fact, the widows are.

The dramatization of the behind-the-scenes chicanery of political campaigns, moreover, has a peculiar antipolitical cynicism. For instance, the Mulligan headquarters’ fence is emblazoned with a sign that says “Union Pride”; whatever corrupt ties may bind politicians and unions, they’re nothing compared to the corruption binding anti-union politicians with their corporate overlords. For all its shards of impassioned political principle, the ultimate tide of the film is antipolitical; it’s a movie about the sham and the disappointment of political organization, of grass-roots activism, of elections themselves. Its hearty, fist-pumping enthusiasm for criminal individualism is a mere mirror image of the anti-government ideology of libertarian conservatives, of free-market Wild West capitalism, that responds to official crimesi with unofficial crimes, and despairs of actual progress through activism. In effect,, “Widows” is a turnout-lowering movie.

The Samsung S9 has a great camera – just like other...