Home Culture With “London Boy,” the English Delight in Some Fine Mockery of Taylor... 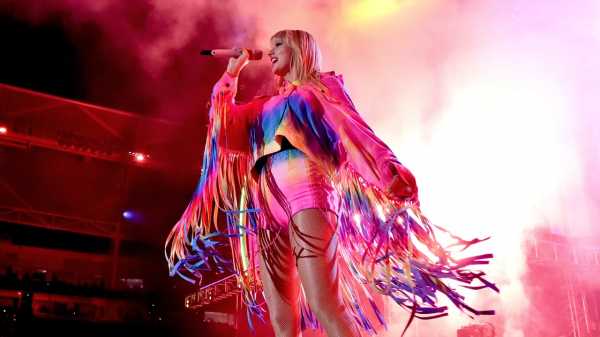 “God, I love the English,” Taylor Swift breathes in “London Boy,” which was released last week. I wonder if she still does? In the song, which appears on her new album, “Lover,” Swift catalogues her fondness for different London neighborhoods and activities—visiting Camden Market, going to Shoreditch, walking in the West End, watching rugby in pubs. After the song dropped, Londoners on Twitter questioned the singer’s familiarity with the city, where she has reportedly been spending more and more time in the three years since she started dating Joe Alwyn, a British actor who was raised in the North London neighborhood of Tufnell Park.

The arch tone was best established in a much retweeted observation that “No-one enjoys walking Camden Market in the afternoon”—the area is a cacophonous cobblestoned hellscape of knockoff designer T-shirts, artisanal-food trucks, and venders of CBD-oil products— and “Friends don’t make friends go to the West End.” (The West End, in Central London, is like Fifth Avenue smushed into Broadway: rife with theatres, the M&M store, and a Pret on every corner.) Another Twitter user helpfully calculated the travel time and public-transport cost—five hours and fifteen minutes, roughly thirty dollars—of Swift’s cross-capital peregrinations, which include, as he pointed out, the perplexing decision to travel from Shoreditch, in East London, to Camden, in North London, to Hackney, back in East London again. (On Swift’s claim to enjoy clubbing in Brixton, a neighborhood in South London: “This is where Taylor Swift’s commuting plans start to unravel. Stumbling out of Club 414 at 4:30am, no night tube in sight—she jumps on the 35 bus all the way to Shoreditch.”) Some commentators were skeptical that Swift, who sweetly sings, “Please show me Hackney,” had ever actually been to the neighborhood, a rapidly gentrifying area that might best be compared to Bushwick, Brooklyn, in terms of its social and economic profile. (“Bitch, you haven’t had a kebab on Kingsland Road, stop lying.”) Meanwhile, female Londoners were especially quick to warn Swift off the kind of man who would take her to a pub to watch rugby with his friends or regale her with “stories from uni” (which is short for university, and is what British people call college, unless they have gone to Oxford or Cambridge, in which case they call it “college”). “Any guy who enjoys walking through Camden market and introduces you to his mates at a pub in Highgate where they’re watching the rugby is a MONSTER!!!!!” one concerned observer tweeted.

All this, you would think, might be enough to make Swift reconsider her affection for the English generally, if not specifically for Alwyn, a Bristol University graduate who seems like a perfectly nice young man. (In an interview with British Vogue, he spoke of a childhood filled with pet guinea pigs, fencing lessons, and the illicit burning of 50 Cent CDs for his mates whose parents wouldn’t let them buy them—bless.) And yet, among the first things that Swift must surely have learned about the English is that the deployment of sarcasm is a reflexive response to just about any situation—a national sport, almost.

Taking the piss out of people is what the English do to show contempt, certainly, and if Swift were to take the criticism of her song to heart, it would be enough to wipe from her face the “American smile” with which she characterizes her own enthusiastic, lovestruck, Anglophile self. But sarcasm is also what the English use to show affection, with so many other means of expression closed off to them by broad cultural prohibitions against betraying strong emotion. (The words “English smile,” if they conjure anything, bring to mind an ambivalent grimace over wonky teeth.) If Swift has spent as much time bantering over a warm pint or two as she claims, she knows that the razzing she’s received might also be interpreted as a kind of grudging acceptance. If she truly loves the English, then surely she—like Madonna and Gwyneth Paltrow, those other earnest, openhearted Americans who transplanted themselves to British shores for love—will understand that to be made fun of, nay, to be humiliated, in public, is just one of those things that assimilation demands.

Or could it be that Swift has already made that cultural adjustment? Could it be that “London Boy” is not actually a clueless catalogue of tourist spots culled from an ancient “Let’s Go” guide, opportunistically selected for their rhymes, so that “Hackney” is paired with “Louis V”? What if the recording is actually Swift’s own effort to mock herself and her wide-eyed American ilk? What if “London Boy” is not only about London but is an effort really to be a Londoner, by entering into the city’s habits of irony and self-deprecation?

In that case, the assertion “Now I love high tea” would not merely be an opportunity for Londoners to note that the only people who consume anything called “high tea” in London are American tourists being shamelessly overcharged for a scone and a spoonful of clotted cream at Claridge’s. The line would, instead, be a self-referential joke by Swift about English people’s low expectations of Americans such as herself. Consider, too, the line in which she introduces her unnamed London Boy: “I saw the dimples first and then I heard the accent.” The English accent is, indeed, a noted aphrodisiac among Americans, as any Englishman who has ever visited a bar in New York and been astonished at his uncharacteristic luck might attest. But listen carefully to Swift’s pronunciation in the line “Took me back to Highgate, met all of his best mates.” Swift appears to be lightly deploying what scholars call Multicultural London English, a sociolect that has emerged in the past two decades and combines multiple ethnic and linguistic influences to produce a mode of speech that is widely spoken among younger people of all races and classes in the capital. Swift isn’t gaga about any old English accent; she’s understood some of the subtlety of the prevailing vernacular.

It is true that the locations Swift cites are mostly obvious, or peculiar. The West End is not such an unexpected destination if one is dating an actor: presumably some of Alwyn’s mates are treading the boards when they are not talking about rugby, and it would be rude of Swift not to show her face. While it’s not quite true that absolutely no one likes Camden Market in the afternoons—I can personally attest that it is a particularly popular destination among fourteen-year-olds from Tufnell Park hoping to get an after-school contact high—it is, admittedly, as hard to imagine Swift perusing the stalls selling fake Stüssy sweatshirts and novelty iPhone cases as it is to picture her hanging out on St. Marks Place on a Saturday afternoon.

But what if Swift is listing places such as Camden and the West End because she recognizes the potentially ruinous force of her celebrity, and seeks to mitigate its effect by sending celeb-hunters to places that are already crawling with thousands of tourists, rather than bringing them to the more remote residential districts of North London, like Crouch End, where she reportedly has rented a house? (It’s not like she couldn’t have found a suitable rhyme. “Took me up to Crouch End / Introduced me to his louche friend” doesn’t quite work, but Swift’s the songwriter, not me.) The exception to the too-obvious-to-be-interesting rule is Highgate, the village-like North London neighborhood that she name-checks multiple times, and if the Flask gets overrun with Instagramming Swift-seekers, there will be hell to pay by local residents, who reportedly include Kate Moss and Jude Law. At least she doesn’t mention the Ladies’ Pond. 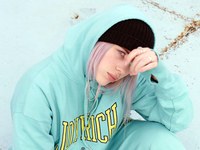 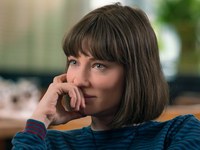 “Where’d You Go, Bernadette” and the False Dream That Art Will Fulfill You 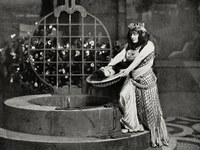 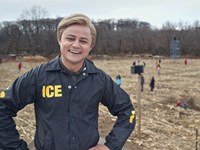 Always Too Soon: Writing Sketch Comedy in the Trump Era 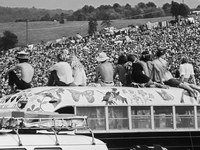 The Misconception About Baby Boomers and the Sixties 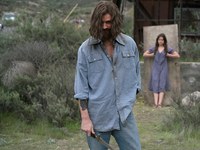 There is one aspect of Swift’s depiction of life in London, however, that drew little scorn from her adoptive city dwellers. In singing of going to pubs and “drinking in the afternoon,” Swift celebrates one of the capital’s most cherished institutions, that of the uninhibited consumption of alcohol—in a pub, on the street outside a pub, or on a blanket in a park without any need to hide your beer can or bottle of Prosecco in a brown paper bag, or to conceal your indulgence with shame. (Ed Sheeran voices similar feelings in “Take Me Back to London,” his new collaboration with Stormzy, the British grime artist, in which Sheeran raps of his wish for “a packet of crisps with my pint.”) The freedom to drink openly and diurnally is proudly defended among Londoners. This was demonstrated last spring, when Diane Abbott, a veteran Labour M.P., apologized on Twitter after a photograph was leaked showing her sitting on an Overground train holding an open can of pre-mixed mojito, an act that was in violation of London transport rules, if not of its customers’ typical practice. Abbott’s deadpan tweet—“I’m sincerely sorry for drinking on TFL”—was sympathetically received by fellow-Londoners, some of whom said that they had never felt so represented. David Lammy, the M.P. for Tottenham, tweeted, “Jah Rastafari! Why was the rum not Jamaican?”

Giving a fellow-Londoner the benefit of the doubt, as Lammy and others did with Abbott, is a habit to be encouraged among the city’s eight million residents, especially given the current climate of divisiveness in the U.K. So let’s extend the same generosity to Taylor Swift. She did not, after all, claim to have been to Hackney. (Which happens to be in Diane Abbott’s constituency; they could meet for drinks!) Rather, she asked, plaintively, to be taken to Hackney—to be inducted into its wonders, however little she may know of them or like them once she’s there. Londoners—let’s embrace Swift, and her clumsy but heartfelt love of the city. Oh, I forgot. By making fun of her, we already did.

Daylight saving time: Does it affect your health?