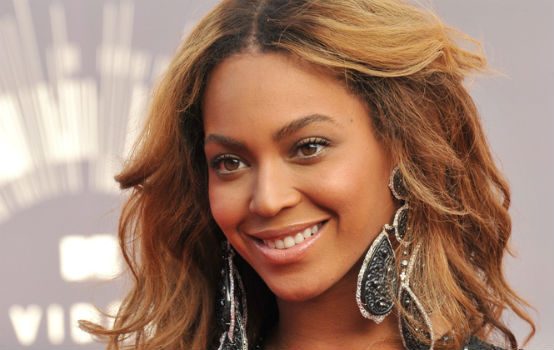 When I was an undergraduate, my favorite professor was Dr. Messer, an expert on the great 20th-century Southern Catholic novelist Walker Percy.

Percy’s novel The Last Gentleman begins with an epigraph from the philosopher Romano Guardini, predicting a future in which “the unbeliever will…cease to reap benefit from the values and forces developed by the very Revelation he denies” and love “will disappear from the face of the public world.”

To help us understand this abstract post-Christian prognostication, Dr. Messer would tell us a story. His wife had a friend who was educated, cultured, and smart. One day, the friend asked Mrs. Messer a question: “You’re a Christian, right?” Mrs. Messer confirmed that she was. Well then, the friend wanted to know, why do so many church buildings have the letter “t” on the roof?

While this level of ignorance might sound comical, it’s become increasingly acceptable among America’s cultural elites. In his recent standup special “Kid Gorgeous,” comedian John Mulaney sets up a joke about his religious upbringing: “If you grew up going to church and you have adult friends that didn’t, they have a lot of questions. They’re like, ‘Wait, so [your parents] forced you to go? …What do they say in there? What do they do? What did they tell you?’” When mimicking these chronically unchurched friends, Mulaney, himself a lapsed Catholic married to a secular Jew, drops his voice to a conspiratorial whisper, as if his sophisticated New York set sees no difference between the Catholic Mass and the Black Mass. To an entire generation, all organized religion is something mysterious, sinister even.

I’ve encountered the same ignorance about religion during my graduate studies at Georgetown. In a class on how British literature responded to the issues raised by the French Revolution, I mentioned to my Marxist professor that I was interested in writing my paper on Unitarianism, a sect that denied the Trinity and tended toward radical politics. She, the professor, suggested that I might start by reading a newly published book on Methodism. She wasn’t prompting me to shift or broaden my topic; she genuinely didn’t know the difference. She is a brilliant and accomplished scholar in other areas, but trying to study 18th-century Britain, or any other time and place, without knowing anything about its religion seems like an exercise in futility. She herself acknowledged her blind spot in her response to my paper, assuring me that she would put more emphasis on religion the next time she taught the class.

One more example. Last month, San Francisco’s Grace Cathedral (which is, of course, Episcopal) held a “Beyoncé Mass” that featured choral renditions of Beyoncé songs and a Beyoncé-based sermon designed to empower women of color. The entire thing was reprehensible, but there was one moment from Vice’s coverage that really caught my eye. About a minute into the video, Vice reporter Nyasha Shani Foy mentions that the Beyoncé Mass could help attract a younger crowd to church, and then recites some statistics about how drastically Catholic Mass attendance has fallen since the 1950s. I was flabbergasted. Foy, who I’m sure knows an entire encyclopedia of identity politics terminology backwards and forwards, couldn’t be bothered to learn the difference between Roman Catholicism and Episcopalianism.

Of course, this tendency to collapse the distinctions between sects in a sort of lazy ecumenism is partly the fault of Christians themselves. According to the Pew Research Center’s 2015 study of “America’s Changing Religious Landscape,” fully 42 percent of Americans belong to a religion different than the one they were born into. This figure, however, is based on Pew’s somewhat arbitrary division of Protestantism into three branches: evangelical, mainline, and African-American. If the endlessly proliferating plethora of over 33,000 Christian sects in America alone were taken into account, I have no doubt it would be higher. The 21st-century habit of casually bouncing between Presbyterian, Methodist, Baptist, and non-denominational churches looking for good sermons and hip music was unheard of among my grandparents’ generation. If you were born a Lutheran, you died a Lutheran. It seems that even Christians have become ignorant of what makes their particular religious traditions unique.

In a garish instance of the Procrustean bed, we cut our religion to suit our preferences instead of working to conform ourselves to the teachings of our faith traditions, a problem equally evident in mainline and evangelical denominations. As a result, the Church has become corrupted by politics. In 1960, only 5 percent of Americans said they would be uncomfortable with their child marrying someone from the opposite political party. By 2010, the number was up to 40 percent, even as interfaith marriages continued to rise. Commenting on this trend, the Institute for Family Studies suggested that politics has “taken the place of religion as a way of expressing our most basic values.” Of course it has. In each individual life, religion must either rule or serve. As a ruler, it can challenge ideas on every side of the spectrum and defend us against becoming blindly ideological. As a servant, it quickly becomes a mewling, conniving sycophant, eager to please its ideological masters.

This movement toward cafeteria Christianity also has consequences outside the Church. Christians have given secularists the impression that Christianity is whatever one makes of it, so why should those secularists bother to educate themselves? With 33,000 denominations all claiming to be correct, it’s not much of a stretch for an atheist to claim that his idea of Jesus must be just as valid as that of the 2,000-year-old Roman Catholic Church. As Christianity has lost its grounding, Christian religious identity has been taken less seriously, despite the rise of identity politics. Anyone who fails to stay up to date on the newest permutation of LGBT (last I checked, it was up to LGBTQQICAPF2K+) leaves himself vulnerable to angry demands that he “educate himself.” Yet Mulaney’s crowd, my Georgetown professor, Mrs. Messer’s friend, and Nyasha Shani Foy all see nothing wrong with being blithely ignorant of something that, for many people, defines them far more than their race or gender.

Appropriation of Christianity doesn’t seem to be an issue either. I have multiple Facebook friends who insist they aren’t Christians but still never miss an opportunity to secular-splain that Jesus would have supported universal health care or open borders or whatever the progressive cause du jour happens to be. Now try that with an identity other than Christianity. “I’m not black, but what MLK really meant was…” You can guess how that would be received. Or compare the praise secularists heaped on the Catholic-themed Met Gala with their vitriolic reactions to Selena Gomez wearing a Hindu bindi in a music video.

Still, all is not lost. When organized religion becomes mysterious and occult, it will certainly drive some people away, but it will also gain the power to attract dissatisfied secularists looking for something more. First, though, Christians will need to start taking their own faith traditions more seriously, not just as personal choices, but as historically and doctrinally grounded institutions. Switching from one to another may become necessary, but it should never be done lightly or in a way that implies they are all interchangeable. Christ prayed that his followers would be one. By utterly disregarding that instruction, American Christians have opened the door to the total erasure of their religion from the American cultural consciousness.

Grayson Quay is a freelance writer and M.A. student at Georgetown University.