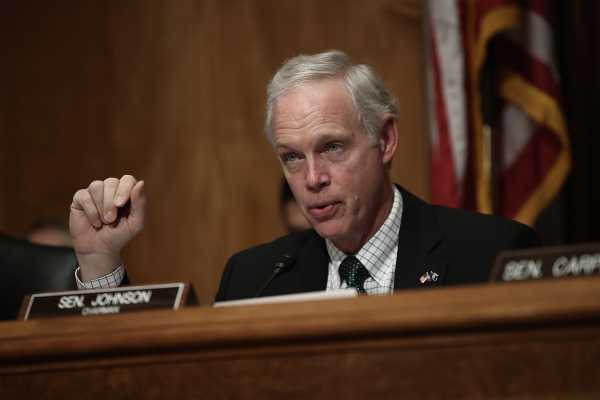 A top US diplomat told Sen. Ron Johnson (R-WI) that the Trump administration was blocking hundreds of millions of dollars in US military aid to Ukraine until the country agreed to launch investigations Trump was demanding, Johnson told the Wall Street Journal Friday.

Johnson said that the US ambassador to the European Union, Gordon Sondland, told him in late August that the administration was demanding Ukraine investigate “what happened in 2016,” and that if President Trump had “confidence” in the investigation, he’d “release the military spending.”

It’s been well documented by now that Trump tried to push Ukraine to launch investigations designed to serve his political needs — one into the origins of the FBI’s Russia investigation, and one into the Biden family.

But perhaps the biggest question at the heart of this scandal has been whether Trump’s blocking of about $400 million in congressionally approved military aid to Ukraine was linked to this pressure campaign.

Johnson claims he heard from Sondland that this was in fact the policy. However, Johnson adds that he became disturbed by this, and followed up with President Trump himself — who denied any such linkage. “He said—expletive deleted—‘No way. I would never do that. Who told you that?” Johnson told Journal reporters Siobhan Hughes and Rebecca Ballhaus.

But the story doesn’t end there. According to the Milwaukee Journal Sentinel’s Molly Beck, Patrick Marley, and Eric Litke, Johnson said in a separate interview that Trump did say he was considering withholding the aid because he wanted to find out “what happened in 2016.”

Johnson said he asked Trump whether he could tell Ukraine’s president the aid was on the way anyway, to dispel the government’s fears, but “I didn’t succeed.”

Sondland, a major Trump donor, was also a key figure in a set of text messages related to the scandal that House Democrats released Thursday night.

For instance, shortly after Sondland’s discussion with Johnson, the US’s top diplomat in Ukraine, Bill Taylor, asked Sondland whether “we are now saying that security assistance and WH meeting are conditioned on investigations?”

A week later, Taylor wrote: “As I said on the phone, I think it’s crazy to withhold security assistance for help with a political campaign.”

Sondland took four-and-a-half hours to respond; it’s unclear if he was sleeping, doing other things, or consulting with others to craft his answer. But he eventually sent a several-sentence response denying any such thing was going on, adding, “I suggest we stop the back and forth by text.”

Yet Sondland said something very different on the phone to Johnson, the senator now says. That raises questions about just how genuine Sondland’s later response denying any quid pro quo was. His preference for talking about the issue by phone rather than text messages (which leave a record) could also be a sign something is up.

In its sixth episode on the impeachment scandal, our podcast explains how the Ukraine finds itself at the center of the American political drama, yet President Trump is the least of the country’s worries.

Looking for a quick way to keep up with the never-ending news cycle? Host Sean Rameswaram will guide you through the most important stories at the end of each day.

Subscribe on Apple Podcasts, Spotify, Overcast, or wherever you listen to podcasts.

One Killed, Over 20 Injured by Firecrackers Across France’s North-East –...