Home Politics After increases in 2015 and 2016, America’s violent crime rate seems to... 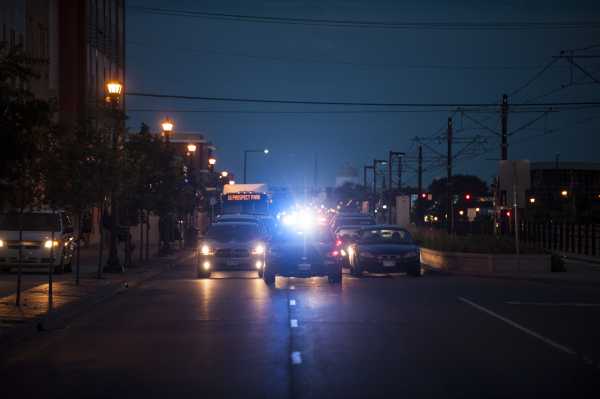 Rates of crime, violent crime, and murder all dropped across America during the first half of 2018, according to a preliminary report from the FBI released this week.

The FBI report, which draws on data from more than 14,000 of the US’s roughly 18,000 law enforcement agencies, found the violent crime rate dropped by 4.3 percent, the murder rate by 6.7 percent, and the property crime rate by 7.2 percent. The drops in crime occurred nearly across the board, although cities with 25,000 to 49,999 people and nonmetropolitan counties saw increases in the murder rate.

The findings suggest that crime in America is continuing its long-term decline since the 1990s, despite apparently temporary upticks in violent crime and murder that concerned criminologists in 2015 and 2016. Crime rates also fell in 2017, according to the FBI.

The FBI’s report isn’t the first to suggest that crime rates headed in the right direction in 2018. A previous report from the Brennan Center for Justice, a criminal justice advocacy group, found that in 2018, the crime rate across America’s 30 most populous cities may have hit its lowest point since at least 1990.

Not every city saw declines. Washington, DC, and Houston, for example, were projected to see increases in their murder rates, according to Brennan.

The new FBI data fills in current gaps in our knowledge about the recent national crime rate. The FBI will not release its full report for all of 2018 until later this year, likely in the late summer or early fall (as it’s traditionally done). But based on the reports so far, it seems like 2018 did bring some good news in regards to crime.

The 2015 and 2016 increases in the murder rate got a lot of attention, with President Donald Trump and former Attorney General Jeff Sessions often bringing the rates up in speeches to justify “tough on crime” policies. But before they were able to implement such policies and let them take root (especially in local and state jurisdictions, where federal policymakers have very limited power), the crime rates seem to have dropped.

Criminologists still aren’t sure why murder in particular appeared to spike so much in 2015 and 2016. Some argued that there might have been a “Ferguson effect,” named after the city in Missouri that exploded into protests over the police shooting of Michael Brown: Due to protests against police brutality over the past few years, police were, the theory goes, scared off from proactive policing, emboldening criminals.

Other experts argued a different kind of Ferguson effect: Widely reported incidents of police brutality and racial disparities in police use of force led to elevated distrust in law enforcement, which makes it much harder for police to solve and prevent crimes.

Yet many criminologists cautioned that it’s also possible 2015 and 2016’s increases were blips in the data, not a new long-term trend. This isn’t unprecedented; in 2005 and 2006, the murder rate in the US increased before continuing its long-term decline — to new record lows — in the ensuing years.

Since the murder rate in particular is generally low, it’s prone to big statistical fluctuations. As one example, Brennan found that Las Vegas saw a 23.5 percent increase in its murder rate in 2017, but that was due to the mass shooting that killed 58 people. A single event, albeit a very bad one, led to a dramatic spike.

That’s why criminologists generally demand several years of data before they declare a significant crime trend.

It now looks possible — though we’ll need more years of data to confirm — that 2015 and 2016 were replays of 2005 and 2006, and America’s decades-long decline in crime is still continuing. If that holds, perhaps the US isn’t in the middle of the “American carnage” that Trump previously warned about.

Trump claims he wants to lower drug prices. He’ll have to...