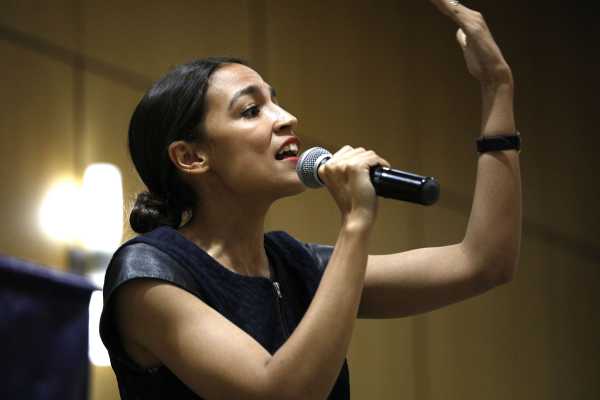 And she’s not happy about it. Ocasio-Cortez posted a series of tweets this morning denouncing the tax breaks involved in the deal and, more importantly, questioning whether Queens residents will really benefit from Amazon coming to Queens.

This characterization of the relationship of tax breaks to subway funding is somewhat misleading. (These kinds of deals increase the city and state tax base on net, even if Amazon gets a sweetheart deal relative to the tax rates on paper.) But the point about housing impacts is solid and supported by research.

As I wrote last week, a big influx of Amazon jobs would be a boon for a certain class of metro areas (mostly located in the Midwest) that have underutilized infrastructure and physical housing stock whose current market price is well below replacement level. But New York City is not like that at all, so the impact on New Yorkers is likely to be decidedly ambiguous.

What Amazon means for New York

From the get-go, the lure of HQ2 has been the promise that Amazon would bring 50,000 jobs to town with an average salary of $100,000 or more. Even the slimmed-down version of the plan offering more like 20,000 jobs is still a reasonably big deal.

More than a decade ago, housing economists Janna Matlack and Jacob Vigdor investigated the economic impact of unequal economic development and found that “in tight housing markets, the poor do worse when the rich get richer.”

A “tight” housing market — in this case, is a market like greater New York or greater Washington, DC — the cost of buying a house greatly exceeds the actual construction costs of new buildings. The problem in markets like this is that when the rich get richer — say because a new office complex opens and hires 20,000 to 30,000 people for six-figure salaries — the price of scarce housing rises.

This is, however, not an inevitable consequence of the rich getting richer. Matlack and Vigdor find that in housing markets that are “slack” — a.k.a. where there is either plenty of existing housing or it is easy to build new homes so that sale prices approximately equal construction costs — there are spillover benefits.

America can do better than this

The economically optimal fix for this kind of problem would be for New York City and, importantly, surrounding suburbs to take steps to make its housing markets less tight.

Some of that would be investment in infrastructure like the proposed Triboro RX subway line and subway extensions on Utica and Nostrand Avenues and upgrading New York’s fragmented MetroNorth, LIRR, New Jersey Transit, and Staten Island Railroad systems into a unified regional rail system like the RER in Paris or the S-Bahn in Berlin or Munich.

But a lot of it would be housing. New York City imposes minimum parking requirements on the vast majority of the city, raising construction costs and decreasing the number of available units. It’s also allowed wealthy residents of the Upper West Side, Greenwich Village, and other prime neighborhoods to completely exclude new construction which pushes gentrification pressure onto lower-income neighborhoods.

And in the outer boroughs, white residents have often mobilized to influxes of immigrants by demanding and receiving downzonings that prevent new housing from coming into some of the few remaining truly affordable neighborhoods.

Meanwhile, some of New York’s suburbs — especially, though by no means exclusively, on Long Island — perpetrate some of the most viciously exclusionary practices anywhere in the country, which pushes affordability problems into the city.

Fixing this would require real leadership from state government to overcome a wide range of local objections and picayune interests. But theoretically it could be done and would refashion Greater New York into an even greater, much richer, but also more equal city.

Alternatively, the federal government could try to step in and take a less laissez-faire attitude toward these big corporate relocations. When the Amazons of the world get cities to engage in bidding wars against each other for prime office locations, the upshot is almost inevitability that rich cities end up attracting even more high-end jobs while rich companies end up attracting subsidies.

A different strategy would be to try to deliberately direct this kind of investment to places like Cleveland, Detroit, or St. Louis that are way below their historical peak populations and where this kind of influx of new jobs and money would be more of a win-win.

11 US Billionaires Whose Wealth Increased Most During the Pandemic