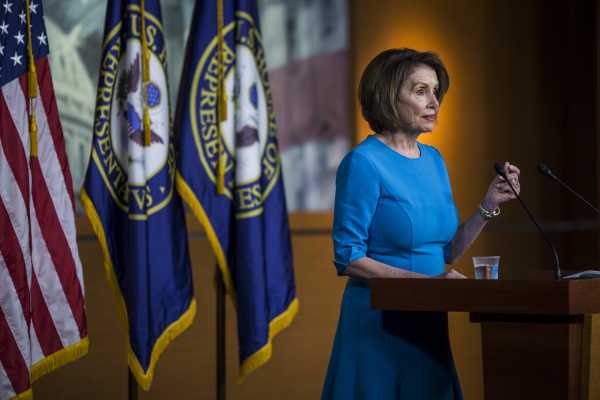 House Democrats are floating a new and untested option in their subpoena fight with President Donald Trump: slapping a fine on administration officials who don’t comply with their requests.

This is part of a process known as inherent contempt, which is Congress’s ability to arrest, jail, or fine people without court approval if they don’t comply with subpoena requests. The power hasn’t been used since the 1930s, and even then, Congress only used the power to detain people temporarily. Congress has never before levied fines as part of its subpoena power. If it did, the move would almost certainly be challenged in court.

But as committee chairs and House leadership are running out of other options to deal with the Trump administration’s obstinance, they are talking about it more seriously.

“We’ve been discussing it among the committee chairs that are conducting investigations,” House Intelligence Committee Chair Adam Schiff (D-CA) told Vox. “That if the litigation in court is going to take too long, whether we need to revive this power of inherent contempt.”

As Schiff pointed out, the other thing Democrats could do is take the Trump administration to court in an attempt to enforce their subpoenas. The House Oversight Committee has already done so, suing the Trump administration to try enforce a subpoena to get Trump’s financial records. The two sides had a hearing earlier this week in front of Judge Amit Mehta of the US District Court for the District of Columbia, who could issue a ruling soon. Mehta will just decide the merits of the Oversight Committee’s case, but it could be used to set precedent for other committee requests if they go to court in the future.

The Trump administration is sure to challenge Democrats in court at every turn. Constant court battles could be a long and drawn-out process, always with the fear a judge could rule against Congress and give the executive branch more power to push back against future subpoenas.

The other option is inherent contempt. House Speaker Nancy Pelosi understands that throwing administration officials in jail likely wouldn’t go over well, which is why Democrats are talking about fines more seriously.

“This is one of the possibilities that’s out there,” Pelosi told reporters on Thursday. “I’m not saying we’re going down that path, but I’m just saying it’s not to be excluded, nothing is off the table.”

In order to throw someone in jail or hand down a fine for not complying with a subpoena, Congress must go through the inherent contempt process. Essentially, they turn themselves into a court.

As Rep. Jim Himes (D-CT), a member of the House Intelligence Committee told Vox, this likely wouldn’t be a massive court of the entire House. It would more realistically be a select committee created specifically for that purpose.

“There would have to be a trial,” Himes said. “As a practical matter, that would probably have to be done by committee as opposed to the whole House. You would set up a select committee, there would be a trial, a fine would be levied.”

There are a few reasons that Congress has to act like a court: The House couldn’t just pass a bill fining Attorney General William Barr for failing to produce the Mueller report. That would amount to a bill of attainder — which is unconstitutional.

Even using inherent contempt, Congress still needs to give the officials accused of not complying with subpoenas notice they are being accused and a chance to be heard. But whereas Congress has only tossed officials in jail before, fining could be another option that many see as a middle ground, as Garvey wrote.

Even though fining people is theoretically less divisive than jailing them, it would still be a lightning rod for controversy in the Trump era. A few days ago, Schiff drew headlines for suggesting Democrats could hand out fines as high as $25,000 a day to try to get the White House to go along. Schiff told Vox that’s something courts often impose, rather than jail time.

“I think it’s our conviction that if you can deprive someone of their liberty until they comply, you can take less restrictive steps like the imposition of financial fines to compel the same,” Schiff said. “That’s an alternative the courts often use rather than incarcerating someone. I think that would be implicit in the authority to arrest and detain, that you could also fine the person.”

Schiff recently told MSNBC’s Rachel Maddow that fining White House officials would be a “swifter remedy” than a court case. But it may not be so easy. If Democrats do decide to fine officials, they would almost certainly be challenged in court.

“I think we definitely expect the Trump administration is going to resist all oversight and they’re going to litigate everything they can,” Schiff said. “At the same time, there are going to be individuals reluctant to have a large and growing fine levied against them.”

What the law says about inherent contempt and fines

The Supreme Court of the United States has affirmed Congress’s ability to use inherent contempt in past cases where they put people in jail. But whether or not Congress would be able to hand out fines is less clear, because it’s never done that before.

Inherent contempt is something Congress hasn’t pursued since the 1930s. The last notable use was during the Teapot Dome Scandal in the 1920s, when the US Senate investigated bribery in former President Warren Harding’s administration. The Senate subpoenaed Mallie Daugherty, the brother of then-Attorney General Harry Daugherty, to get him to testify. When Daugherty refused, senators used inherent contempt to jail him.

Daugherty sued, and the resulting case went all the way to the Supreme Court. As Garvey notes in his summary on inherent contempt, the case would set the legal standard for inherent contempt — and it affirmed Congress’s right to jail a person not complying with a subpoena.

This is the crux of House Democrats’ argument now. They say it is their constitutionally mandated duty to conduct oversight on the executive branch, and clearly, Trump is impeding that by a blanket denial of their requests.

While the law says Congress is perfectly in its rights to detain officials, it’s less clear on whether it can fine them. Because prior court cases have all dealt more with the question of jailing, legal decisions are far more vague on the issue of fines.

The irony of Democrats pursuing this as a “swifter” option is it would likely also get tangled up in a court case. Still, House members say fining through inherent contempt is something that’s getting more notice in the halls of Congress these days.

“When I first learned about it six months ago, I thought what a crazy idea,” Himes told Vox. “And today, I think it’s being seriously considered. We never imagined the president’s refusals would be completely blanket refusals, so that means we may need to pull out an old tool that hasn’t been used in a long time.”

What We Know About Art and the Mind |

Buried Ammo Explodes in Russia’s Udmurt Republic Due to Grassfires –...