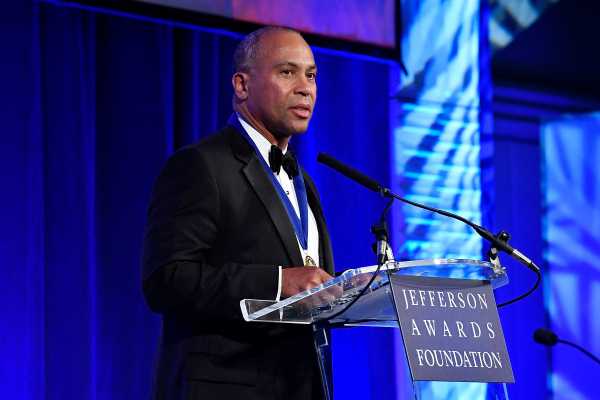 Vox’s guide to the 2020 presidential candidates

Last week Sen. Elizabeth Warren said she would name former Massachusetts Gov. Deval Patrick, a former businessman and civil rights attorney, to her cabinet. Instead, he announced he actually wants to be president.

Patrick told senior Democrats Wednesday night that he will be throwing his hat into the race and has plans to add his name to the ballot in New Hampshire later today — making him a last minute addition to the already stacked Democratic presidential primary.

His announcement video, released Thursday morning, highlights his upbringing on the South Side of Chicago, where his grandmother told him they were “not poor, just broke,” and bemoans that the American Dream is increasingly inaccessible.

“I admire and respect the candidates in the Democratic field,” he says in the video. But this election, he says, is about “the character of the country” — not just about defeating President Trump on Election Day, but about what happens next.

Patrick said last December in a Facebook post that he would not run in the 2020 election, a decision associates said came in part from his wife’s then-recent diagnosis and surgery for uterine cancer. She is reportedly healthy at this time.

A close friend of President Obama, Patrick is a former governor of Massachusetts who served two terms between 2007 and 2015. The second black governor elected in the country, he hails from the South Side of Chicago, graduated from Harvard, and worked in the Department of Justice during the Clinton administration. He resigned from his current position at Bain Capital Wednesday night to pursue his presidential ambitions. At 63 years old, Patrick is younger than many candidates in the race.

While making an appearance on CBS News to talk about his newly minted campaign, Patrick did not endorse “Medicare-for-all,” but said he supported a public option. He also talked about the viability of pushing for a simpler tax structure while calling out the other Democratic candidates for their infighting and divisive “my way or the highway” approach.

The deadline to be on the ballot in New Hampshire is Friday. Patrick has already missed the cutoff to make it on the ballot in Arkansas and Alabama. This is a historically late entrance into the presidential race and will put Patrick, an already little-known name in national politics, at a major disadvantage.

His bid for the Democratic nomination for president comes with no fundraised capital, minimal structure to the campaign itself, and none of the polling numbers needed to qualify for DNC-sponsored, televised debates.

There is a historic precedent for a late entrant in the primaries going on to become the nominee — Bill Clinton declared his candidacy for president in October 1991. But that was nearly 30 years ago, and Clinton still declared a month earlier than Patrick.

Other Democrats — from Gov. Jay Inslee, to Sen. Kirsten Gillibrand — have already failed to gain traction on the presidential field after months of campaigning and have dropped out. Patrick is entering the race with less than three months until Iowa’s caucuses and faces polls that report 71 percent of Democratic voters feel that at least two of the already declared candidates stand a chance in beating Donald Trump.

A Painting of the Sky Every Sunday, and the Art of...