Home Politics House Republicans are having a bad-faith immigration debate 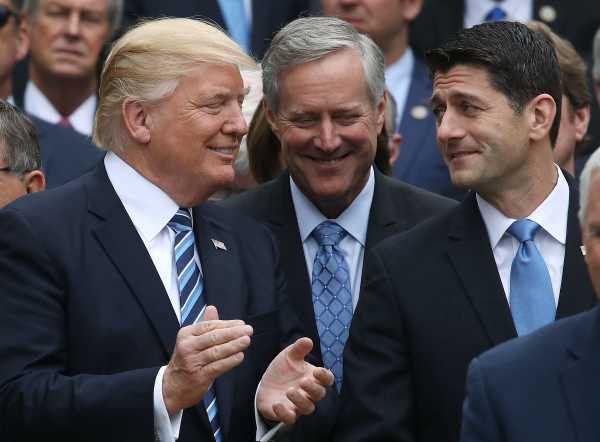 As the House barrels toward a vote this week on immigration, House Republicans say they have reached a “compromise” on immigration policy.

Republicans began circulating a draft of their bill on Thursday. The proposal provides legal status for the young unauthorized immigrants known as DREAMers and a path to citizenship for some, based on merit; it directs billions of dollars toward a southern border wall; it makes cuts to legal immigration; and it makes it harder to seek asylum.

The bill also includes a provision that Republicans say will end family separation at the border but in effect just keeps families and children in detention longer. The House will also vote on a more conservative proposal, which makes deeper cuts to legal immigration and doesn’t offer a path to citizenship for DREAMers.

Let’s be perfectly clear: If either proposal passes, it will be with only Republican votes. Democratic leaders said both bills are nonstarters.

This is a huge problem for any proposal’s future: Even if a bill passes the House, it will need the support of nine Senate Democrats, and President Trump’s signature, to become law. So why are Republicans pushing a proposal that appears doomed to fail?

The more generous read is that moderate Republicans, who rallied around a discharge petition — but fell two signatures short of forcing votes on bipartisan immigration bills — successfully pressured House Speaker Paul Ryan to hold a vote on immigration that he didn’t want to.

The less generous interpretation is that moderate Republicans are getting a vote on something, anything, so that they can take it back to their voters in November and say that they tried. For endangered Republicans in moderate districts, they hope that’s enough to help them hang on. For conservative Republicans, this partisan debate is a clear reflection of how far to the right GOP immigration policy has shifted.

Either way, it’s clear that this isn’t the “good faith” fight to protect DREAMers that Republicans are declaring it is. If these moderate Republicans were actually serious about doing something about DACA, they would be working with Democrats.

A good-faith immigration debate would be bipartisan 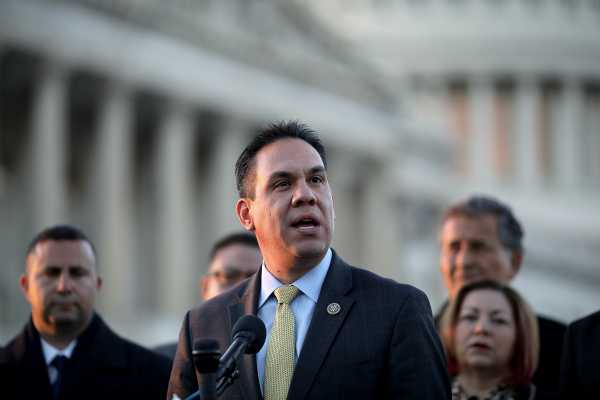 There’s a world in which Congress could pass immigration reform.

We do not live in that world. Rather, the Republican “compromise” is a clear reflection of Trump’s hardline immigration views; it’s asking moderate Republicans and Democrats to accept a slew of conservative reforms to almost every arm of the immigration system, legal and illegal, in exchange for a partial and less-than-certain path to citizenship for DREAMers. Already Democrats have balked at both Republican immigration proposals.

But the partisanship is by design. Republican lawmakers know both of these bills are unlikely to ever become law.

“Obviously, my preference is always to do something that is bipartisan, but right now we are working to see if there is anything we can bring forward,” Rep. Mario Diaz-Balart (R-FL), one of the moderate sponsors of the discharge petition, said. “Ultimately, it is going to have to be bipartisan because it requires 60 votes in the Senate. That’s just the reality.”

If centrist Republicans banded together with centrist Democrats, they could likely come up with a proposal to protect the 1.8 million young undocumented immigrants who have lived in this country since they were children, a.k.a. DREAMers, from deportation. For something to become law, Senate and House leaders would have to prioritize bipartisanship. And Republican leaders would have to make the case to the president, just like they do with their spending bills and budget deals.

Republican leaders are not doing that, however. When the Trump administration announced last year it would sunset DACA and put the onus on Congress to act, Congress came up short. A series of bills in the Senate failed and the fate of program remains tied up in courts, leaving the legal status of nearly 700,000 immigrants in limbo. Speaker Ryan has been trying to avoid the charged issue ahead of the midterm, but when endangered moderates, many of whom are running for reelection in districts with large immigrant constituencies, began pushing a discharge petition, Ryan made an effort.

But as Diaz-Balart conceded, any DACA bill will need nine Democrats for it to become law. So bipartisanship isn’t a “preference” in the immigration fight. It’s a condition.

This entire House immigration debate is one giant contradiction 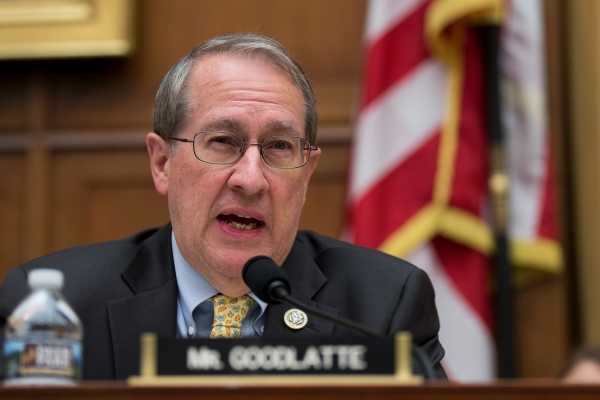 It’s still not clear whether a partisan debate on immigration will even work.

The morning after Republicans released their new immigration bill, Trump threw cold water on the effort, saying he “wouldn’t sign” the more moderate bill or the compromise one into law, a proposal his administration’s advisers had a hand in crafting. Later, the White House released a statement saying Trump had misunderstood and that he supported both the compromise bill and the more conservative proposal.

Trump’s alleged confusion reveals the major flaw in Ryan’s promise to pass a DACA fix that can become law; there are two competing Republican bills that detract support from each other. The “compromise” bill is the product of a week of intensive negotiations between moderates Republicans and the House’s immigration hardliners in the Freedom Caucus. Ryan said he wants a deal around the White House’s immigration framework that can get 218 Republican votes in the House. But he has also promised to hold a vote for a more conservative immigration proposal.

Republican leaders’ argument for taking a partisan approach to immigration negotiations in the House is that a bill with enough of a Republican consensus and Trump’s support will force the Senate to act and push Democrats to make concessions. Those same leaders are giving lawmakers an out.

In the days before the draft text of the “compromise” immigration bill was released, there wasn’t consensus around the White House’s “four pillars”; there was an ongoing debate about the breadth of the provision to give DREAMers legal status and the border security measures. It’s clear there are several lawmakers who are unlikely to sign on to any deal with moderate Republicans.

As Chief Deputy Whip Patrick McHenry (R-NC), who has said he is not confident any comprehensive immigration proposal can get the support of a majority of Republicans, said, “Immigration instills a firm desire among members to vote no, not yes.”

Ryan’s commitment to allow a vote on a more conservative proposal gives Republicans a reason to say no to the compromise.

Republicans have been in denial on immigration

The week before Donald Trump was inaugurated, Ryan looked a DREAMer and her child in the eyes and told them not to worry about being deported.

“I hope your future is here,” he said at CNN town hall. “We have to find a way to make sure that you can get right with the law.”

“If you’re worried about, you know, some deportation force knocking on your door this year, don’t worry about that,” he said.

But he also said the White House’s four pillars were the best rallying point for negotiations in the House, which has proven to be a divisive starting point for Republicans and Democrats.

Among the three DACA-related immigration bills the Senate voted on in February, the one that mirrored the White House’s proposal got the least support, losing 14 Republican votes. Republicans had gripes about provisions that cut legal immigration. But those weren’t the only defections; others said the proposal was too generous by providing “amnesty” to DREAMers, and still others said it didn’t prioritize border security enough.

Democrat Rep. Peter Aguilar (D-CA), who is behind a bipartisan immigration proposal that likely won’t see the light of day this week, said from what he’s heard of the compromise, he’s not certain the House proposal would perform any differently in the Senate.

Sen. Jeff Flake (R-AZ), who has been among the immigration negotiators in the Senate, told Vox that at this point the four pillars aren’t a good starting point anymore.

As recently as January, Ryan pledged that Republicans were “willing to work together in good faith on immigration” policy.

But despite Ryan’s insistence on a “good faith” effort, it’s clear the votes this week aren’t that.

For more on this issue, listen to the June 18 episode of Today, Explained.

Vote for the most memorable Arsenal game of the Arsene Wenger...