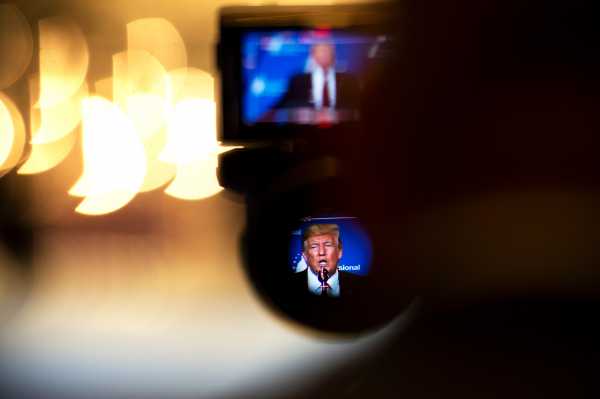 Donald Trump is the show we can’t turn off, the car crash we can’t look away from, the news cycle we can’t escape.

There are just too many reasons why we got here to distill into a single explanation. But certainly one reason for Trump’s ascendance is television. It’s not quite right to say that TV made Trump president, but it is fair to say that TV created the conditions that made Trump’s presidency possible.

This, at least, is the thesis of James Poniewozik’s new book Audience of One: Donald Trump, Television, and the Fracturing of America. Poniewozik is a TV critic for the New York Times, and his book is an attempt to explain how Trump turned himself into the protagonist of his own TV show and then pulled all of us into it. It’s also about what TV has done to our political culture and why Trump is the logical fulfillment of all the media trends of the last two decades or so.

According to Poniewozik, Trump is fundamentally a creature of TV. His whole public persona was shaped by TV and he cleverly used the medium, with shows like The Apprentice, to propel his political career. He also knew exactly what TV media craves — spectacle, drama, and outrage — and capitalized on it throughout his presidential campaign.

“Donald Trump is not a person,” Poniewozik writes, “he’s a character that wrote itself, a brand mascot that jumped off the cereal box and entered the world.” And, of course, he’s now entered the White House.

I spoke to Poniewozik about how the road to Trump was paved by TV and how the way we cover and think about politics has been fundamentally transformed by the medium.

A lightly edited transcript of our conversation follows.

Many people think of television as an instrument for covering politics rather than a medium that transforms it. But you suggest that that’s wrong and that TV has imposed its own ideology on politics.

Can you say a bit about that?

I decided to write this book because the guy from The Apprentice got elected president of the United States. I really felt that a lot of the public discussion didn’t take that seriously enough — it was a kind of joke. But it’s insane that that happened and we need to understand how it was possible in the first place.

As a TV critic, I wanted to know, why this guy? Why wasn’t it Tom Cotton or Ted Cruz or some other conservative firebrand who rode this wave to the White House? Why is it somebody who was made by television and essentially made himself out of television? Why was Trump uniquely capable of being able to translate that skill set into this sort of success?

Well, let’s try to answer that. The premise of your book isn’t that television made Trump president, but you do argue that Trump’s presidency is only possible because of TV. Why is that?

Well, there are a couple elements to that. One is that Donald Trump’s career has been primarily a media career. And I’m not just talking about The Apprentice but going all the way back to his tabloid exploits and talk show appearances in the ’80s. If Trump were just a businessman, he’d be a nonentity. He’s only “Donald Trump” because of television.

The other part, and I want to be emphatically clear about this because people like to oversimplify things by saying TV makes people dumb or brainwashes gullible people. I think it’s more complicated than that. Television is the nervous system of our culture. It’s our principal means of gaining information and disseminating it and communicating to one another. And it’s the arena, for decades and decades now, through which politics has taken place.

I write about the media theorist Neil Postman in the book because one of his great insights is that television as a visual media promotes a different kind of discourse than text does. It’s a visual medium, thus it appeals more to emotion. So that lends itself to a kind of argument and rhetorical combat in which Trump has thrived his entire life. His whole media persona is built on conflict. He’s the guy who “wins” and that meshes perfectly with television, especially reality television culture. 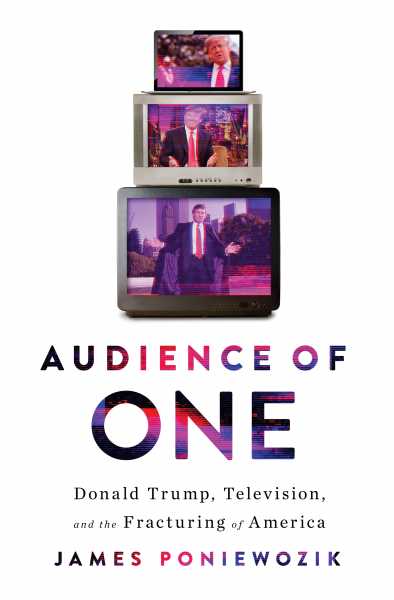 How exactly did TV prepare us for candidate Trump, for the idea of Trump as president?

The evolution of the 24-hour cable news format is a big part of the story. The business model of, say, Fox News is to excite and agitate the audience all the time, to give people a reason to tune in even when there isn’t news going on.

But over time that model promulgates the idea that the way politics are argued on TV, the buttons that it presses, the way people dunk on each other — that’s not just a means toward political ends, but it becomes the action of politics itself. And a huge part of Trump’s appeal is that he absolutely embodies this form of politics, or this approach to politics. He creates emotions and conflicts in media format and people saw it and thought, “Oh yeah, this is what politics looks like.”

What’s so interesting about Trump is that, as you put it, he’s achieved a perfect symbiosis with television. He isn’t on television — he is television. How does that help us understand Trump the political actor?

Trump thinks like television. His stock-in-trade is the non-sequitur argument and the provocation. Going back to Postman, he talked about the rhetorical mode of TV news as being “now this.” “Now this” is like the TV anchor’s segue from one topic to an entirely unrelated topic. And Neil Postman, again, was writing in the ’80s. He didn’t even write about cable television. CNN had barely been founded.

But the cable new era is “now this” on steroids. It’s just this, this, this, this, this. And that’s Trump’s mindset and style of speaking. The lashing out, the careening from one subject to another, the seemingly random fights on social media — that’s all television gold.

He’s just incredibly attuned to the dynamics of our reality TV culture, and he’s fully meshed it with politics.

I want to ask you about professional wrestling, something you write about in the book. The thing wrestling does so well is walk that line between fake and real — it plays with that blurriness. Non-wrestling fans miss this when they talk about the “realness” of wrestling. The realness of the performance is secondary to the feelings it elicits in the audience. And this, to me, is a perfect way to understand the dynamic between Trump and his supporters.

I’d love to hear your thoughts on this.

Yeah, I write a lot about this in the book. There’s a concept in wrestling called “kayfabe,” which is basically the pretense that the conflicts in the ring are actually real. The wrestlers who fight each other actually hate each other. The backstories are really going on. And in the very early days of pro wrestling, people bought that.

Over time, say by the 1980s when Donald Trump was hosting Wrestlemanias at his casinos, that relationship between fans and the story became more sophisticated. People might believe it’s scripted, but it’s still kind of real. Maybe these things are staged, but maybe the emotions the wrestlers have are real. You could buy into it at whatever level you wanted to.

I think this is basically how a lot of people view Trumpian politics. It’s not so much about being taken in or thinking he’s totally honest, it’s about this guy who’s fighting for your side. And even if there’s this level of bullshit and artifice, it’s only because he’s a clever trickster. And besides, what’s most important is how he makes his voters feel.

Politics has become mostly affective anyway. It’s about the delivery of emotions. It’s about liberal tears. All those feelings are what it’s about, not getting some actual deliverable like a bill passed or whatever. For somebody who follows politics through talk radio and Fox News, that’s the end of politics.

“If Trump were just a businessman, he’d be a non-entity. He’s only ‘Donald Trump’ because of television.”
Sean Illing

Do you see Trump’s election as some kind of cultural rubicon-crossing moment? We’ve had actor-presidents before, and plenty of politicians are essentially performance artists, but Trump really is something … different.

Where do we go from here?

People often say, “Well, isn’t this like Ronald Reagan? He was an actor, too.” But it’s crucial to make a distinction here, beyond pointing out that Reagan was governor of California before being elected president.

Reagan was a movie actor, and a movie actor’s job is to cultivate empathy, to imagine yourself in the place of other people, to imagine the inner lives of other people. Trump is a reality TV performer and that means his job is to be an exaggerated version of himself, to play up the most polarizing, attention-getting aspects of himself. That’s what wins in the world of reality TV. It’s an anti-empathy kind of performance.

And this really is a significant distinction between someone like Trump and Reagan. We’re much more in a reality TV world now, and our politics reflects that.

Is there any going back, or are we stuck with reality TV presidents?

There might be a reaction against this, and maybe we get a string of more boring or conventional candidates. But there’s no doubt that Trump won’t be the last reality TV president. There will be others like him — that’s just our reality now. Maybe the next one will be a Fox News host or something like that, someone with a built-in connection to a party’s political base who knows how to deliver what they want.

But we have to remember that Trump isn’t some alien monster who landed from another planet and transformed the environment. He was uniquely situated to take advantage of politics in this heavily mediated environment. The fragmentation of media, the polarization of political discussion, the rise of Fox News, the emergence of social media — all of this paved the way.

The atmosphere that produced Trump will survive Trump, and we’re just stuck with that.

England sink Sweden to reach semi-finals at World Cup: How the...

The myth of poisoned Halloween candy