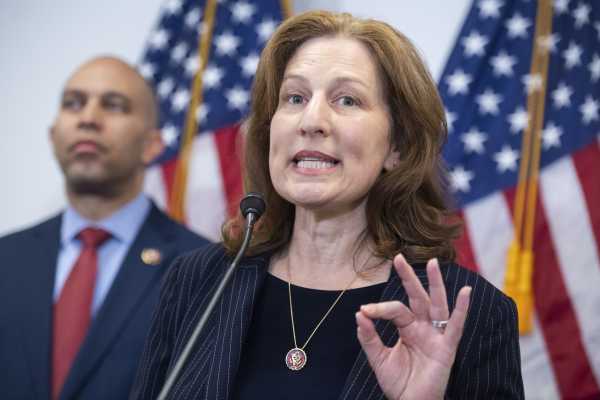 Washington state’s August 4 primaries aren’t flashy. In fact, they’ve gotten virtually no coverage in the national press. Yet a close look at three of the most interesting races — in the state’s Third, Eighth, and 10th congressional districts — reveal some important trends for the state of the election nationwide.

In the Third District, a Republican incumbent is in what one local outlet calls “the fight of her political life” — one of many signs that Republicans are on the defensive in the battle for Congress.

In the Eighth District, a vulnerable Democratic incumbent is crushing her Republican opposition in the fundraising race — part of a broader money problem Republicans are having in 2020 congressional contests.

And in an open race for the safe Democratic 10th, the top tier of candidates features two more establishment-minded Democrats facing off against a progressive backed by Bernie Sanders and Elizabeth Warren — more evidence that the internal rifts facing the ascendant party will likely be with us for some time.

In short, Washington can help us understand just how well-positioned Democrats currently are in the 2020 national elections. It can also help us see why the party’s internal splits seem poised to become even more relevant after 2020.

Republican Jaime Herrera Beutler took the district as part of the Republican wave in 2010 and has held it ever since. She managed to hold on to it in 2018’s Democratic wave, defeating Carolyn Long, a professor of political science at Washington State University-Vancouver, by a 53-47 margin.

Tuesday’s primary looks like it’ll set up a November rematch. Long is the overwhelming favorite to face Herrera Beutler after the state’s “top two” primary (in Washington, House candidates don’t compete in separate partisan primaries; instead, all candidates run in an open contest and the top two vote-getters compete against each other in the fall). This time around, Democrats seem to like their chances.

“With an influx of people moving to the suburban areas, along with automatic voter registration, there are over 45,000 more voters in the district, primarily in the suburban areas,” says Abby Olmstead, Long’s campaign manager. “We know these voters are far more likely to support Carolyn’s message.”

In January, the Democratic Congressional Campaign Committee announced “Red to Blue” fundraising support for Long — just one of 12 candidates nationwide to receive this kind of support in the first round. The Cascadia Advocate, a progressive outlet based in Washington, wrote in June that “Herrera Beutler is in the fight of her political life.” And in late July, Cook Political Report changed its assessment of the race in Long’s favor, shifting it from Likely Republican to the more competitive Lean Republican.

The most important explanation for Long’s rising fortunes is astonishingly simple, and isn’t primarily about local conditions. In general, House elections tend to track national conditions — that’s why you have “wave” elections like 2010 and 2018 in the first place. The collapse in the GOP’s national standing, and President Trump’s support in particular, is hurting Republicans.

“President Trump’s abysmal polling since the pandemic began is seriously jeopardizing down-ballot GOP fortunes,” Cook’s Dave Wasserman writes in his explanation of WA-03’s rating change. “Republicans began the cycle hoping to pick up 18 seats to win the majority back. Now they’re just trying to avoid a repeat of 2008, when they not only lost the presidency but … lost even more House seats after losing 30 seats and control two years earlier.”

In normal times, Herrera Beutler should be a solid favorite in this rematch. But the national climate, combined with the Democratic decision to unite around a credible candidate, means she could be in trouble — a sign of the desperate times for the national GOP.

Washington’s Eighth is a very competitive district: In 2018, Democrat Kim Schrier flipped it, defeating Republican Dino Rossi by a 52-48 margin; this year, there are seven potential rivals competing to take it from her.

What’s most striking about the race is how financially advantaged Schrier is relative to her opponents. As of July 15, the incumbent had raised $3.2 million for her reelection bid. Her best-funded opponent, Republican former Army Ranger Jesse Jensen, had $192,207 — about 6 percent of Schrier’s total.

This is, once again, a national problem: While the Trump campaign is swimming in cash, the party’s House candidates are badly underfunded. In late July, the Washington Post reported that House Minority Leader Kevin McCarthy was so worried that he had personally requested funding support from the Republican National Committee and the Trump team — requests that went unanswered. The Post explains the reason for his concern:

The story is similar in the Senate. The Hill’s Max Greenwood reports that, in the second quarter of 2020, Democratic Senate candidates outraised Republicans in 13 out of the 15 most competitive races nationwide. In Maine, for example, Republican incumbent Susan Collins raised $3.6 million while her challenger, state House Speaker Sara Gideon, raised $9.4 million.

Whichever challenger emerges after Tuesday’s primary, be it Jensen or one of his even more underfunded rivals, will have some ability to make up the gap — it’s much easier to raise money when there are only two candidates in the race. But there’s no guarantee that will solve the party’s fundraising woes in the district.

Washington’s 10th District: The ongoing battle for the Democratic Party

The Democratic-leaning 10th Congressional District is up for grabs for fairly unique reasons. Denny Heck, the representative who now holds the seat, is retiring to run for lieutenant governor. That position is open because the current lieutenant governor, Cyrus Habib, announced in March that he planned to resign and become a Catholic priest.

The race to replace Heck is extremely competitive, with 19 candidates in the running. There’s not much reliable polling, but it’s likely that two Democrats will end up facing off in the fall. According to the Seattle Times, there’s a group of Democrats leading the fundraising efforts in the district — and under Washington’s nonpartisan top-two primary system, the top two vote-getters regardless of party compete in November’s general election.

The three leading candidates in the district, per the Times, are three Democratic women: former state Rep. Kristine Reeves, former Tacoma Mayor Marilyn Strickland, and state Rep. Beth Doglio. Reeves and Strickland have both been endorsed by prominent Washington state Democrats; Doglio’s most high-profile endorsements are Bernie Sanders, Elizabeth Warren, and progressive Democratic Rep. Pramila Jayapal (WA-7). Their politics break down mostly on the lines you’d expect; Reeves and Strickland support a public option for health care, while Doglio is a Medicare-for-all supporter.

In an emailed statement to Vox, Doglio described the WA-10 election as “one of the best, and only, opportunities across our country to elect a progressive to an open blue seat.” Reeves, by contrast, said that “voters in districts like the 10th Congressional District are sick and tired of extreme political partisanship and cheap political point scoring.” Strickland sounded a similar note, touting her ability to “work together across the ideological spectrum to solve problems and make progress.”

Behind these three, there are two other notable candidates, both men in their 20s. One is a socialist trucker named Joshua Collins, running under the banner of the Essential Workers Party; the other is Phil Gardner, a Democrat who previously worked as Heck’s district director.

Open districts aren’t exactly the archetypal race in Congress — incumbents tend to try to stay in office as long as they can. But in this case, it’s revealing. The significant left presence in the race, combined with national progressives’ direct intervention to support Doglio, shows that the progressive challenge to the Democratic establishment did not end with Sanders’s primary.

Tuesday night will provide another data point on how successful — or not — that challenge might prove to be.

“Fahrenheit 451,” Reviewed: An Adaptation for the Apotheosis of Social Media,...

Republican Senate Leader Says it Was ‘Unacceptable’ for Trump to Not...