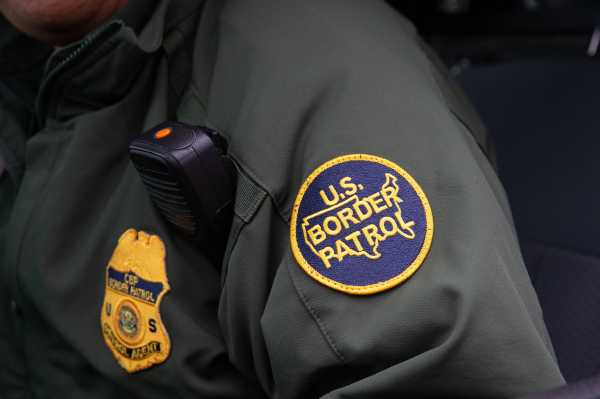 US Customs and Border Protection is investigating the “disturbing social media activity” of current and former Border Patrol agents, following a report by A.C. Thompson at ProPublica on Monday that uncovered a private Facebook group in which current and former agents reportedly posted sexist and racist memes.

According to ProPublica, roughly 9,500 people are part of the Facebook group, called “I’m 10-15” — a reference to the Border Patrol code for “aliens in custody” — created in August 2016. In postings, members mocked the deaths of migrants, posted about throwing burritos at Latino members of Congress, and targeted Rep. Alexandria Ocasio-Cortez (D-NY) with fake illustrations of her engaging in oral sex with migrants and President Donald Trump.

In one post, a member of the Facebook group suggested that the recently viral photos of a migrant father and daughter who died trying to cross the Rio Grande were part of a liberal conspiracy. “I HAVE NEVER SEEN FLOATERS LIKE THIS, could this be another edited photo,” the member wrote. “We’ve all seen the dems and liberal parties do some pretty sick things.” 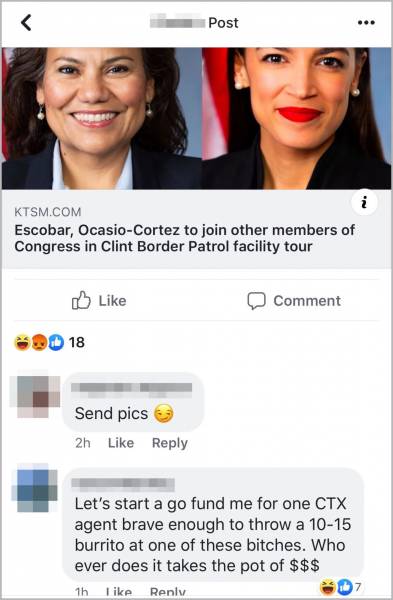 After a news story broke about a 16-year-old Guatemalan migrant dying in Border Patrol custody in May, members responded with indifference, with one posting a meme of Elmo that said, “Oh well,” and another posting, “If he dies, he dies.”

Daniel Martinez, a sociologist at the University of Arizona in Tucson, told ProPublica that the Facebook posts were “clearly xenophobic and sexist,” adding that they seem to represent “a pervasive culture of cruelty aimed at immigrants within [Customs and Border Protection]. This isn’t just a few rogue agents or ‘bad apples.’”

It’s unclear how many of the group’s members are former or current Border Patrol agents. But ProPublica reported that it was able to link at least some posts to the profiles of some agents.

This isn’t the first time something like this has happened, ProPublica explained:

The ProPublica report comes at a time of growing scrutiny toward Border Patrol, as the federal agency plays a key role in Trump’s broader crackdown against undocumented immigrants at the US-Mexico border, which has led to the detention of families and children in horrible conditions.

Customs and Border Protection is looking into the Facebook group, Matthew Hilk and Geneva Sands reported for CNN. US Border Patrol Chief Carla Provost said in a statement, “These posts are completely inappropriate and contrary to the honor and integrity I see — and expect — from our agents day in and day out. Any employees found to have violated our standards of conduct will be held accountable.”

The week democracy struck back

The Year in Good Men |

Supplier to Pay US Navy $11 Million for Fraud, Selling of...