Home Politics Journalists from CNN and the Des Moines Register will moderate the January... 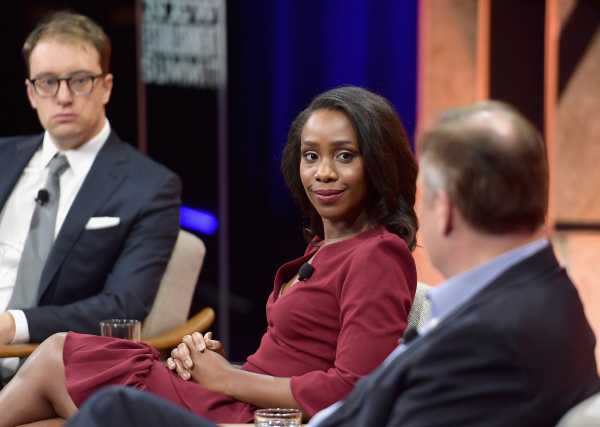 Three journalists from CNN and the Des Moines Register will moderate the seventh Democratic debate scheduled for January 14 at Drake University in Des Moines, Iowa. The debate, which will include just six candidates, will be broadcast by CNN and live streamed by both publications.

The debate, which starts at 9 pm ET, is one of several that will kick off the first two months of 2020 as the early state primaries begin to get underway. Following the January debate, there will be three taking place in February across New Hampshire, Nevada, and South Carolina.

Because the Democratic National Committee’s qualification requirements have gotten increasingly more difficult to meet, the stage has winnowed some since last fall and will exclusively feature a slew of polling frontrunners. To make it to January’s debate stage, candidates had to hit 5 percent in four DNC-approved national polls or 7 percent in two early-state polls, and bring in at least 225,000 individual donors.

As a result, former Vice President Joe Biden, Sen. Bernie Sanders, Sen. Elizabeth Warren, former South Bend, Indiana, Mayor Pete Buttigieg, Sen. Amy Klobuchar and billionaire Tom Steyer are the only ones who’ll be appearing at the debate, which provides one last opportunity for each person to differentiate themselves ahead of the Iowa Caucus.

The debate is set — unless the impeachment trial, which is expected take place in the Senate in January, throws a wrench in Tuesday’s plan. It’s an issue the DNC has said it will take into consideration. “If a conflict with an impeachment trial is unavoidable, the DNC will evaluate its options and work with all the candidates to accommodate them,” a DNC official previously told CNN.

The three moderators all cover politics — and could press the candidates about their positions on foreign policy in the wake of the growing tension with Iran, along with their dueling stances on an array of issues like bankruptcy:

The Democratic National Committee has made a commitment to increasing the diversity of debate moderators this cycle, and has mandated that at least one person of color and one woman serve as a moderator in every debate.

Given how historically white and male the debate space has been, greater diversity among moderators has been a priority for advocacy groups, including NARAL, Emily’s List, and Color of Change.

In an open letter this spring, the groups urged media outlets and other organizations to ensure that at least 50 percent of the moderators running the debates would be women and at least 50 percent would be people of color. UltraViolet, an organization dedicated to gender equity, spearheaded the letter, which also called out sexism in political media coverage writ large.

Thus far, the DNC has lived up to its pledge, beginning its debates in Miami with a diverse group of moderators. January’s debate will continue that trend: Of the three moderators, two are women and one is a person of color.

Why Ukraine is at the center of the latest Trump scandal

Brock Turner was sentenced to 6 months in jail for sexual...

How Ohio voters could upend the state’s war on drugs this...