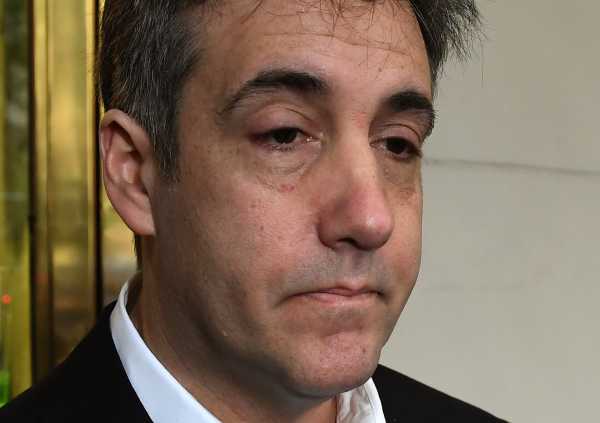 The government released several search warrant documents related to their investigation of Michael Cohen Thursday — and apparently revealed that the investigation into hush money payments made on Trump’s behalf has ended.

The newly unsealed documents are search warrants preceding the raids on Cohen’s office and residence in April 2018. Media organizations requested these warrants be made public, and versions of them were unsealed back in March. However, back then, prosecutors requested most of the material related to the hush money investigation be redacted, because the investigation into them was ongoing.

That is no longer the case, prosecutors from the US Attorney’s Office for the Southern District of New York told Judge William Pauley in a letter this week. They wrote that they’ve “effectively concluded” their investigations into who else was involved in Cohen’s campaign finance violations, and into whether certain people made false statements or obstructed justice in connection with the probe. Since there is no longer an “ongoing investigation,” they said, most of these old warrants can now be unsealed.

Cohen said in court last year that he broke campaign finance law to pay Stormy Daniels $130,000 at Trump’s “direction.” And the newly unsealed documents add details to back that up. They make clear that Trump and campaign aides such as Hope Hicks were in close, frequent communication with Cohen in the time period he was arranging the payment.

But the question of why, exactly, this investigation — which some speculated could be more dangerous to Trump than Mueller’s — seems to have fizzled out in recent months remains mysterious.

When Cohen was sentenced last December, SDNY prosecutors made clear they weren’t yet ready to close out the investigation. It appeared the next step in the probe could involve Trump or his company. Yet no significant developments in the investigation (that we know of) have occurred since then. And last Friday, CNN’s Erica Orden and Kara Scannell reported that the probe “appears to be wrapping up without charges being filed.”

There’s been no actual evidence of any political interference or foul play prompting the investigation’s conclusion, and it could have been an entirely legitimate prosecutorial call against going forward. But some commentators are questioning whether there could be more to the story.

What the documents say

The unsealed search warrant materials lay out investigators’ understanding of the hush money investigation as of early 2018 — before the raids on Cohen’s office, the public revelation of the investigation’s existence, and Cohen’s guilty plea. The new documents can be found at these links: Exhibit 1, Exhibit 2, Exhibit 3, Exhibit 4, Exhibit 5, Exhibit 6, Exhibit 7, and Exhibit 8.

The main takeaway from the documents is that there’s ample evidence that Trump and his campaign press secretary Hope Hicks were in close communication with Cohen as he tried to buy Stormy Daniels’s silence toward the end of the 2016 campaign.

An FBI agent wrote that in October 2016, in the days following the publication of the Access Hollywood tape in which Trump bragged about groping women, Cohen “exchanged a series of calls, text messages, and emails” with the following people:

For instance, the day after the tape was released, on October 8, Hicks called Cohen — and, per the FBI agent, Trump joined the call. “I believe this was that this was the first call Cohen had received or made to Hicks in at least multiple weeks,” the agent wrote. Shortly afterward, Cohen called Pecker and then received a call from Howard.

Investigators surmised these discussions were about how to prevent more women from coming forward with stories about Trump. Already at this point, Cohen had worked with Pecker and Howard to pay off Karen McDougal, another woman who said she had an affair with Trump, so AMI could get exclusive rights to her story (and bury it). But the Access Hollywood tape’s release was the reason for new urgency.

So yes, this was a cover-up, and Trump was likely in the loop. It was also a criminal cover-up — Cohen admitted knowingly violating campaign finance laws with the hush money payment. He said last year he did so at Trump’s direction, and these documents appear to substantiate that claim.

What happened to the hush money investigation, then?

But the reason we’re seeing all these new documents is that, per prosecutors, there’s no longer an ongoing investigation that merits their continued sealing.

That’s a new development, because it had appeared that others — Trump Organization executives, and even Trump himself — were in some legal jeopardy from the then-continuing probe as recently as a few months back.

For instance, Cohen claimed to have spoken to Trump Organization CFO Allen Weisselberg about how to set up the Karen McDougal payment. Weisselberg was also involved in paying back Cohen for the money he paid Stormy Daniels — in 2017, he split the money into several monthly payments that the company falsely described as “legal expenses.” (Prosecutors investigating the payments reportedly gave Weisselberg immunity for testimony last year, though that did not mean he “flipped” on Trump, as some surmised. The New York Times reported that the immunity grant “was narrow in scope.”)

Then there’s Trump himself, who directed the illegal payments. Why isn’t he being charged? Have prosecutors put it aside only because he’s the sitting president, and can’t be indicted? Or were there evidentiary concerns? (To prove the violation, prosecutors would have to prove that Trump knew the payments were illegal — a tall order.)

Last week’s CNN report that the investigation would soon wrap up contained a curious tidbit. In January, prosecutors asked to interview Trump Organization executives on the topic — but, per “people familiar with the matter,” prosecutors then “never followed up” on that request and “the interviews never took place.”

As Josh Marshall of TalkingPointsMemo points out, Bill Barr was confirmed as attorney general in February, the month after that interview request. The following month, in March, Robert Khuzami — the prosecutor who oversaw the hush money probe — left government. Per the New York Times, he told colleagues his departure was “unrelated to any political pressure.” But now, the investigation has fizzled out.

To be clear, the investigation could be ending for perfectly normal reasons. In fact, there’s no evidence right now of any untoward political interference, even from anonymous sources.

Still, Barr’s political behavior around the Mueller report has spurred some to raise questions about whether everything’s above board here. “Congress must make sure that Barr has done nothing to interfere with the case,” Rep. Adam Schiff (D-CA) tweeted Thursday.

Whatever the case, though, it appears that yet another legal cloud over President Trump has lifted.

Trump has divided conservatives with the border security deal and national...

Apple and Google want to turn your phone into a Covid-tracking...