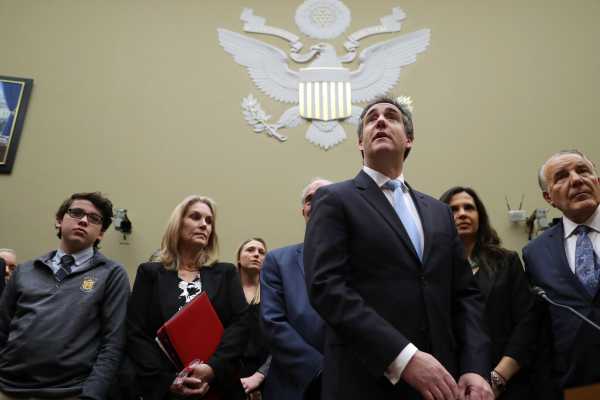 A new ProPublica investigation lends credence to a remarkable claim made by Michael Cohen, President Donald Trump’s former longtime personal lawyer and fixer, during his congressional testimony earlier this year.

Cohen alleged that Trump “inflated his total assets when it served his purposes and deflated his assets to reduce his real estate taxes.” And ProPublica’s Heather Vogell has receipts indicating Cohen knew what he was talking about.

Property tax documents obtained by Vogell via New York’s Freedom of Information Law “show stark differences in how Donald Trump’s businesses reported some expenses, profits and occupancy figures for two Manhattan buildings, giving a lender different figures than they provided to New York City tax authorities. The discrepancies made the buildings appear more profitable to the lender — and less profitable to the officials who set the buildings’ property tax.”

To cite one example from the story, Trump’s representatives told a lender that the occupancy rate in his building at 40 Wall Street in New York City was 59 percent as of the end of 2012. But that figure wasn’t the same as 81 percent occupancy rate for 2012 that was reported to tax authorities. Trump ultimately used the lower occupancy rate figure to create a perception of “leasing momentum” — his company reported that occupancy rates started to rise in 2013 — that was helpful in securing a refinancing.

While there are reasons for such discrepancies that don’t necessarily involve fraud, the pattern that emerges from ProPublica’s analysis suggests that on numerous occasions Trump used one set of figures for lenders and another for tax officials — just as Cohen claimed during his testimony.

If done intentionally, false reporting of this sort can have consequences. As ProPublica’s story notes, New York City’s property tax forms say that the signatory “affirms the truth of the statements made” and that “false filings are subject to all applicable civil and criminal penalties.” Trump of all people should know this — Cohen and former Trump campaign manager Paul Manafort are currently serving time for falsifying tax and bank records.

ProPublica’s investigation is far from the first indication that there’s something fishy going on with Trump’s taxes. About a year ago, the New York Times detailed how Trump received nearly half a billion dollars from his dad, then maintained his fortune with the help of “dubious tax schemes,” including “instances of outright fraud.”

Months later, a separate New York Times investigation revealed that Trump “appears to have lost more money than nearly any other individual American taxpayer” between 1985 and 1994. And earlier this month, the Washington Post broke news about an IRS whistleblower who filed a complaint reporting that there was inappropriate Treasury Department interference in the annual audit of the president’s or vice president’s tax returns.

Trump’s full tax returns would obviously shed a lot more light on his financial dealings. But after promising to release them during his presidential campaign, Trump has reneged. And as my colleague Emily Stewart detailed in August, due to legal wrangling and administration stonewalling, it’s more likely than not that the public won’t see them anytime soon.

Be that as it may, ProPublica’s latest investigation nods toward some of what Trump is trying to hide. And it could be a bigger deal than the president simply being embarrassed to admit he’s not as wealthy as he cracks himself up to be.

No Man An Information Island: How Tech-Nationalism, US Huawei Ban Harms...

To TPP or Not to TPP: Trump May Rekindle Abandoned Pacific...