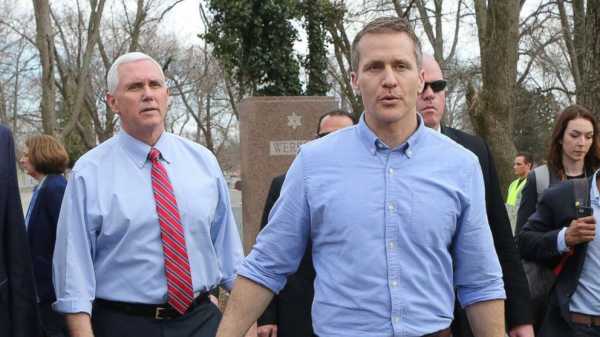 He has categorically denied any illegal actions or non-consensual contact.

In February, Greitens, 44, was indicted and arrested on felony charges of invasion of privacy by a grand jury in St. Louis for allegedly taking a partially or fully nude photo and “subsequently transmitted the image contained in the photograph in a manner that allowed access to that image via a computer.”

The findings made public on Wednesday corroborated reports that a woman alleged he threatened to use a photo to blackmail her into keeping their relationship quiet. The committee, composed of five Republicans and two Democrats, was established Feb. 27, five days after Greitens’ indictment. 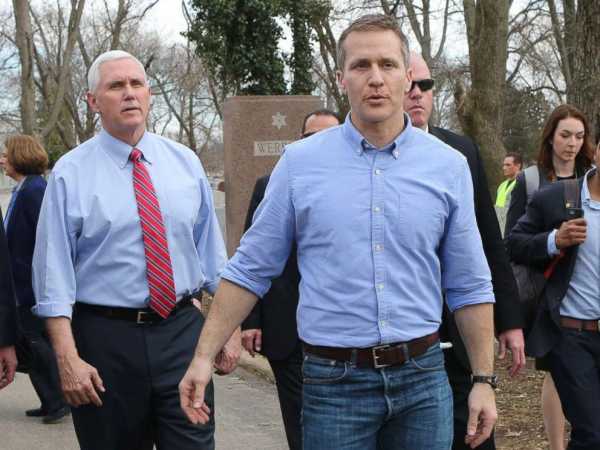 The committee’s report includes graphic testimony about a sexual encounter at Greitens’ home given by his accuser, whom the report identifies as “an overall credible witness.”

“Upon entering the basement, Witness 1 testified that Greitens taped her hands to pull-up rings with ‘this gauzed tape stuff’ and then put a blindfold on her,” according to the report.

The report states that the witness testified that after Greitens ripped her shirt open and pulled down her pants, she heard what sounded like a picture being taken.

“‘[T]hen I hear him kind of, like, step back -– take a step back and I hear -– I can hear like a, like a cell phone -– like a picture, and I can see a flash through the blindfold,'” the report quotes the woman as saying.

Although neither she nor the committee saw the actual picture, it goes on to quote Greitens’ accuser as saying he went on to threaten to release the photo, according to the report. The witness also testified that Greitens said, “‘Don’t even mention my name to anybody at all, because if you do, I’m going to take these pictures, and I’m going to put them everywhere I can.'”

Greitens said in a statement that the relationship was consensual.

“This was an entirely consensual relationship, and any allegation of violence or sexual assault is false,” he said. “This was a months-long consenting relationship between two adults. The accusations published in the House Committee’s report will be directly contradicted by the facts that emerge in court.”

Though Greitens, a former Navy Seal and a rising star in the GOP, apologized for having an extra-marital affair, he declined to testify before the committee and provided it with no additional details.

“To the extent this report does not include Greitens’ perspective, that is the result of his choice not to participate,” the report said.

Greitens has publicly denied any non-consensual contact with his accuser.

According to the report, the witness told the committee she felt fearful, embarrassed and ashamed after telling Greitens she would stay quiet about the interaction.

“Witness 1 testified that after she stated, ‘I don’t want this,’ Greitens ‘stood up and started helping me take down the tape. He was like … calm down, it’s OK,'” the report stated.

The witness said that when she then tried to leave, “‘He grabs me and like –- like, in a bear hug — and was like, shh, shh, it’s OK, calm down, calm down, and like lays me down on this ground in the basement,'” according her testimony in the report.

While on the ground, she said Greitens took down his pants and she engaged in oral sex with him.

According to the report, when asked if she consented, the witness replied: “‘It felt like consent, but, no, I didn’t want to do it.'”

The witness added to her statement later.

“‘Coerced, maybe,'” she said in the report. “‘I felt as though that would allow me to leave.'”

US Officially Notifies Russia of Its Withdrawal From Open Skies Treaty