Home Politics New York is better off without Amazon’s HQ2 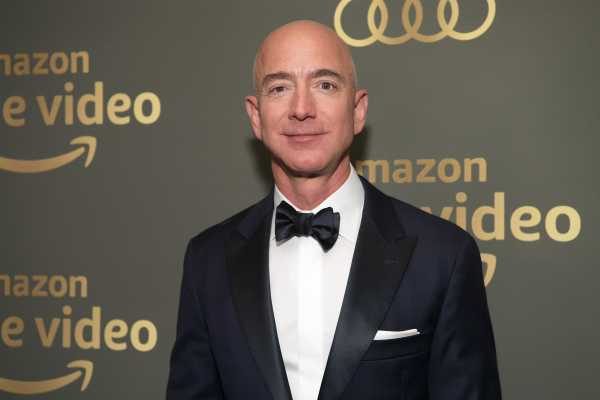 Amazon announced Thursday morning that, in the face of backlash from local elected officials to the intended tax subsidies associated with the plans to build “HQ2” in Long Island City, it is going to drop the project entirely.

That’s a good way for Amazon to send a message to other state and city governments around the country that may be considering tax incentives for Amazon facilities in the future: Jeff Bezos is not kidding around. But it’s also a win for the resurgent left in New York City, which rejected both the specifics of the plan and also more broadly the kind of coziness between elected officials and big business that the dealmaking represented.

While the question of local government subsidies to entice businesses remains an urgent one (see, for example, The Verge’s exposé of Scott Walker’s disastrous $4.1 billion Foxconn boondoggle), the HQ2 drama in many ways reveals an even bigger policy failure.

Simply put, while locating large pools of high-salary white-collar positions in the New York and DC metro areas makes a ton of sense for Amazon, it doesn’t actually make that much sense for either greater New York City or greater Washington. Amazon’s presence will tend to exacerbate those cities’ crises of housing affordability and overburdened transportation infrastructure.

And it makes no sense at all for the United States of America, which urgently needs more economic opportunity in dozens of other metro areas that have a different set of problems. America needs to find a way to do better than this. Being the home to a very large share of the world’s most dynamic high-tech companies is an incredible source of national strength, but in practical terms it does not benefit most Americans. With better policy, it could.

HQ2 initially attracted a huge range of bidders, all of which offered various inducements to Amazon. In the end, though, Amazon didn’t so much go with the highest bidder as simply select two fairly conventional choices — Long Island City in New York and the Crystal City area in the DC suburbs — happy to swoop up the generous tax abatements offered by Virginia and the even more generous ones offered by New York.

These kinds of packages are always controversial and raise the question of whether whatever the public sector will be kicking in is worth the price. But the scarier news for places like New York is the evidence that an Amazon-type influx might not be beneficial at all.

Over a decade ago, housing economists Janna Matlack and Jacob Vigdor investigated the economic impact of unequal economic development and found that “in tight housing markets, the poor do worse when the rich get richer.”

A “tight” housing market, in this case, is a market like greater New York or greater Washington, where the cost of buying a house greatly exceeds the actual construction costs of new buildings. The problem in markets like this is that when the rich get richer — say because a new office complex opens and hires 20,000 to 30,000 people for six-figure salaries — the price of scarce housing rises.

If you actually get a job at Amazon or have the kind of job skills that you plausibly could get a job at Amazon, this will pay off for you because you’ll end up with higher wages that more than equal the higher rent. But if you work in a restaurant or cut hair or clean houses or drive a cab, you’ll probably end up worse off.

This is, however, not an inevitable consequence of the rich getting richer. Matlack and Vigdor find that in housing markets that are “slack” — where there is either plenty of existing housing or it is easy to build new homes so that sale prices approximately equal construction costs — there are spillover benefits. In a slack market, the new rich people don’t impact rents very much but their presence creates new working-class job opportunities. In the right location, in other words, a big new Amazon office park could have been a boon. But America didn’t get the right location.

Tight markets could be less tight

Of course, the fact that the housing markets in the DC and New York areas are “tight” is not a fact of nature.

This is especially clear in the case of Crystal City, which is part of a small dense corridor of development east of the highway US 1 that is immediately adjacent to the low-density single-family home neighborhoods of Aurora Highlands and Arlington Ridge. 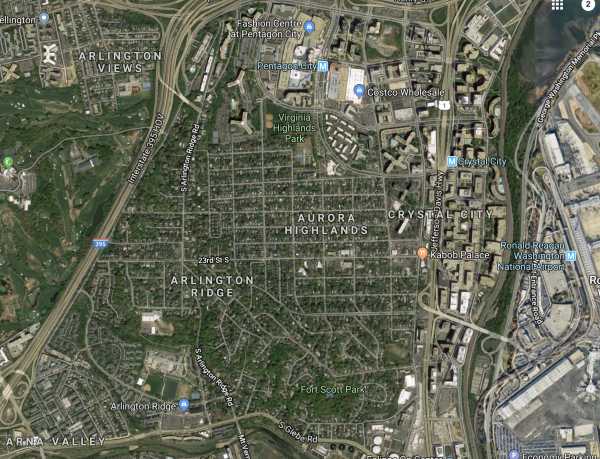 There’s nothing wrong with detached single-family homes, to be clear, but what’s going on here is that it’s illegal to build anything more dense than that. If the law was changed to allow townhouses and apartment buildings to be built on that land, the area could accommodate a huge influx of new people who would live within a 10- to 30-minute walk from the new Crystal City office park as well as the job centers to the north around Pentagon City.

Thinking more regionally, the even-pricier close-in parts of the metro area — specifically the northern part of Arlington County, the portions of DC west of Rock Creek Park, and much of the Bethesda and Chevy Chase areas in Montgomery County — could easily accommodate huge amounts of transit-accessible development if the zoning code allowed it.

New York City is, overall, much denser than DC and thankfully does not ban apartment buildings across most of its terrain. Still, relative to prices, New York actually does very little building of new units these days. And the New York suburbs on Long Island have some of the most viciously exclusionary practices of anywhere in America. And of course in Seattle itself, where the problem of tight housing markets first started to bite Amazon, apartments are only legal in about 17 percent of the buildable land.

Ending apartment bans (and related practices like regulatory parking minimums that do apply in most of New York even where apartments are legal) would not solve every housing policy problem in the United States. But it would greatly alleviate the middle-class housing crunch while generating new property tax revenue (rather than requiring subsidies) that could be used for housing vouchers or new public housing developments.

Of course, local policymakers are deeply reluctant to change their existing zoning practices because incumbent homeowners normally like neighborhoods to stay the way they are. But if they refuse to do so, the best cure for excessive government regulation of housing markets might be for the federal government to take a less laissez-faire attitude toward these major corporate relocation questions.

The economic impact of locating a new corporate campus with 20,000 highly paid jobs would be radically different in a city like Detroit, Cleveland, or Indianapolis, for the simple reason that these cities have a lot of slack in their housing markets.

One easy way to see that is with an index that Issi Romem, an economist at UC Berkeley, and BuildZoom created, which compares the average price of buying a house in a given metro area to the average “replacement cost” of a house in that area. The replacement cost is basically what you would need to spend to replace the house if it were destroyed in a tornado tomorrow.

As you can see from this chart, New York and Washington already have some of the highest ratios in the country. Adding new high-end jobs to these very tight markets is only going to further squeeze the poor.

By contrast, adding a bunch of new jobs to one of the cities where the ratio is below one would be an incredibly useful local economic stimulus. Housing affordability is good, but when homes get more expensive to replace than to buy, the market turns dysfunctional. It’s no longer economically rational for landlords to invest in maintaining the properties they own. Middle-class homeowners tend to try to keep things in good order whether or not it’s economically rational, but that simply means people are pouring time and money into a money-losing investment.

Some of these cities are clearly too small to support an office complex on the scale Amazon is talking about. But downtown Cleveland already has about 100,000 jobs in it, which is (obviously) less than central Manhattan but about double Long Island City. And the Detroit metropolitan area has a slightly higher population than Greater Seattle, though the latter will quickly overtake it. Cleveland and Detroit also feature major airports that currently operate below their historical peak passenger loads, and are blessed with first-rate cultural amenities (museums, sports teams, live performance venues, etc.) as part of the legacy of their pasts as more prosperous cities.

None of which is to say that Amazon made a mistake by planning to open its branch offices in two prosperous superstar cities. Tech workers, rationally, prefer to live in cities that feature multiple tech employers because that gives them exit options and flexibility. That, in turn, means that companies that want to hire tech workers like to operate in cities that other tech companies operate in. That means first and foremost the Bay Area, followed by New York and Seattle, followed by DC and perhaps Boston and Austin.

But the overall dynamic of rich cities getting richer while their low-income residents actually get poorer and the legacy infrastructure and housing stock in the midwest steadily deteriorates is profoundly dysfunctional. The wishful thinking that the HQ2 search touched off followed by its predictable endgame shows this isn’t a problem that’s going to fix itself — federal policymakers need to take a stronger hand in steering these kind of decisions if we want things to ever change.

India Turns to China-Based AIIB for Loans to Fund its Infrastructure...

Germany’s Heiko Maas Not Surprised by Uncoordinated US Move to Pull...