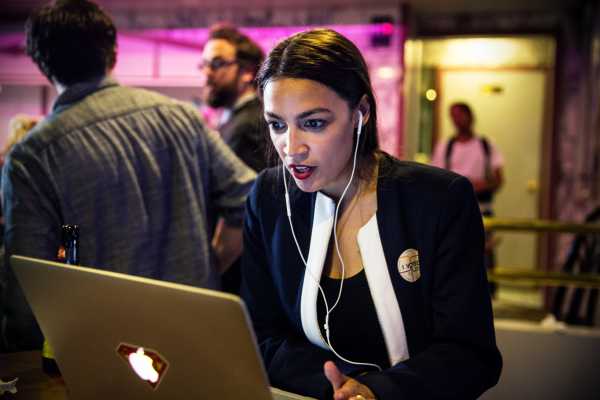 Representative-elect Alexandra Ocasio-Cortez recently caused a stir when she announced her intent to pay her interns “at least” $15 dollars an hour. But how much impact will that have?

Even as the incoming members of Congress include a record number of women and people of color, Congress will still have a considerable diversity problem. The problem is not just the elected members, but also the staff they rely on to govern a nation of 330 million people.

Lawmakers and reformers are right to focus on the effect that unpaid internships can have on the pipeline of congressional staff. Unpaid internships ensure that only people with the means to support themselves can gain entry-level experience in Congress.

While paying interns a living wage is an important first step, reform must go farther to begin solving the staffer pipeline problem. Because junior staffers are also routinely overworked and underpaid the same exclusive dynamics that may prevent those without means from taking these jobs.

According to a survey of congressional staffers we conducted in 2017, approximately 63 percent of staffers began their career in politics by interning in Congress. Of these staffers, 79 percent worked in DC (as opposed to their member’s district office) and 66 percent were unpaid. This has a major effect on who has an opportunity to do public service in the nation’s Capitol. One now-senior staffer we interviewed for our study put it plainly:

Congress recently set aside money to pay interns. But according to a Vox estimate, this new funding amounts to only $20,000 per office in the House and $50,000 in the Senate, to be split by all interns. In the House this not even enough to pay one full-time equivalent time intern $15 dollars an hour, in the Senate it is not enough for two full-time equivalents. Most likely offices will split this money among many people, so interns may expect a stipend of a few thousand dollars at most.

The stipends will certainly be useful, but will hardly be enough to get by in Washington. The low pay is unlikely to keep young people from being exploited since members of Congress rely on interns as cheap labor. Another senior staffer who supervises mid-and junior-level staff in a Congress member’s Washington office said:

The Capitol Hill internship is an underpaid foot-in-the-door job, not merely a college credit-earning experiential learning opportunity. Indeed, a number of interviewees said it is commonplace for “interns” have bachelors or even advanced degrees. And the student loans to go along with them.

Perhaps more importantly, the intern stipend is unlikely to resolve the real diversity situation. The crux of the problem extends well beyond the underpaid intern workforce. Congress systematically underpays and overworks its professional staffers.

The median junior staffer (staff assistant, legislative correspondent, etc.), who holds at least a college degree, and frequently a master’s or law degree, reports working between 50 and 59 hours a week. On average, they earn slightly less than $29,500 dollars a year.

With a median household income of about $95,000, Washington, DC metro area is the third-priciest place to live in the US. If we assume 48 work weeks a year, the median junior staffer in Congress earns between $10.25 and $12.00 an hour.

Not only are junior staff currently paid less than what Ocasio-Cortez recommends for temporary interns, they are paid well under the DC minimum wage of $13.25 an hour. These junior staffers typically hold these jobs for a year or more. And they probably don’t do it without being bankrolled by their parents.

Ultimately, the implication of this is clear: The only way to go into a career of public service in the representative branch of government is to spend several years working unpaid or for less than minimum wage.

This fact is no secret. In our survey, 68 percent of senior, supervising staff list “increasing pay for existing staff” as their top priority when asked how they would allocate increases in office budgets. The issue, rather, is that both parties have made increasing their office budgets is politically untenable. Consider how a veteran Democratic staffer describes the problem:

The problem with congressional staff is not one that can be solved with simple human resource management solutions, like simply compensating employees fairly to keep them from going through the revolving door to K Street.

It’s a political problem. It needs a political solution. One that begins with recognizing Congress’s capacity problem won’t end even if you kick the bums out.

What to Stream This Weekend: Zazie Beetz in “Sollers Point,” A...