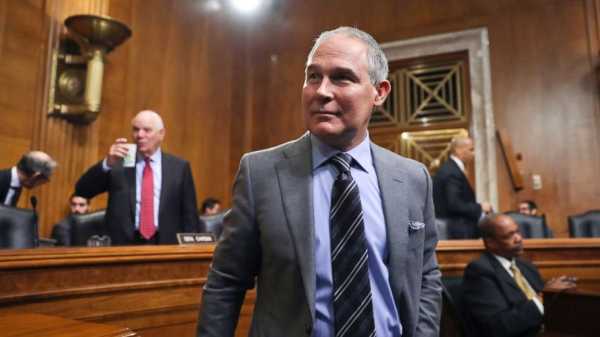 The city agency “has issued a Notice of Infraction to the [landlord] for engaging in unlicensed rental housing activity,” a release issued Thursday said. The designated landlord in the deal, Vicki Hart, is married to J. Steven Hart, the chairman of a prominent Washington, D.C., law firm whose lobbying clients include large energy companies.

The missing permit, which carries the possibility of a $2,000 fine, is required in the city for Airbnb-style rentals and is one of a number of irregularities about the rental arrangement that has befuddled some Democratic lawmakers and Washington ethics experts who studied the paperwork made public Thursday.

“This lease is deeply suspicious,” said Bryson Morgan, a private attorney who served as investigative counsel at the U.S. House of Representatives Office of Congressional Ethics from 2013 to 2015.

Trump expresses confidence in Pruitt despite criticism over living arrangements 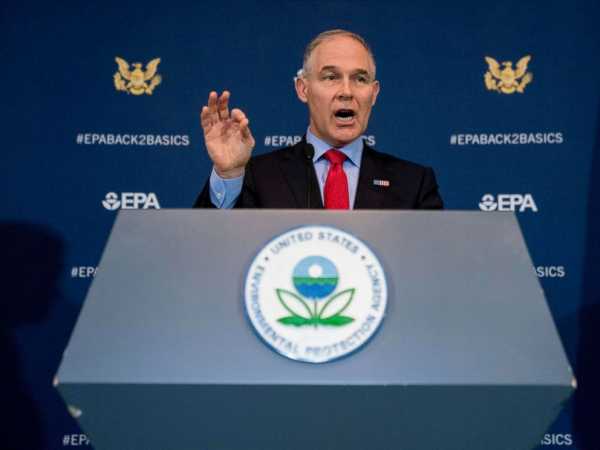 Beyer told ABC News that one of his concerns is that the document is signed, but not dated. It appears as though Vicki Hart began to enter the date, but did not complete it. There is no date next to Pruitt’s signature. He said that makes it impossible to determine when they signed the agreement. “We just don’t know,” he said.

Vicki Hart, also a lobbyist, declined to discuss the details of how she and Pruitt negotiated the terms of his rental stay, and she would not answer when asked who drafted the formal lease agreement.

Pruitt has repeatedly defended the lease arrangement and pointed to an internal EPA ethics ruling that said the agreement passed muster. “And I think what’s missed in this: I didn’t rent a unit. I didn’t rent an apartment. This was an Airbnb-type situation where I rented literally one room that was used in a temporary status until I found more permanent residence,” Pruitt told the Daily Signal website earlier this week.

Steve Hart, the landlord’s husband, was quoted by Politico dismissing any suggestion that the condo rental gave his firm, Williams & Jensen, undue influence.

“As I have stated previously, the condominium is not owned by Williams & Jensen, its partners, or any other employees of the firm, and any suggestion that Administrator Pruitt’s short-term rental of one of its bedrooms in 2017 resulted in undue influence for the firm or its clients with business before the EPA is simply false,” Hart said. “I am confident in these facts, and certain that all fair and impartial assessments of the matter will conclude accordingly. Finally, I apologize to my wife, Vicki, whose fantastic career is being maligned unnecessarily.”

A source familiar with the rental terms told ABC News the agreement was signed in advance of the rental and the Harts turned over canceled checks to the EPA to verify when payments occurred. The EPA did not respond to questions Thursday about who executed the lease, when it was signed, and why the dates appeared to have been left off the signature lines on the document, which says in print at the top it was initiated on Feb. 15, 2017.

Noah Bookbinder, the executive director of Citizens for Responsibility and Ethics in Washington, said he was alarmed that the name printed by the signature line at the end of the legal rental agreement is “Steve Hart,” a man who had no ownership interest in condo, according to property records. His first name was then scratched out and replaced with “Vicki” printed by hand. 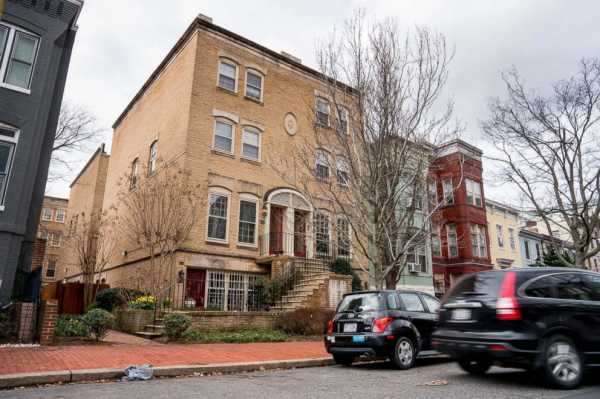 “Pruitt should have recognized upon seeing Hart’s name, if not before, that signing a lease with someone who had such clear potential conflicts of interest was unacceptable,” Bookbinder said.

Several congressional Democrats have written to the EPA asking for further documentation of the rental arrangement, but Beyer said he is not optimistic the agency will comply.

“The most effective thing we can do is bring these scandals to the public’s attention,” he said.

A spokesman for the Harts told ABC News they have not received anything from the D.C. government about the infraction notice. D.C. officials said the Harts retain the right to appeal the ruling.

Pruitt also drew scrutiny this week for allegedly supporting a plan to give two of his most loyal aides salary hikes. The move, which happened last month, was made after an initial effort to get the White House to sign off on the increase, which the White House denied, according to two sources familiar with the matter. It was then that a loophole was used in the Safe Drinking Water Act, allowing for the salary hikes to kick in.

While Pruitt denied knowledge of the salary hikes during an interview with Fox News, an EPA source told ABC News that “the second we saw the Fox interview we all said he was lying.”

It was during a contentious interview Pruitt had with Fox News’ Ed Henry on Wednesday in which he claimed he “found out this yesterday and I corrected the action, and we are in the process of finding out how it took place and correcting that going forward.”

Pruitt’s alleged knowledge of the hikes was first reported by The Washington Post.

The Note: Punching back at the counter-puncher Trump

‘I failed to protect’ former staffer from harassment: Congresswoman