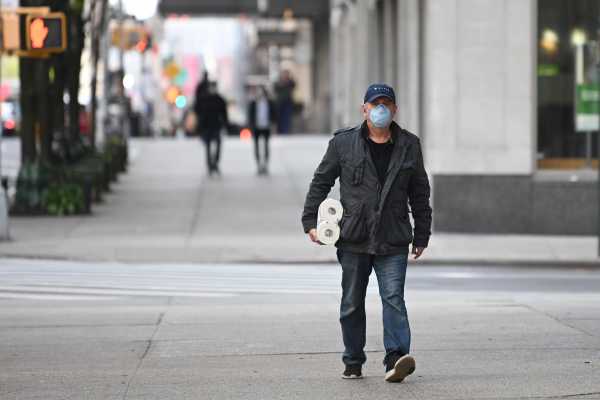 A new study from the Pew Research Center suggests many Americans had a poor understanding of the risks posed by the coronavirus in the early days of the pandemic — and that the majority, some correctly and some incorrectly, felt they were being presented with untrue information from the media.

The survey of 8,914 US adults, conducted from March 10-16 (with a 1.6 percentage point margin of error), found 80 percent of respondents noting they had been exposed to at least some false news reports about the virus (48 percent said they’d seen “a lot” or “some” and 32 percent saying they’d seen some but “not much” fake news).

About half of those respondents gave examples of the misinformation they believed they’d seen — and not all of it was actually false news.

For example, 22 percent of those respondents said the news had exaggerated the risks of the pandemic, citing reports recommending people stock up on food and estimates of potential death tolls as overstating the seriousness of the virus. Nineteen percent said they saw reports that millions of people could die from the virus and believed these to be exaggerated.

We now know the virus does indeed pose a serious threat, and it has, since the survey was conducted, been classified as a pandemic. It is true that millions have not died from the virus, but in early March, many reports relied on models that were based on an assumption that governments would not take aggressive mitigation strategies, like social distancing and shelter-in-place orders — and that, as a result, millions of deaths would be seen. It is important to remember, however, that despite those measures, the confirmed worldwide death toll currently exceeds 100,000 and will continue to grow for the foreseeable future.

Some respondents reported seeing news that undersold the severity of the virus: 15 percent of respondents claimed the media was understating its risks, with 12 percent calling into question reports equating the virus with the flu. And another 10 percent reported concerns about stories elevating false claims about the virus made at the time by President Donald Trump.

There is some truth to this, as explained by Recode’s Peter Kafka:

The survey is a potent reminder of the effects this muddled messaging had, with some appearing to disregard accurate information as false.

A clear understanding of the risks inherent to the virus is critical to getting folks to buy into subsequent social distancing guidelines and state-level shelter-at-home orders. Most Americans now seemingly understand that staying at home is the biggest key to staying safe from catching the virus and avoiding passing it on to others. But the fact there wasn’t total clarity — or agreement on — the risks in early March means that valuable time may have been lost in getting Americans to adopt these practices.

What Is Known So Far About the Colorado Supermarket Shooting