Home Politics The most diverse field of Democratic presidential candidates ever is hiring diverse... 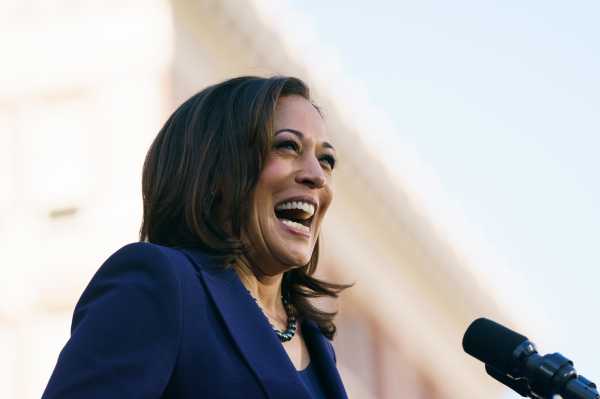 The field of Democratic presidential hopefuls is the most diverse ever — it features a record number of women and several people of color — and it turns out candidates are hiring a diverse slate of campaign staff as well.

“We know that diversity isn’t about creating a pretty picture, it’s about getting good policy. So it matters that women are calling the shots even if we can’t always see them,” Jess McIntosh, a Democratic strategist and former aide for the Hillary Clinton campaign, told Vox.

The WSJ study, which focused on nine campaigns that topped a RealClearPolitics polling average in mid-May, found that women made up more than half of senior advisers for several candidates. Castro; Harris; Sens. Elizabeth Warren, Bernie Sanders, Kirsten Gillibrand, and Cory Booker; and former Vice President Joe Biden employed mostly women in these roles. President Donald Trump’s reelection campaign is also comprised of roughly 53 percent women in senior positions. And about a quarter of all the staffers the WSJ surveyed identified as women of color.

Several campaign officials emphasized that hiring a diverse staff was a top priority. Faiz Shakir, Sanders’s campaign manager, noted that the senator specifically called out the issue as one he’d like to address, after his staff was criticized as too white and too male in 2016.

“He emphasized to me as we were building the team: ‘I want a team that looks like America,’” Shakir told WSJ.

The impact of diversifying a campaign’s make-up is huge, especially given how white and male politics continues to be. Despite the significant gains made by women candidates in 2018, for example, 77 percent of the House is still comprised of men, as is 75 percent of the Senate.

Not only does greater representation among staff establish a strong pipeline for future campaigns, congressional offices, and the White House, it also ensures that there are varied perspectives about policy and voter outreach. As a Politico story notes, the need to diversify staff has become more and more vital, both to satisfy — and connect with — an increasingly diverse Democratic base.

“If they are Democratic candidates running for president of the United States and they don’t have a diverse enough Rolodex to find [staff] that reflect the base of the party they want to represent as the nominee,” Color of Change president Rashad Robinson told Politico, “then they are probably not the right candidate to run.”

Senior staffers play a major role in shaping the issues candidates focus on and the strategies they execute as they campaign. When there are gaps in representation among advisers and consultants, the impact can be devastating, HuffPost reports.

This cycle, numerous 2020 candidates have been called out for having Spanish language websites that feature choppy phrasing and inaccurate translations. And many voters of color including Latino voters, Asian American voters, and African American voters have said they’ve felt overlooked by political candidates, despite being important constituencies that can turn the tide of elections.

The growing diversity of the staffers advising the 2020 candidates could help address these gaps, and ultimately eliminate them altogether.

Trump says he signed $1.3 trillion spending bill after threatening to...