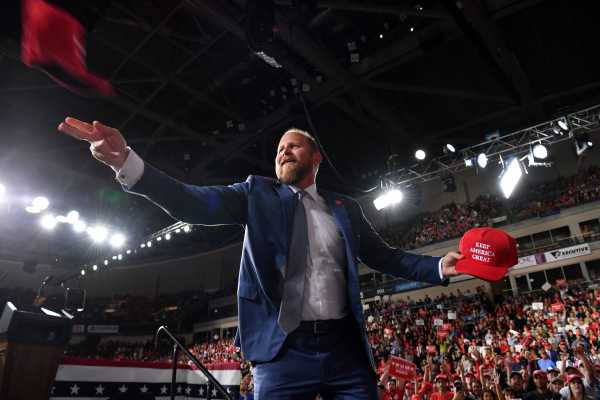 Trump 2020 campaign manager Brad Parscale wants you to believe that impeachment polling in vulnerable Democratic-controlled congressional districts looks bad for House Speaker Nancy Pelosi’s hopes of keeping the chamber blue. There are some worrying signs for Democrats. But the out-of-context way Parscale is making his case actually reflects how weak Trump’s position is.

On Thursday, Parscale tweeted out polling from Fabrizio, Lee, and Associates — a firm formerly associated with Paul Manafort that worked on Donald Trump’s 2016 campaign — indicating that a majority of voters in Oklahoma’s Fifth Congressional District oppose impeachment (52-45), and that a narrow plurality favor the GOP candidate on a generic ballot (49-42). The district is in central Oklahoma and includes Oklahoma City.

“Nancy Pelosi is marching members of her caucus off the plank and into the abyss,” Parscale wrote. “Impeachment is killing her freshman members and polling proves it.”

In a vacuum, those numbers might not look great for Horn, a first-time Congress member who prevailed over two-term Republican incumbent Steve Russell last year by less than a percentage point (50.7-49.3). But Parscale’s tweet leaves out a lot of important context.

For one, Horn is the first Democrat to represent OK-5 since 1975, back when Gerald Ford was president. And until last year, the district had been deep red. Russell won by more than 20 points in 2016 and Trump carried the district by 14 points. Mitt Romney beat Barack Obama by 19 points in 2012. In fact, before Trump won 53 percent of the vote in 2016, no Republican presidential candidate had received less than 59 percent in an election this century.

Your guide to the Donald Trump impeachment saga 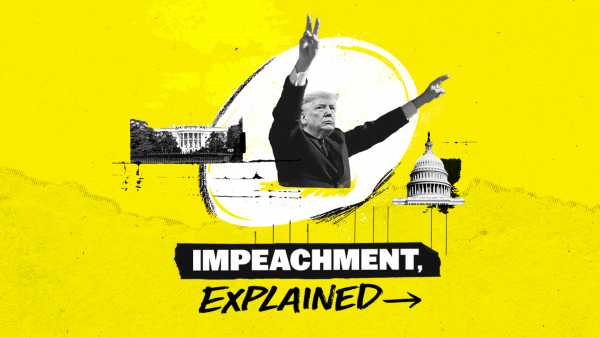 Understand the impeachment process, from its history to what comes next. Explore the full guide here.

But Horn took the seat as part of a 2018 blue wave that claimed 40 House seats and gave Democrats control of the chamber. So the fact that the seat’s even in play next year reflects Trump’s weakness, not his strength.

As Mike DeBonis of the Washington Post noted, instead of being worried about Parscale’s polling, Democratic strategists are more likely to feel encouraged about it indicating that 45 percent of voters in a district that was deep red until he came on the scene support impeachment.

Horn avoided directly criticizing Trump during the 2016 race, but did campaign on what the HuffPost describes as a “broadly left-wing platform” focused on “gun control, more funding for education, tighter campaign finance controls and opposition to private prison.”

She has hedged her bets on impeachment. After Pelosi announced on Thursday that Democrats are moving forward with articles on impeachment, Horn released a statement saying she’s “reserving judgement until I have all the facts and until I have reviewed any articles to be brought before the House of Representatives for a vote.”

Why “Phantom Thread” Is Propaganda for Toxic Masculinity |

Everyone in heavyweight boxing knows who the real champion is, says...