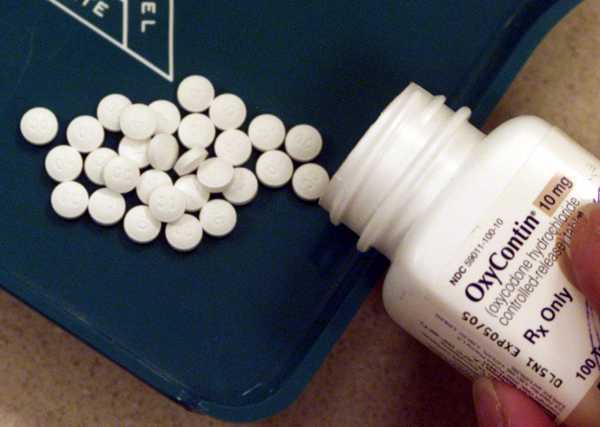 More than 72,000 people died of drug overdoses in 2017, according to preliminary CDC data, by far the most deaths on record in a single year and almost all of them died from opioid overdoses.

Six states have sued Purdue Pharma, the maker of the landmark painkiller OxyContin, over the crisis, alleging misleading marketing led to dramatic overprescribing while underplaying the drug’s deadly dangers if misused.

But Purdue has denied any wrongdoing, even as it finally has stopped marketing OxyContin to doctors. In fact, as we learned on Friday, the family that owns Purdue wants to get a piece of the growing industry to treat the opioid addictions that the states have alleged Purdue created.

The Financial Times reported on Friday that Richard Sackler, of the Purdue-owning Sackler family, “was granted a patent earlier this year for a reformulation of a drug used to wean addicts off opioids.”

In other words, he now wants to make money fixing the crisis that public officials say his family’s company made billions of dollars helping to start.

The patent is for a dissolvable wafer that helps alleviate opioid cravings, according to the Times, if you were curious. The belief is that the wafer would be less prone than pills to being diverted for illicit use.

The sly trick in the new GOP line on Medicare

The new Republican stump line: When Democrats say they want Medicare-for-all, they really mean they want to end Medicare as we know it.

A good example in the wild, from the Republican candidate for Senate, Florida Gov. Rick Scott:

President Trump likes this line too.

The Huffington Post’s Jonathan Cohn concisely laid out the policy absurdity of the party that has supported Medicare privatization in the very recent past now claiming to be the program’s defenders. (Not to mention the logical gymnastics necessary to argue you are protecting this universal government program from… socialism.)

But Scott and maybe even Trump himself know exactly what they are doing. Vox’s own Matt Yglesias covered some important research that helps to reconcile reality with the Republican rhetoric. In short: older (i.e.: GOP) voters, presumably on Medicare themselves, have become more and more opposed to other government expansions of health insurance.

Setting aside the open-ended questions about Medicare-for-all, the proposal as designed would actually improve health coverage for senior citizens who are covered right now by Medicare.

But Trump and Scott and other Republicans are tapping into a very real fear people have that they will somehow be harmed if other people start getting more government help with their health care. It might be illogical, but it is a very clever rhetorical trick.

The Associated Press and Avalere Health pieced through the 2019 rate filings and found that Obamacare premiums are, on average, barely rising next year: just 3.6 percent.

We haven’t felt the full brunt of the Trump adminstration’s short-term insurance plans yet, and enrollment did decline slightly last year when you would have expected it to keep increasing. Not to mention that some folks, particularly those who don’t receive subsidies, might already be priced out of the market.

But the minimal premium hikes suggest we are not living through the slow death of Obamacare. Rather the program has stabilized into something different than originally imagined: a limited market where lower-income people or people with preexisting conditions who really need coverage no matter the cost can get health insurance.

It’s not perfect. It could be working better, maybe a lot better. But it’s not collapsing.

One explanation for the marginal rate hikes is that insurers are starting to make more money on Obamacare. This chart, tweeted today by the Kaiser Family Foundation’s Larry Levitt, tells the story:

Poor people in Arkansas are officially starting to lose their Medicaid coverage because of work requirements. It’s that simple. Georgetown University’s Joan Alker looks at the data (emphasis mine):

We knew this would happen. Most Medicaid enrollees either already work or wouldn’t be expected to work because they are children, or elderly, or they have a disability. The real fear was that people would lose coverage because the reporting requirements are too burdensome.

Based on Alker’s analysis, that is exactly what has happened in Arkansas.

By signing up, you agree to our Privacy Policy and European users agree to the data transfer policy.
For more newsletters, check out our newsletters page.

US Coast Guard and Canadian forces seize 12 tons of cocaine

Republicans don’t care if Kavanaugh is guilty because they don’t think...