Home Politics There is no culture war peace treaty 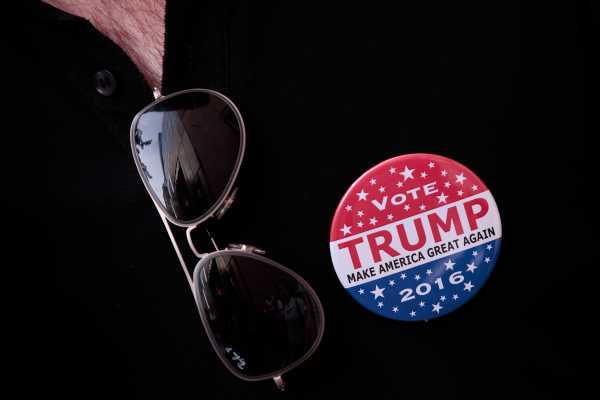 Liberals frequently wonder how evangelicals and other conservative Christians can possibly justify supporting President Donald Trump, given his flagrant personal immorality and dangerously unfit temperament. Why can’t they get over their culture war, the argument goes, and vote for a Democrat to save the republic?

In a provocative piece in National Review published Wednesday, Michael Brendan Dougherty turns the question on its head — asking people on the left why they won’t give up on their culture war, moderating on issues like abortion and “religious freedom” exemptions to anti-discrimination law in the name of stopping Trump.

“Democrats are no more willing than social-conservative Trump supporters to lay down their culture-war objectives and enmities in order to save the constitution from the president,” he writes.

Dougherty believes that both groups are, when you get down to it, pretty much the same on these issues: Both care much more about issues relating to social justice and religion in public life than they do Trump.

“Progressives believe they are just vindicating human rights when they pursue their culture-war goals relentlessly,” he writes. “Like Evangelicals, they don’t think Donald Trump’s depredations — however appalling — are a reason to lay down their arms.”

But here’s the thing: Dougherty’s analysis only makes sense if you think evangelicals are holding their nose and voting for Trump despite disliking him. But that’s not what polling suggests. Evangelicals like this president — they don’t think he’s a threat to the republic at all. 77 percent of white evangelicals approved of Trump’s job performance in an October PRRI survey; they were the only religious group in the survey with a majority believing Trump has not damaged the dignity of the presidency.

There’s no solid reason to think evangelicals and other Christian conservatives are Trump waverers, wringing their hands and hoping for a moderate Democratic turn — like, say, the nomination of Joe Biden for president — who could give them a pretext to abandon the president. It would be political malpractice for a Democratic campaign to betray their base in order to tilt after evangelical windmills.

This speaks to a deeper problem with Dougherty’s analysis. His argument is premised on the idea that religious conservatives are primarily concerned about LGBTQ issues and insurance coverage of birth control. But the polling data suggests that simply is not true: They have conservative views on a whole swath of issues, including ones about race and identity that are so central to Trump’s appeal. You cannot disentangle their support for Trump’s policies on “religious freedom” from their support for his border wall and racial demagoguery.

The American public is not divided exclusively by their views of religion: They are divided by their view of what America should look like as a whole. Our various culture wars have become a giant culture war, and it’s hard to disentangle one component from the rest of it.

The unity of the culture war

Earlier this year, Trinity Evangelical Divinity School’s Craig Ott and Juan Carlos Téllez published a survey of the academic and statistical literature on evangelical opinions on immigration. They found that “white evangelicals have the most negative views regarding immigration” as compared to “compared to all other religious groups.”

Interestingly, these grassroots opinions seem to arise in spite of more moderate statements from evangelical leaders and organizations. In Ott and Téllez’s view, “their attitudes and the manner in which they form their opinions appear inconsistent with evangelical convictions.” Sheer religious conviction isn’t driving these voters’ behavior, at least according to these scholars’ read of the available research.

Their analysis is borne out by recent polling on policy. Sixty-one percent of white evangelicals support Trump’s travel ban, per one 2019 survey. A Pew report found that 68 percent did not believe the US had an obligation to take in refugees — more than any other religious group surveyed. About 75 percent of white evangelicals support Trump’s proposal for a US-Mexico border wall.

These restrictive attitudes reflect deeper negative attitudes toward diversity. In one study, white evangelicals were the only religious group surveyed where a plurality (44 percent) had a “negative” view of Muslims. A data analysis by Denison University’s Paul Djupe found that white evangelicals have considerably more racial resentment toward African-Americans than the general white population. A 2018 PRRI survey found that a majority of white evangelicals believed that a majority-minority America would have a “mostly negative” effect on the country — again, alone among religious groups in the sample.

Perhaps this seems obvious. Doesn’t all this data merely show that a conservative demographic group is, in fact, conservative?

But that’s precisely my point. Today, partisan identity forms what political scientist Liliana Mason calls a “mega-identity” — a category that encompasses various different ways we think about ourselves into one giant bundle. Voting Republican isn’t just a way for white religious conservatives to protect themselves from secular attacks on their institutions; it’s also an expression of their deep anxiety created by demographic change and the upending of historic racial hierarchies. Their fear is not just one of religious persecution or racial progress, but of both combining into a unified whole of a country that is no longer there.

We’re locked in not several culture wars, but one giant one

Under these circumstances, “the outcome of an election then feels so much more consequential for our own broader sense of who we are,” as Mason put it in an interview. “We can’t just say: ‘Well one part of me lost, but the rest of me is still doing great’ (or vice versa). Instead, we feel devastated when we lose and really really great when we win.”

That sense of so much being on the line, of an entire way of life being under threat, means that partisan identification becomes an irresistibly powerful lure for voters. No amount of Democratic policy moderation on narrow issues of religious liberty is going to overcome this amount of deep partisan polarization. Dougherty is preoccupied by the case of the Little Sisters of the Poor, a small Catholic charity that sought exemption from Obamacare’s birth control mandate. But I’ll guarantee you that case is a lot less important to Trump’s evangelical voter base than the Wall.

You can see the profound shaping effect in another religious group: Catholics. American Catholics are split into two roughly equally sized partisan camps — and have sharply polarized attitudes as a result. Pew asked Catholics in January whether they supported “substantially expanding” the border wall with Mexico; 91 percent of Catholic Democrats opposed it, while 81 percent of Catholic Republicans supported it. You can see similar partisan splits on other issues Pew polled, even ones of doctrinal relevance like abortion and climate change. It doesn’t make sense to speak of a Catholic vote; it makes sense to speak of two Catholic votes, a Democratic and a Republican one.

In a world where extreme polarization and social anxieties play a central role in politics, simple policy moderation is not enough to change the way that polarized groups vote.

The truth is we’re locked in not several culture wars, but one giant one: a battle over the country’s future about which partisan camps have very, very different ideas.

1 in 3 young adults ride with impaired drivers, according to...

The Pleasurable Patterns of the “Killing Eve” Season Finale |

What to Stream This Weekend: How to Find Good Movies on...